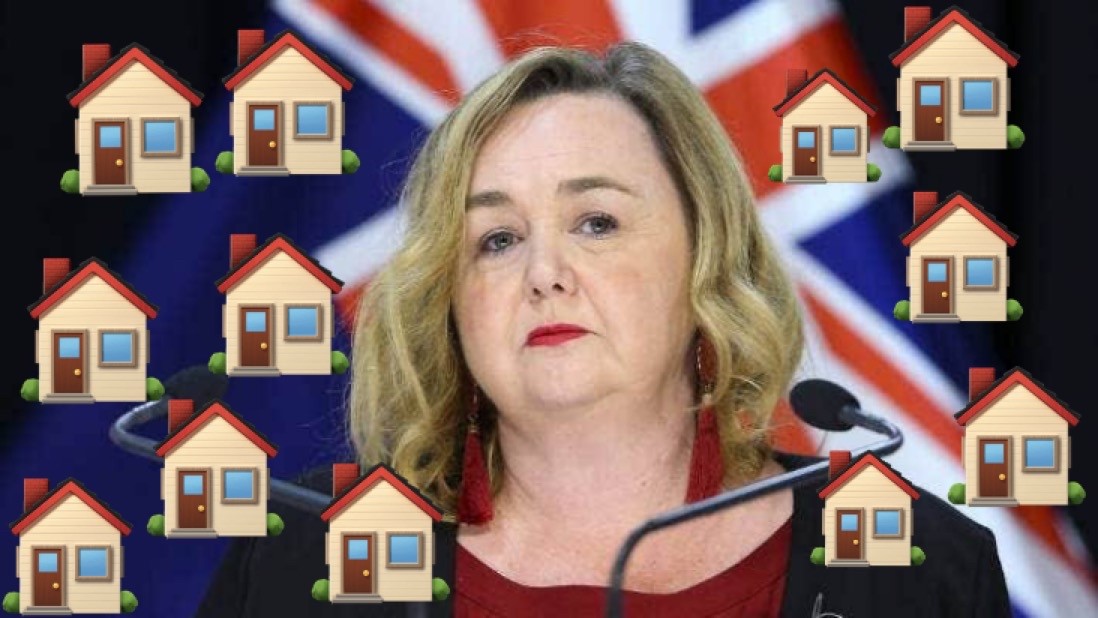 The following is a diary note from Dr Megan Woods. (satire)

My big housing announcement did not go nearly as well as expected.

People are missing the big picture which is about community, inclusivity, well-being, and kindness.

Instead, they are overly fixated on the numbers. Specifically, the number 12 – because that is the exact number of homes we have gotten people into within just three years of my flagship housing policy.

You know it is a bad sign when Phil Twyford is mocking you in caucus. I caught him outside my electorate office building a billboard with that terrible “The Count” cartoon on it. In the ten minutes I watched, Phil managed to nail his jacket to the framing, and then the semi-erect billboard fell on him. It took me ten minutes to get through to emergency services because I was laughing so hard.

This was poetic justice as Phil is responsible for my PR issue.

When I took over his “Kiwibuild Triumph” (as he and only he called it), I foolishly asked for his advice. I had already decided to pretend his flagship policy never happened and not mention it ever again. However, I was bit hazier on the details of my own flagship policy which was going to replace Kiwibuild (if it existed, which it didn’t) and solve the housing crisis (which existed when we were in opposition but ended the instant Jacinda was sworn in).

Dr Woods: Phil honey, I was thinking the target should be a nice round number. For three years and all the money Grant Robertson has given me, 100,000 seems reasonable.

Phil: Oh no Megan poppet. Housing is so much more complicated than just building a house.

Dr Woods: You have certainly demonstrated that in recent years Phil bunny. How about 10,000?

Phil: I fear you are being overly optimistic Meggy Weggy. I was thinking 10.

So, this week we actually exceeded our own secret internal target by 20%, and yet we get zero credit for it! This policy was approved at the very highest level. Working on it late one night in the Beehive, Helen Clark emerged from the shadows in my office and cast her firm but caring eye over my document.

Dr Woods: I need your advice o great and wise one. I was thinking of applying a policy principle that government and councils should get out of the way and make it easier for people to get their own homes.

My policy proposal spontaneously caught fire under her kindly stare. Fortunately, Heather Simpson had prepared a completely different housing policy and it was implemented the next morning. Democracy in action is a marvelous thing.