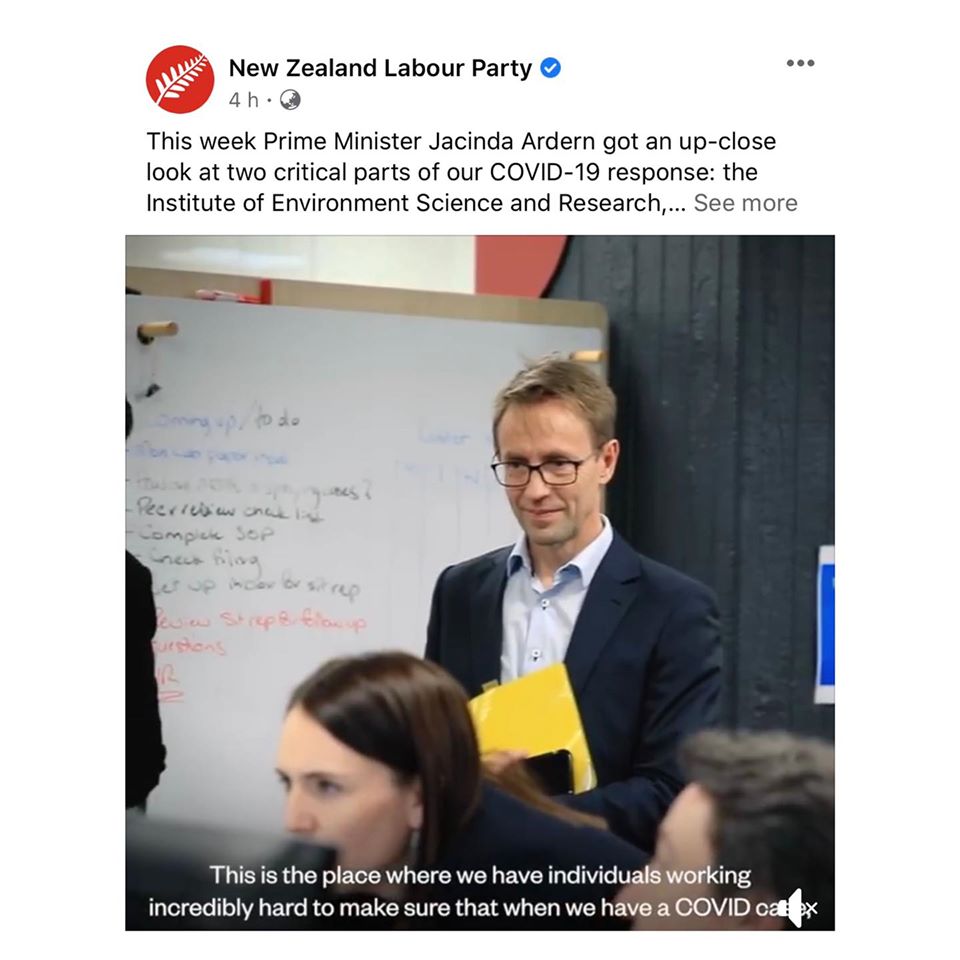 On Saturday the Labour Party posted a new ad on its Facebook page. The ad was filmed in the Ministry of Health's contact tracing centre and included a number of public servants, including Dr Ashley Bloomfield (see the still image above).

This is disgraceful. Taxpayer-funded civil servants should not be made complicit in the governing party’s political propaganda.

And during an election campaign, it is especially important that the Prime Minister does not use her special access to public servants in a way that advantages her political party. You can read our full comments here.

Shortly after we (and ACT) drew attention to these problems, Labour took down the video for a re-edit. But it's hard to see how this ad can be salvaged.

We've lodged a complaint with the State Services Commission. 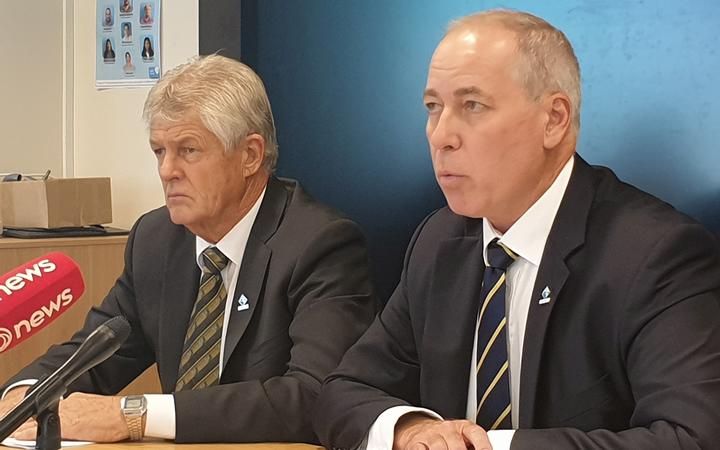 At Tauranga City Council, elected officials are calling for the resignation of Mayor Tenby Powell, who has apparently created a toxic culture, abusing colleagues in front of staff and causing one councillor to claim he hates working at the Council.

Meanwhile, at Canterbury DHB, seven out of 11 executives have resigned, with the chief medical officer blaming the Board's adversarial culture.

Frustratingly, in both cases local voters have to wait two years for the chance to eject those responsible.

We say that's not good enough. In the latest episode of Policy in 60 Seconds, Islay explains how recall elections could be introduced in New Zealand to boot out failed politicians before their term is up: 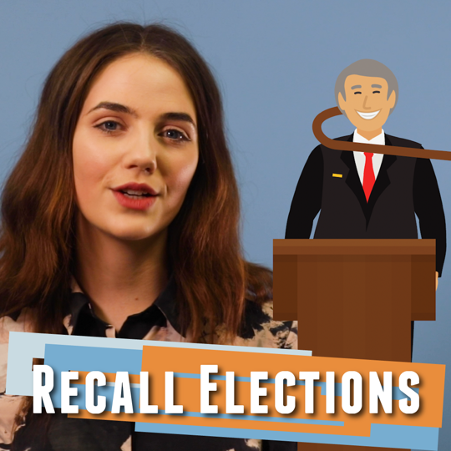 Last week we teamed up with the Ratepayers' Alliance and the Rodney-based Northern Action Group to launch a joint campaign for recall elections. 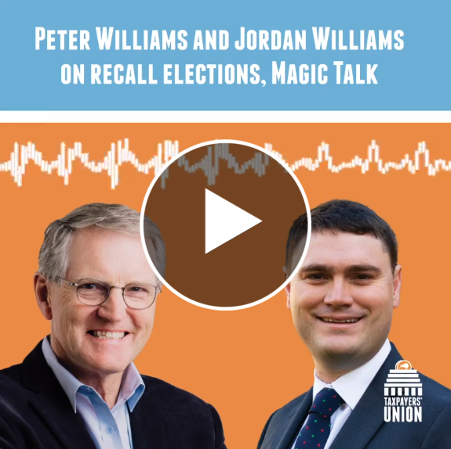 You can read the policy proposal paper here, and add your voice to the campaign here.

Burger subsidies? There's got to be a better way 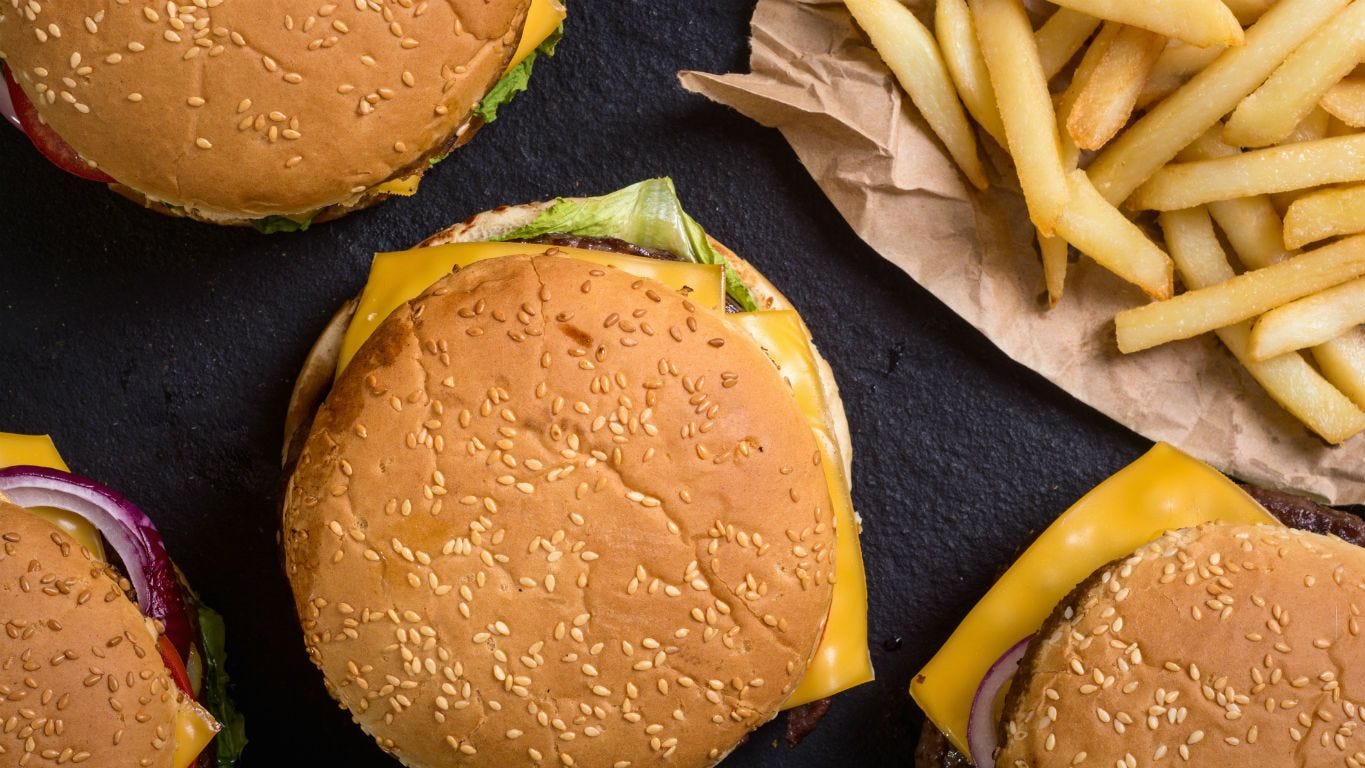 The Restaurant Association is campaigning for a taxpayer-funded subsidy on dining out.

Usually, a business group wouldn’t dare ask for such a blatant special favour. But in the age of COVID-19, the floodgates have opened with the Government agreeing to handouts for favoured sectors such as the racing industry, and to fashionable businesses like AJ Hackett Bungy.

Financial assistance should apply fairly to all. A temporary cut to GST, for example, would benefit all struggling businesses by encouraging consumers to bring forward spending, whether that be on eating out or on a new washing machine.

I made the case for a temporary GST cut in this op-ed on Interest.co.nz.

We'd also suggest that instead of handouts, many businesses could benefit from regulatory relief which doesn’t cost taxpayers a cent. In fact, the Restaurant Association was on to a good thing earlier last week when it suggested restaurants should be able to sell alcohol with their deliveries and takeaways. 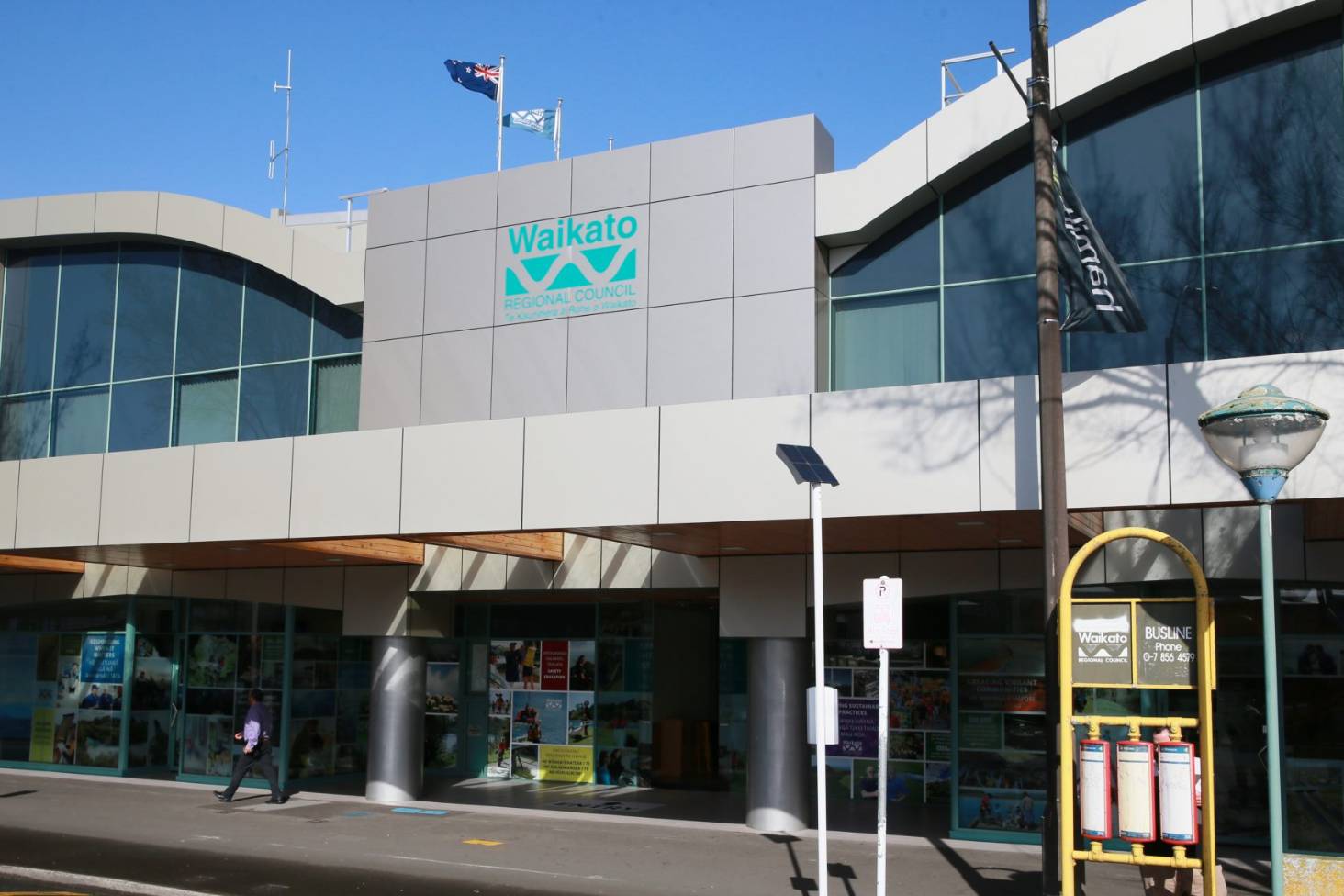 Ratepayers in the Waikato are forking out $8.8 million for the Regional Council's fit-out of its new office.

The Chairman, Russ Rimmington, complained that before renovation the chamber looked like a badminton hall and had ‘no style’.

Diddums. Self-important regional councillors might think they’re entitled to more extravagant surroundings, but most ratepayers will never see the inside of this building.

The Council doesn’t even own the building, so the $3.1 million spent on building works won’t be reclaimed at sale down the line. From a ratepayer perspective, this money may as well have been tossed in the river.

After a brief disappearance during the new COVID-19 outbreak, the Debt Monster is back with a vengeance.

New Zealand First staff were alarmed to see him approaching their campaign bus outside Parliament, and drove away moments after this photo was taken: 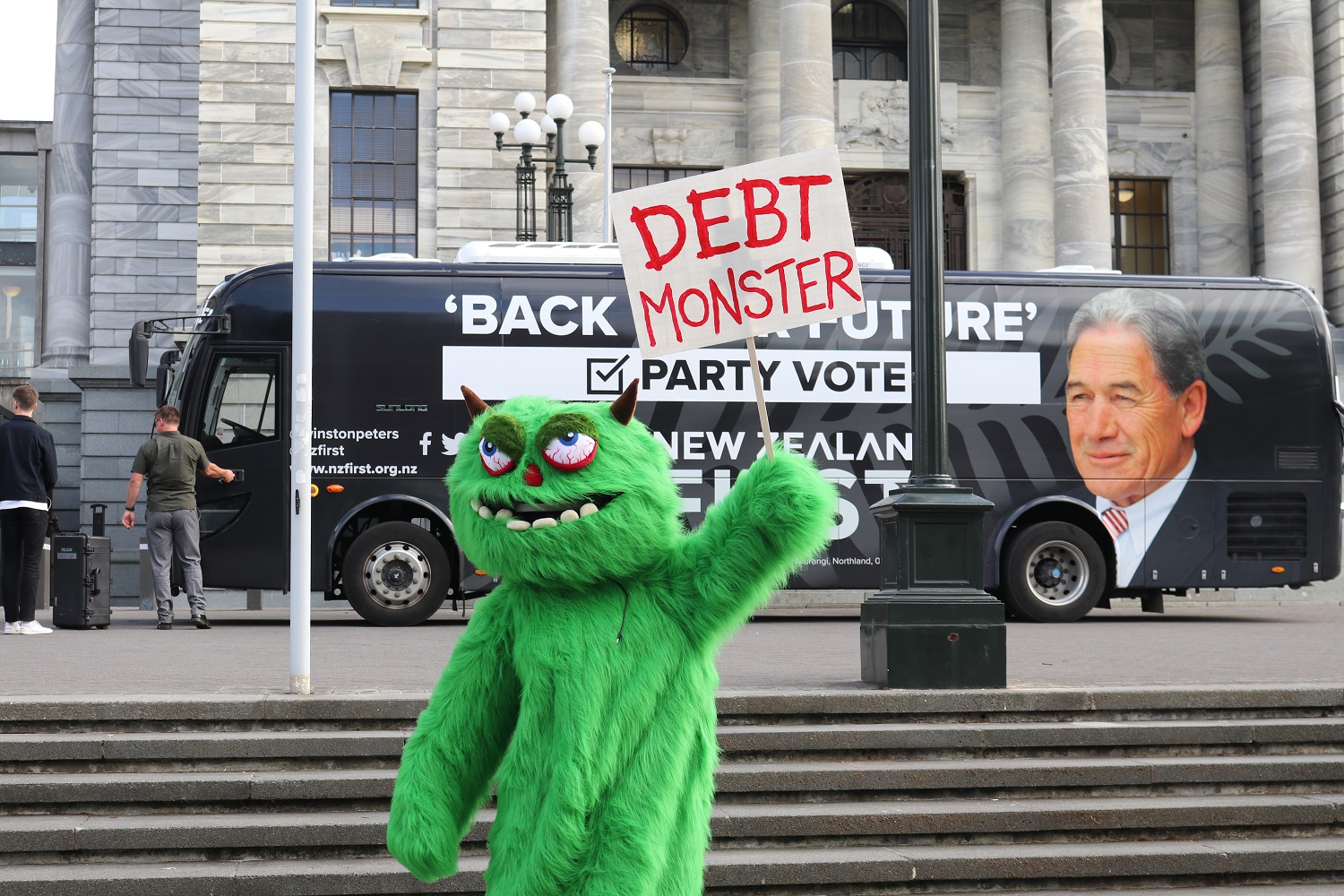 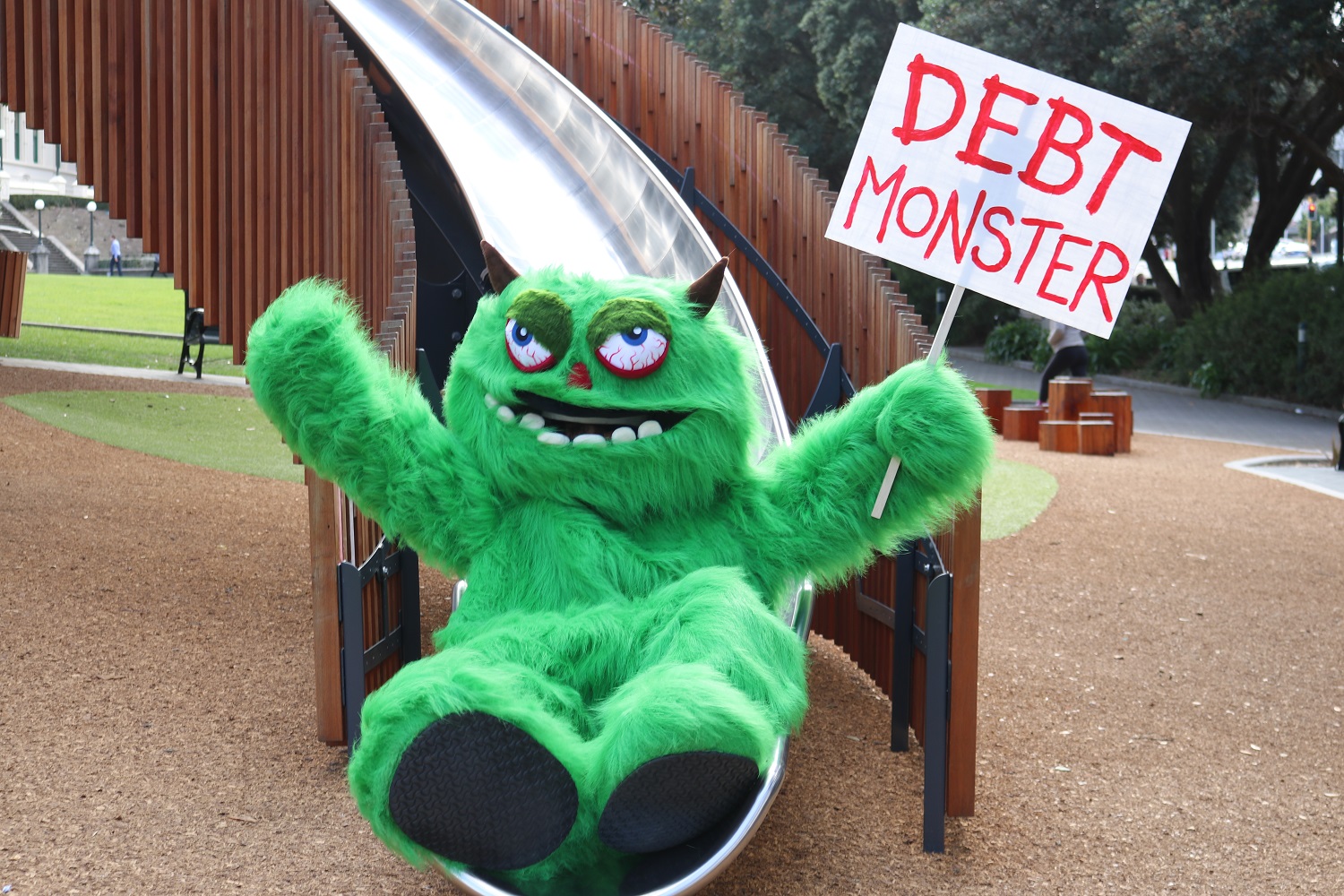 The Debt Monster even tried to give James Shaw a hug at a business breakfast, but the Green Party co-leader wouldn't face him. 😔 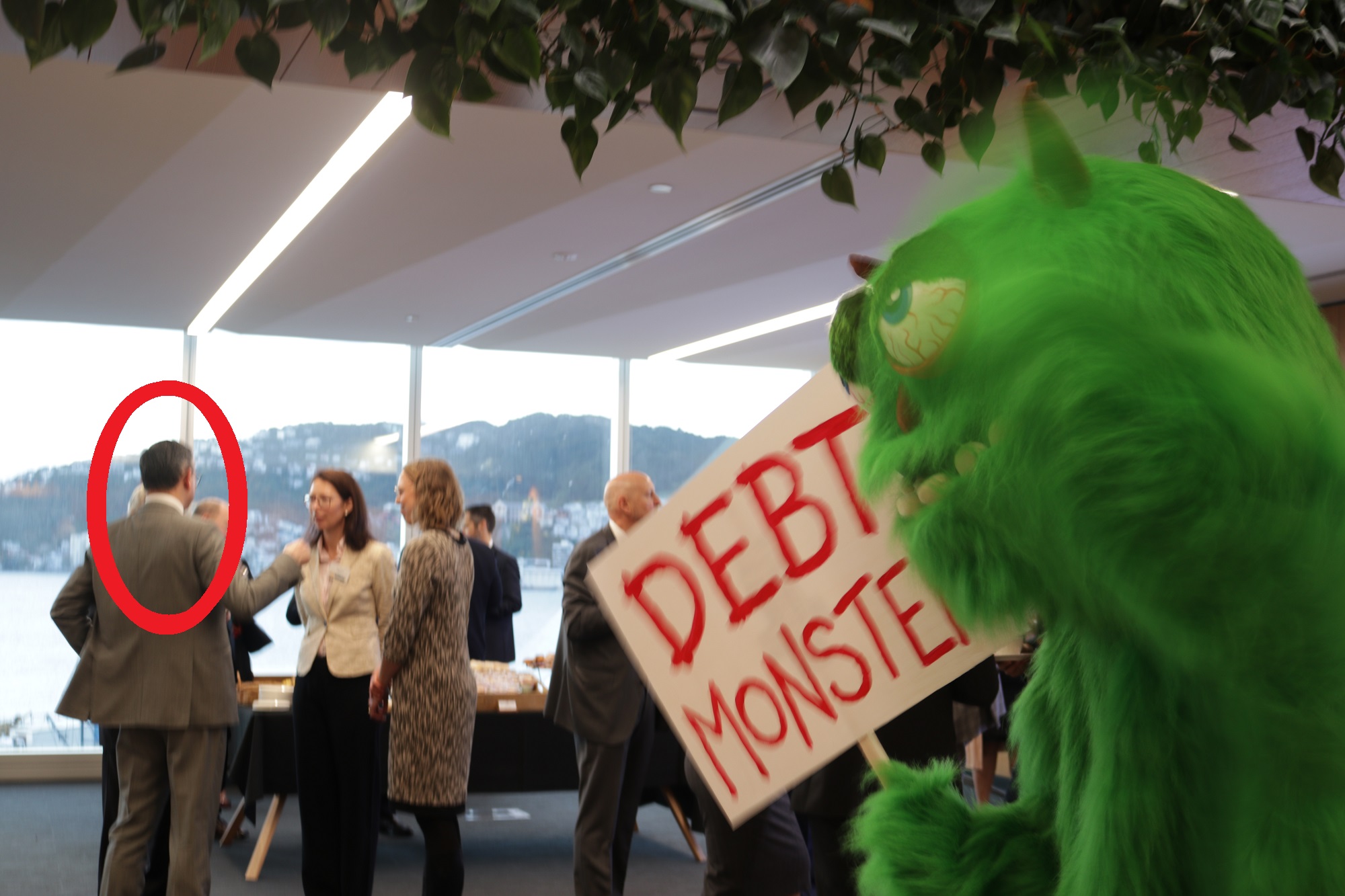 Two more episodes of our Taxpayer Talk podcast are available.

In the first, Islay sits down with former Treasury economist Michael Reddell to discuss what the Reserve Bank's money-printing and interest rate-cutting means for the economy. Listen here.

In the second, I challenge the CEO of Tourism NZ to explain why his agency is spending $10 million on an international tourism campaign while the borders are closed. Listen here.

You can find all our Taxpayer Talk episodes on Apple Podcasts, Spotify, Google Podcasts, and iHeartRadio.

Northland Age  A pattern of sloppiness

Interest.co.nz  If we can't cut the OCR, how about GST?

Stuff  'Don't blame us, we don't decide what we're paid' - the catchcry of mayors and councillors everywhere

Timaru Herald  Another SCDHB surplus 'sets an example' for others