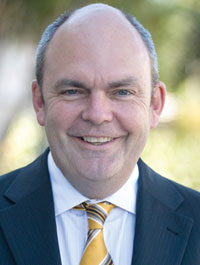 Science and Innovation Minister Steven Joyce has slammed the Taxpayers’ Union’s attack on the minister as a “fundamental misunderstanding” by its executive director Jordan Williams.

Mr Williams described the $31 million worth of grants to eight new company incubators – under Callaghan Innovation’s incubator support programme – as an example of politicians thinking they know more than IT entrepreneurs.

Mr Joyce says that Mr William’s comments show a fundamental misunderstanding of both technology-based start-up companies and the intention of the government’s policy.

NBR ONLINE asked the Minister how Callaghan Innovation justifies a 3:1 funding ratio, with the taxpayer taking 75% of the risk?

Mr Joyce replied that the incubators would be funding early stage companies that have arisen from public research organisations, where generally the taxpayer has paid up to 100% of the costs of the research.

“International experience suggests around 60% of the incubated companies repay the grant.”

Mr Joyce did not, however, comment on where the remaining 40% leaves the taxpayer.

Click here to read the full story in the National Business Review.

In a press release we responded to Mr Joyce:

“The Taxpayers’ Union isn't questioning the intention of the Callaghan Innovation grants, our objection relates to the outcome, where taxpayers bear the risks and private businesses get the reward."

“Justifying the 3:1 funding ratio, where taxpayers take on 75% of the risk, Mr Joyce is effectively saying that 75% is better than 100%. He appears to ignore that under his policy 0% of the profit is returned to the Crown."

“We hoped to be proven wrong on our fear that the grants are interest free. Instead the Minister confirms the worst, with 40% of the grants expected to be written off and the rest not even adjusted for inflation.”

“The SAP example shows that this isn’t some business IVF program," says Williams.

"We call on Mr Joyce to please explain what our ‘fundamental misunderstanding’ is. Where is the evidence that the return taxpayers get from the successful start-ups compensate for the money lost on the half that fail? In addition, who is ensuring that the decisions made by politicians on what businesses to back are better than what would have happened had the money stayed in taxpayers' pockets?"