How to avoid ACC over-payment

ACC fees are being cut - so why is the NZTA trying to charge motorists more?

Earlier this month ACC Minister, Nikki Kaye, announced cuts to the levies that motorists have to pay. The new fee regime will come into force from 1 July 2015. Unfortunately for taxpayers, it looks as though NZTA didn't get the memo. 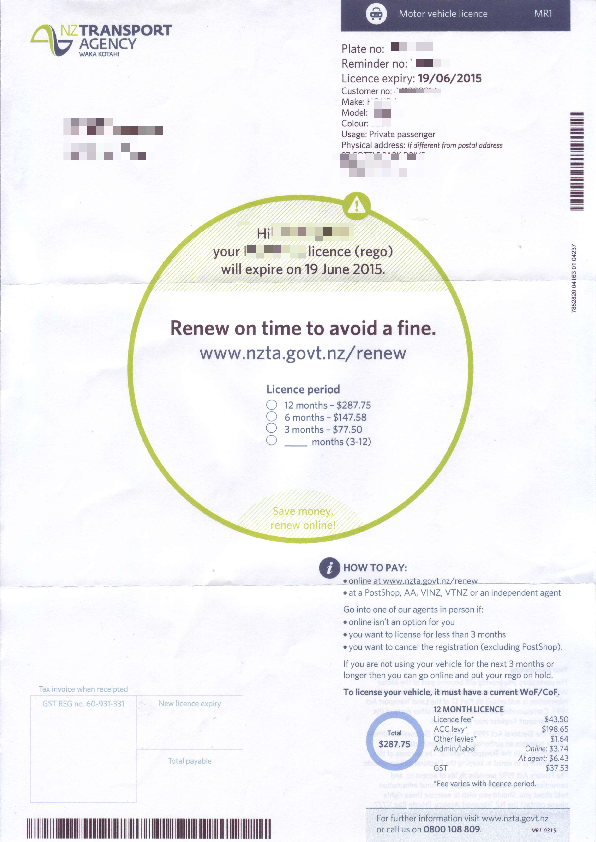 We think the NZTA are being discourteous by not mentioning the reduced rate on the letter asking motorists to renew their registrations.

Only a bureaucrat could support NZTA's policy not to pro-rate the amounts. It means more administration and hassle for motorists and more work for the NZTA. Despite that, it is the only way to ensure that vehicle owners get the full benefit of the ACC levy cut.

UPDATE: The NZTA has contacted us to clarify that with the letters, an insert is included explaining the changes. We welcome that, however wonder why the 12month fee doesn’t simply reflect the change, rather than force people to renew twice in order to take advantage of the lower fee.