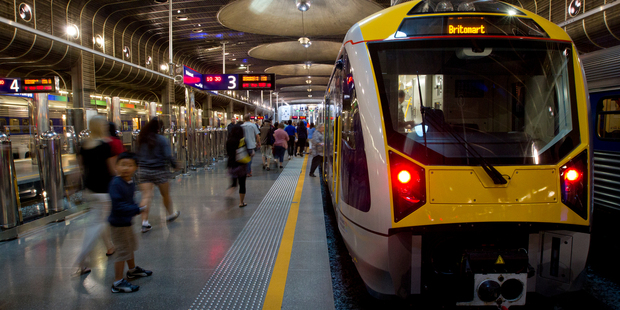 Public transport bosses in Auckland spent $356,000 to improve their public image - even as they lined up a special shuttle so staff don't have to travel on buses and trains.

The marketing campaign came with the introduction of the new electric trains and was also intended to encourage people to "give the trains a go".

It was revealed this week Auckland Transport has set up a regular private shuttle service to move staff between its Henderson headquarters and its central Auckland waterfront office.

The shuttle was intended as a time-saving measure for staff, but attracted criticism from public transport advocates because it leaves from and arrives at the same places used by the slower public transport options.

The $356,000 spending on the April campaign came as the shuttle service was being prepared for launch. The documents, released to the Taxpayers' Union, show the campaign was intended to "increase positive perceptions towards Auckland Transport and our breakthrough projects".

"Instead of throwing money at advertising, Auckland Transport would have a better reputation if it stopped running the private shuttle between offices and started following its own advice to use public transport."

Click here to read the full story on nzherald.