Get hit to get help

In May earlier this year, the Government announced their “Crime Prevention Package”, a $6 million programme aimed at preventing ram-raids and other forms of retail crime. Since then, however, there has been a complete lack of initiative in rolling out the fund.

The announcement of the package responded to a significant increase in ram-raid numbers through 2021 as well as further surges across early 2022. Its purpose was to ensure security upgrades such as the bollards, fog cannons and toughened glass were distributed to those most vulnerable to retail crime and who would otherwise lack the resources to upgrade security on their own. Around 500 stores across the country were identified as being likely eligible for the fund, with each store set to receive an assessment to determine what measures would suit them best.

The announcement at least revealed signs that the Government was taking the problem seriously. Although nearly 4 months on and retailers are still suffering from the same flurry of occurrences. Auckland had an incident a few days ago, the third time this year the shop had been hit, and just a few weeks back, Hamilton saw 4 ram-raids happen on the same night with another one just several days later. For owners, it’s no longer a matter of if but when they will next get hit.

Retailers were told that help was on the way, that the Government was going to provide some much-needed backing. Yet after sitting helpless for weeks on end, there are no signs that any relief is on the horizon. Astonishingly, it was revealed recently that just 5 stores had received any security upgrades since the announcement, and out of the $6 million fund designed for the package, not a cent of it had been spent.

Ram-raids have devastating effects on retailers. Many are left traumatized, terrified and in deep financial hardship. Those who fall victim to these attacks are often from small family businesses who work long hours just to stay afloat. They cannot afford to keep dealing from these setbacks, especially coming out of a worldwide pandemic. With many of them living in the same building as their stores, some are even being woken up in the middle of the night to the destruction of their shop before them. These people are living in absolute fear and the Government is barely trying to help. 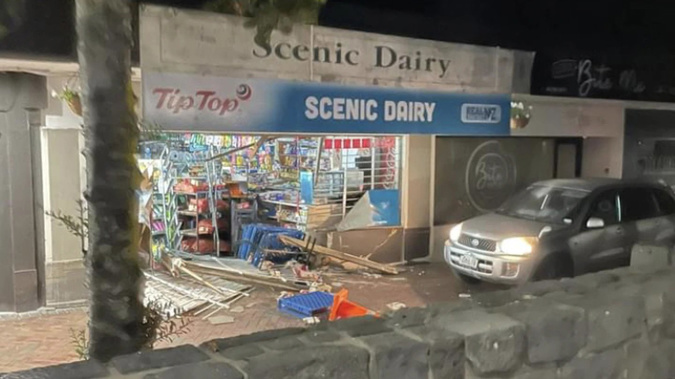 Countless efforts have been made by retailers to speak with the ministers, yet in most cases, their concerns are met with silence. There is now widespread confusion within the retail community on what to do about their situation. Some have taken it into their own hands, spending thousands just to ‘feel a little bit more secure’ and others have held off from upgrading their security altogether as they wait patiently for Government’s promised support.

David Lynch, acting assistant police commissioner, says police are working on a procurement plan and are training a dozen officers to carry out security assessments over the coming weeks. But why wasn’t this done sooner? With ram-raids being one of New Zealand’s most prominent forms of crime, this surely must have been prioritized more strongly than it has been.

Lynch also mentioned that the focus is on ‘past victimizations’, but this could exclude some of the shops that need help the most. These include the hundreds of retailers who might not have been targeted before, but nonetheless live in vulnerable areas known for ram-raids. The criteria for receiving support are clearly ambiguous, and it starts to seem like the only way to get help is to get hit. Furthermore, if only some retailers are upgraded, it leaves those who don’t receive upgrades even more vulnerable than before, considering they will now be the easier targets.

A lack of connection between Government and those affected doesn’t help the process either. Why hasn’t Chris Hipkins sat down with any of these retailers to truly understand the pain and fear they are experiencing? If National MP’s Shane Reti and Mark Mitchell can spend time to meet victims, ministers can and should too. These people are crying out for some transparency, and they are having the door slammed in their faces.

Ram-raids are a growing problem too, up 500% since 2018, and shockingly, the vast majority are being committed by kids, despite a stark decrease in youth crime over the last decade. There are certainly more appropriate long-term solutions than to simply barricade every shop. Government’s recent ‘Better Pathways’ package for instance, aimed at preventing youth crime, might provide some relief in the future. Still though, programmes like this will take time to implement, and retailers don’t have that kind of time.

Chris Hipkins and Government need to provide more transparency on which retailers are receiving the fund and when they should expect to have their new security installed. It is cruel enough that shop owners have had to wait this long for upgrades, at least provide them with the information that lays out the process.