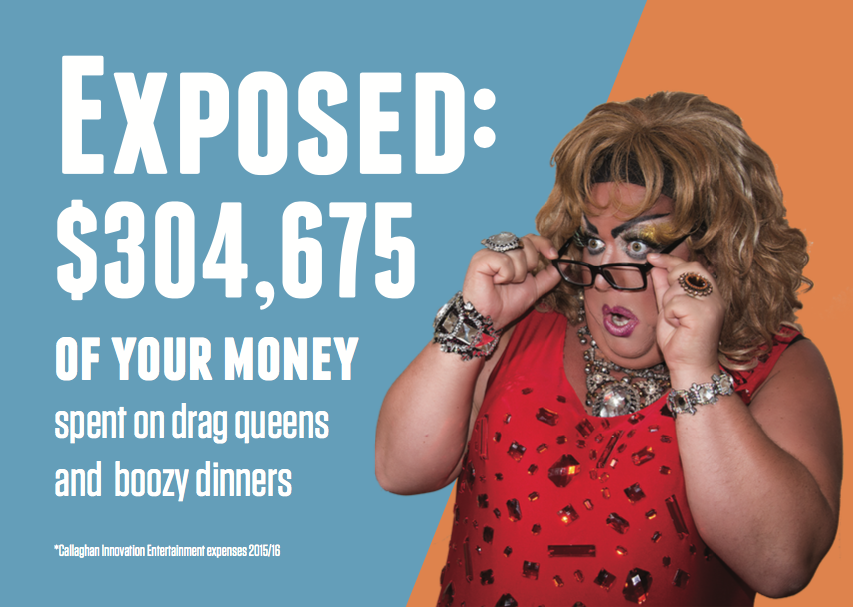 The Taxpayers’ Union can reveal that a small government agency spent over $300,000 on ‘entertainment’ in 2015/16 – including a drag queen dinner and show for staff.

From a laundry list of receipts from bars, cafes, and restaurants, we're still working through abuses of taxpayer money. Already we've discovered a blatant example: $2,063 ($2,372 including GST) spent on a team dinner at a drag queen cabaret bar, K Road’s Caluzzi.

Dinner at Caluzzi includes a show, and a promise that ‘you will be entertained and served by our fabulous drag queen hostesses throughout the night.’ The bill included eleven bottles of wine, and one non-alcoholic drink.

We’ve got nothing against drag queens, but this was an event for staff, funded by taxpayers. It’s an appalling display of largesse from an agency the average taxpayer hasn’t even heard of.

Our researchers have also requested and are awaiting the entertainment expenses for 2016/17 with anxiety.