The New Zealand Transport Authority have targeted a Featherston family with threats of enforcement action over a "Stop Three Waters" banner erected on private property.

Here is a photo of the banner in question: 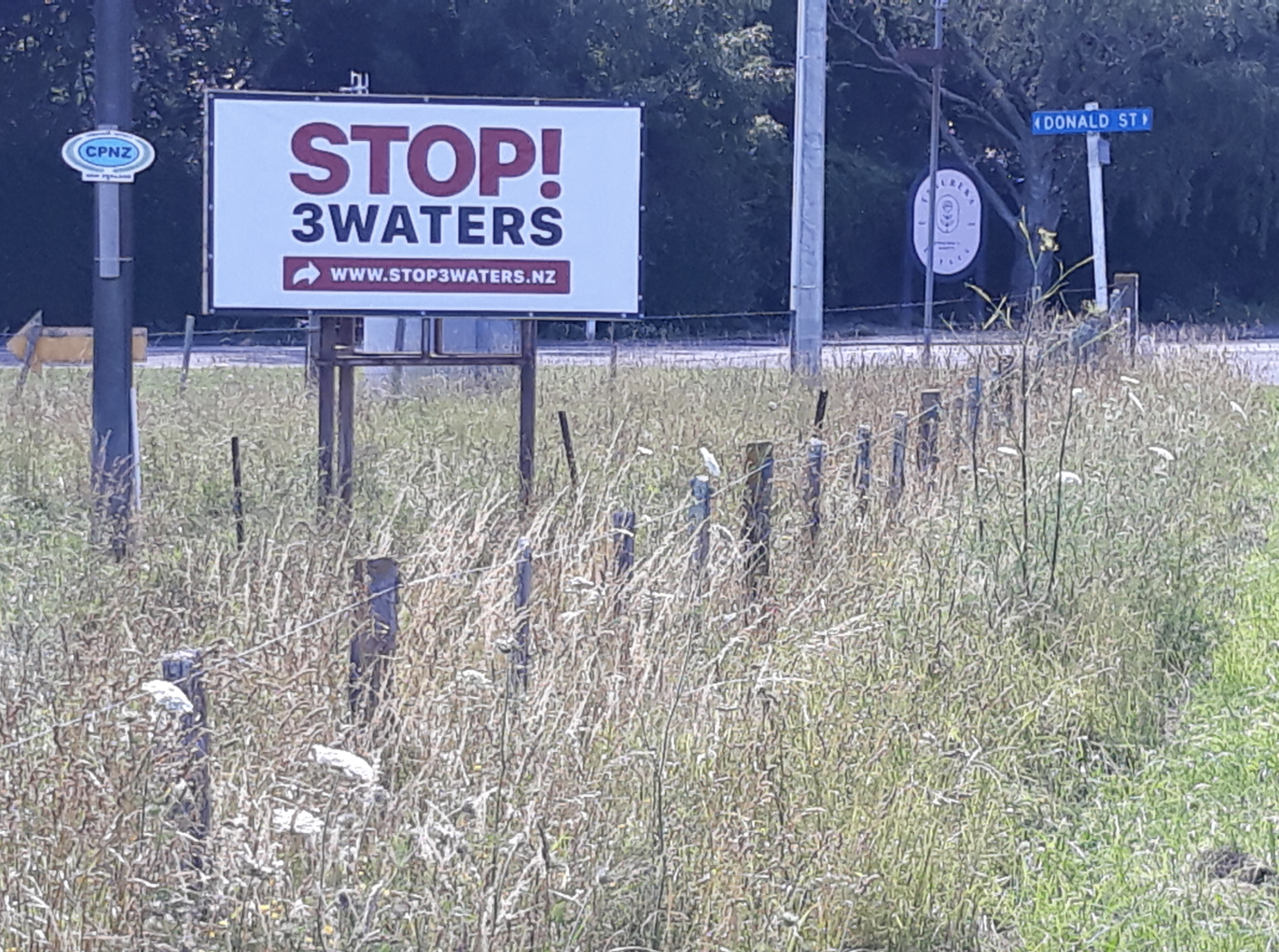 An email to the family from South Wairarapa District Council says NZTA have "raised concerns about the wording of the sign, specifically the large red STOP that could cause potentially safety issues along the State Highway": 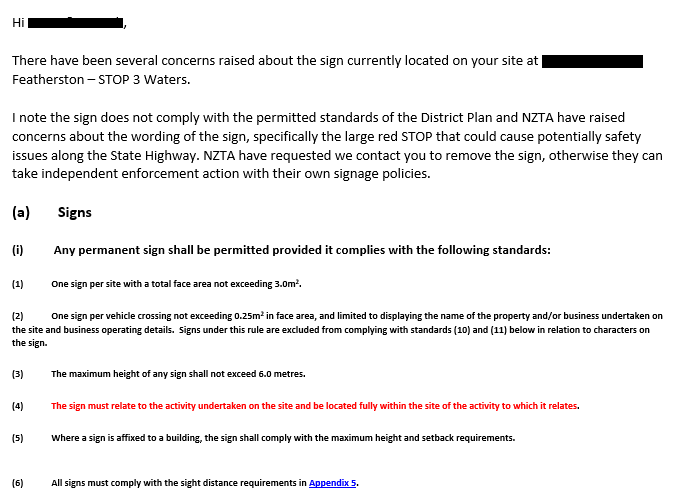 The idea that motorists will slam on the brakes when they pass a 'stop three waters' banner is frankly laughable. NZTA need to pull their head in, and stop acting as lapdogs for their political masters trying to suppress New Zealanders' ability to express their views on a radical policy proposal that will result in high water costs and less democracy.

Any action that is taken against any one of our 180,000 subscribed supporters via NZTA relating to one of the Stop Three Waters signs purchased from our website will be defended, by judicial review if we must, by the Taxpayers' Union.

What makes this action particularly offensive is the fact that NZTA has not just a history of trying to suppress speech on the centre right, but actively promotes pro-government messages including on NZTA signage. Throughout 2020 NZTA allowed its digital signage networks to be misused with politically loaded “Be Kind” messages. That's to say nothing of the multi-million dollar ad campaigns they blast into Kiwis' living rooms promoting the Government's 'Road to Zero' policy.

Hundreds of fantastic New Zealanders have erected Stop Three Waters banners in every corner of the country. Is NZTA going to threaten every one of them?

The courts have been very clear that political speech is that which ought to be the most precious from a human rights perspective. If NZTA really wants to have this fight, we say bring it on.

New Zealanders with great roadside locations can purchase a Stop Three Waters banner of their own at www.taxpayers.org.nz/shop.