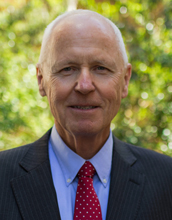 A few months back I gave the government a seven out of ten for its handling of COVID.  That assessment has plummeted in over the last week, as revelations about its management of at risk border workers has shown astonishing gaps.  There has been a breakdown in the MoH-Ministerial relationship in respect of expectations and communication, and now the panicked dictate to the port sector.

It is clear that a majority of staff working to protect us all from high-risk arrivals to New Zealand have not been given the tests that Minister Hipkins had assured the public were happening.  Rather than being grumpy about this failure of the Ministry/DHBs to perform as expected he, and the public, should be outraged.  We are all entitled to know exactly how the Minister’s expectations were communicated to officials and see their explanation for what actually happened.

It is quite likely this failure to meet Ministerial and public expectations will result in thousands of people losing their jobs and businesses failing, as Auckland endures at least two weeks at level three.  This is not a simple oversight – it's a major public policy failure.  It fits a pattern of sloppiness, which started when then-Police head Mike Bush told Simon Bridges’ Select Committee that the Police were not following up on all people in self-isolation, as had been stated to be Government policy.

It reinforces the importance of a quality, efficient inquiry into how we have handled COVID from the beginning.

Having failed in the last 100 plus days to protect at risk workers, the public and the economy from the arrivals, last Friday the MoH issues an order to seaports:  “We now require everyone who works at the maritime border to get a test for COVID-19 over the next three days.”

This was presumably driven by the remote possibility that the Aucklander, who worked at a cool store, may have picked up COVID-19 from an imported product, that could have come via a seaport.

We have 13 ports that handle international vessels but it is very unlikely that any port, other than POAL or Port of Tauranga (POT), could have sent product to that cool store.  So why did such a blanket order go to all ports and why was the requirement the tests be done within three days when such a sloppy attitude was taken for months to the at risk workers, mostly at the airports and quarantine facilities?

Its understood after some pushback from the port sector the order was limited to the two major import ports.  It covers anyone who visited the port between July 21 and August 17.  Clearly those making the policy don’t understand how ports work.   Many businesses operate at the ports and when you cover everyone who has visited the two ports we could be looking at around 12,000 people altogether, who are widely dispersed in Auckland and Tauranga.

Did MoH check the local DHBs could actually do this testing within the timetable, or did they think this would happen within three days from the Friday decree by simply waving a wand?

In addition to the two above failures, it's apparent MoH has done zip since the first round to refine policy settings.  We still have the absurd nonsense of butchers, greengrocers and bakeries being banned from opening at the higher COVID levels thereby channelling all food business to the supermarket duopoly.  It's about safe practices not the product range.  Surely MBIE, which must have some understanding of business, could educate MoH and Ministers.

I sincerely hope we get on top of this latest outbreak very soon and we don’t end up like the state of Victoria.  However, as a matter of urgency whoever is in Government after the election will need to overhaul both the policies and operation of our pandemic system, because it has been found wanting far too many times.

There are two ways I think the pandemic could be better managed.  First equip pharmacies to do the testing.  Second have a mobile unit in at least Auckland to go to likely sites where people have COVID instead of sending them off to join some long queue.  We will get more outbreaks and pandemics and need an enduring system.

Barrie Saunders is the Chairman of the New Zealand Taxpayers' Union and a former Chair of the NZ Port CEOs Group. This piece was originally published on his personal blog at https://barriesaunders.wordpress.com.