The 2017 amalgamation of urban and rural fire services has delivered huge cost increases for taxpayers, finds a new report from the New Zealand Taxpayers’ Union.

Cash to Ashes: The inefficiency of fire service reforms can be read here. 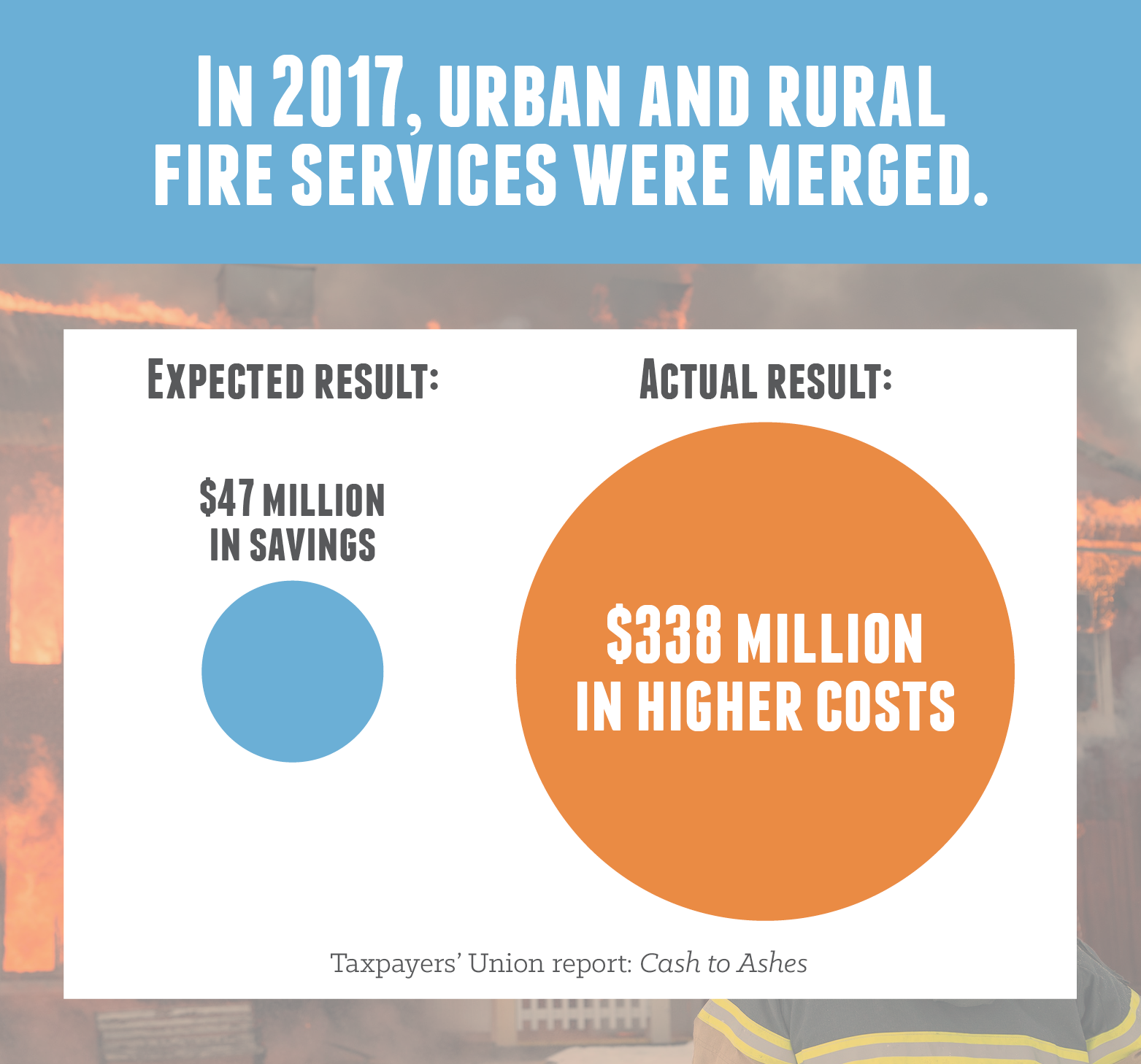 Cash to Ashes recommends that FENZ be required to go through the scrutiny of the Budget bid process to secure its funding. The report also proposes abolishing the fire insurance levy entirely, and collecting revenue for FENZ from general taxation.

“The annual rural fire costs in 2015/16, to local government rate payers, was $29 million. In addition the 2017 PWC report concluded that the 2015/16 expenditure of $389 million was appropriate for the NZ Fire Service functions and output responsibilities. Following the merger of urban and rural fire services on 1st July 2017, the latest FENZ forecast of expenditure is showing a hefty spend of $617 million in 2020/21. The FENZ Board, in just year four of this merger, are planning an additional $228 million more than the 2015/16 budget. The merger was intended to produce savings and deliver cost effective benefits to all New Zealanders. However these savings and benefits are now disappearing in a puff of smoke unless the Minister gets involved. On behalf of all New Zealanders the Minister of Internal Affairs, Tracey Martin, must take urgent steps to ensure FENZ delivers the savings identified by Government in 2016.”

Mr Dudfield also joined Duncan Garner on The AM Show to discuss the report.

In a foreword to the report, Insurance Council Chief Executive Tim Grafton asks, “Why should those who insure be the ones that fund FENZ? Everyone benefits from FENZ services, not just those who take responsibility to insure themselves.”