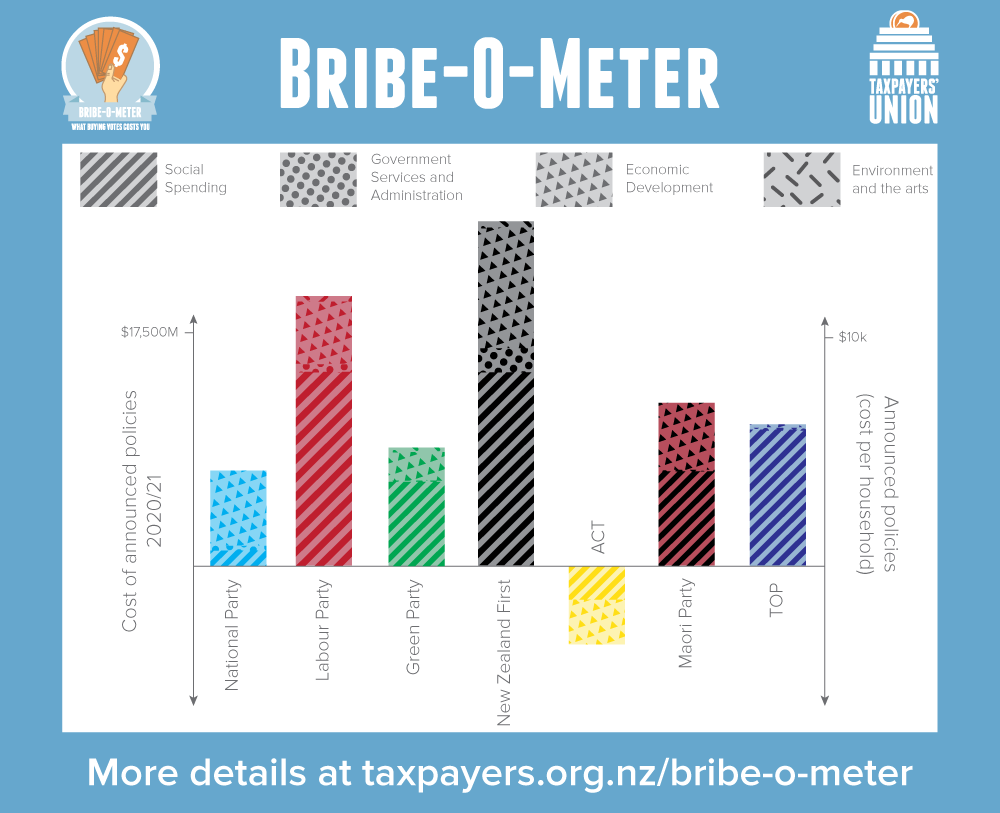 In the last week the Labour Party announced new spending packages targeted at the four largest cities. $300 million for a Christchurch Capital Acceleration Fund, $100 million for transport investment in Christchurch, $30 million for the Auckland Skypath, $22 million for a new rail line between Upper Hutt and Trentham and a renewal of the $100m Urban Cycleways Fund.

Labour has also committed to building a new Dunedin Hospital. However, unlike National’s proposal, they will not make use of a Public-Private Partnership. Labour claims their Hospital will cost the same as National’s – approximately $1.4 billion over seven years. The Bribe-O-Meter has taken Labour’s costings as being accurate, although this is questionable given the historic efficiency advantages that public-private partnerships have over Government builds.

The total cost of these targeted packages is in excess of one billion dollars over the next three years. Labour’s total new spending in the next term is now $20.4 billion, only behind NZ First at $26 billion. Labour’s spending amounts to $11,828 per household compared to $15,062 by NZ First.

Elsewhere, the Green Party has increased their total new spending promises to $9 billion or $5,215 per household. Their major announcements last week were regional transport policies and new environmental spending funded by a plastic bag levy.

The National Party has increased education spending by $290 million over three years and promised $120 million for a new Christchurch sports stadium. Smaller spending includes $500,00 in funding for Winter Olympians and $150,000 to stimulate demand in geothermal energy. 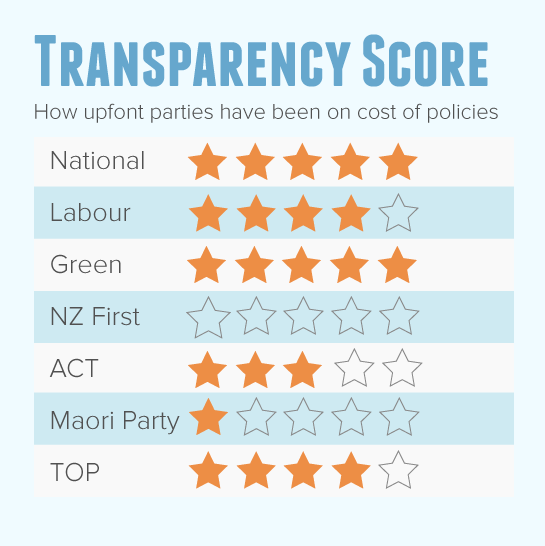 As part of the Bribe-O-Meter, the Taxpayers' Union economic staff have assessed political party's transparency across policy detail and cost and given each a score out of five (see below). The most transparent parties have been National and the Greens. The least transparent is NZ First, closely followed by the Maori Party.