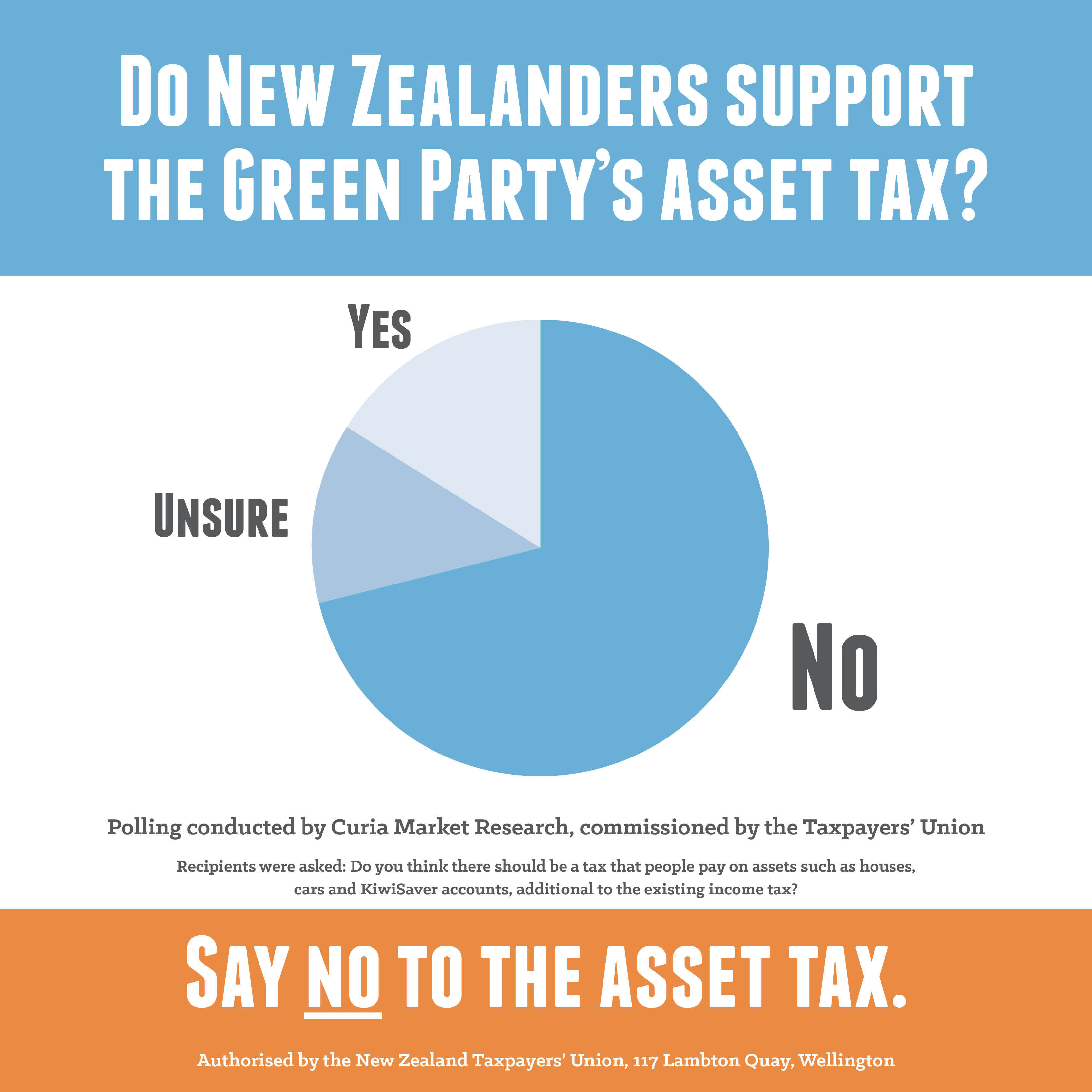 Exclusive polling by Curia Market Research commissioned by the Taxpayers’ Union asked respondents, “Do you think there should be a tax that people pay on assets such as houses, cars and KiwiSaver accounts, additional to the existing income tax?”

Seventy-two percent said no, 13 percent were unsure, and just 16 percent supported the tax.

Enthusiasm for the tax was particularly low in rural areas, with just 10 percent in support. And even in the most deprived areas a clear majority of respondents opposed the tax.

Islay Aitchison, spokesperson for the Campaign for Affordable Home Ownership, says, “A tax on assets, as advocated by the Green Party, appears to be even less popular than the failed capital gains tax.”

“The polling was on the principle of a tax on assets, not the specific proposed tax by the Green Party. We think opposition would be even higher if voters were aware of the fishhooks in the Green Party’s specific policy. For example, some New Zealanders would find themselves whacked by the tax following the death of their partner, when the tax-free threshold is lowered from $2 million in assets to $1 million. The tax will even apply to a bach or nest egg held by a family trust.”

“Disturbingly, under MMP we could still see this unpopular and unfair tax forced into legislation by the Green Party. They’ve called the tax a ‘top priority’, and current polling suggests they’ll hold the balance of power, meaning they’re in a position to make demands from the Prime Minister.”

The polling covered a sample of 1080 respondents, with a 3.0% margin of error and was conducted between 22 September and 24 September.