The New Zealand Taxpayers' Union is condemning the Ministry of Foreign Affairs and Trade's decision to pay media outlets $93,578 for 'sponsored content' about APEC 2021.

The spending information was made available in a response provided under the Official Information Act.

COVID-19 came with a silver lining for taxpayers as the Government was forced to cut back on its usual programme of international meet-and-greets. But somehow, New Zealand taxpayers still had to fork out $76 million to host APEC online.

The Government clearly felt the need to justify this extraordinary cost: MFAT paid news outlets $93,000 to publish full-page ads and puff pieces in Stuff and the NZ Herald about the online conference. We say this merely exemplifies the pointless, wasteful spending rife in New Zealand's diplomatic sector.

You'd think that a conference of global leaders on the scale of APEC is important enough to attract news interest on its own merits. If it isn't, then why is New Zealand participating, let alone spending $76 million hosting it?

As host of APEC, New Zealand had a rare opportunity to lead by example, demonstrating values of fiscal prudence and media independence. Instead, we blew $76 million on a glorified Zoom call and paid off the media to make the thing look worthwhile.

The decision to buy positive media coverage doesn't just stink of self-promotion. It risks legitimising the illiberal collusion between media and state practiced by APEC's dodgiest banana republics, undermining New Zealand's moral authority on the world stage. We should be better than this.

Examples of the 'sponsored content' can be viewed below. 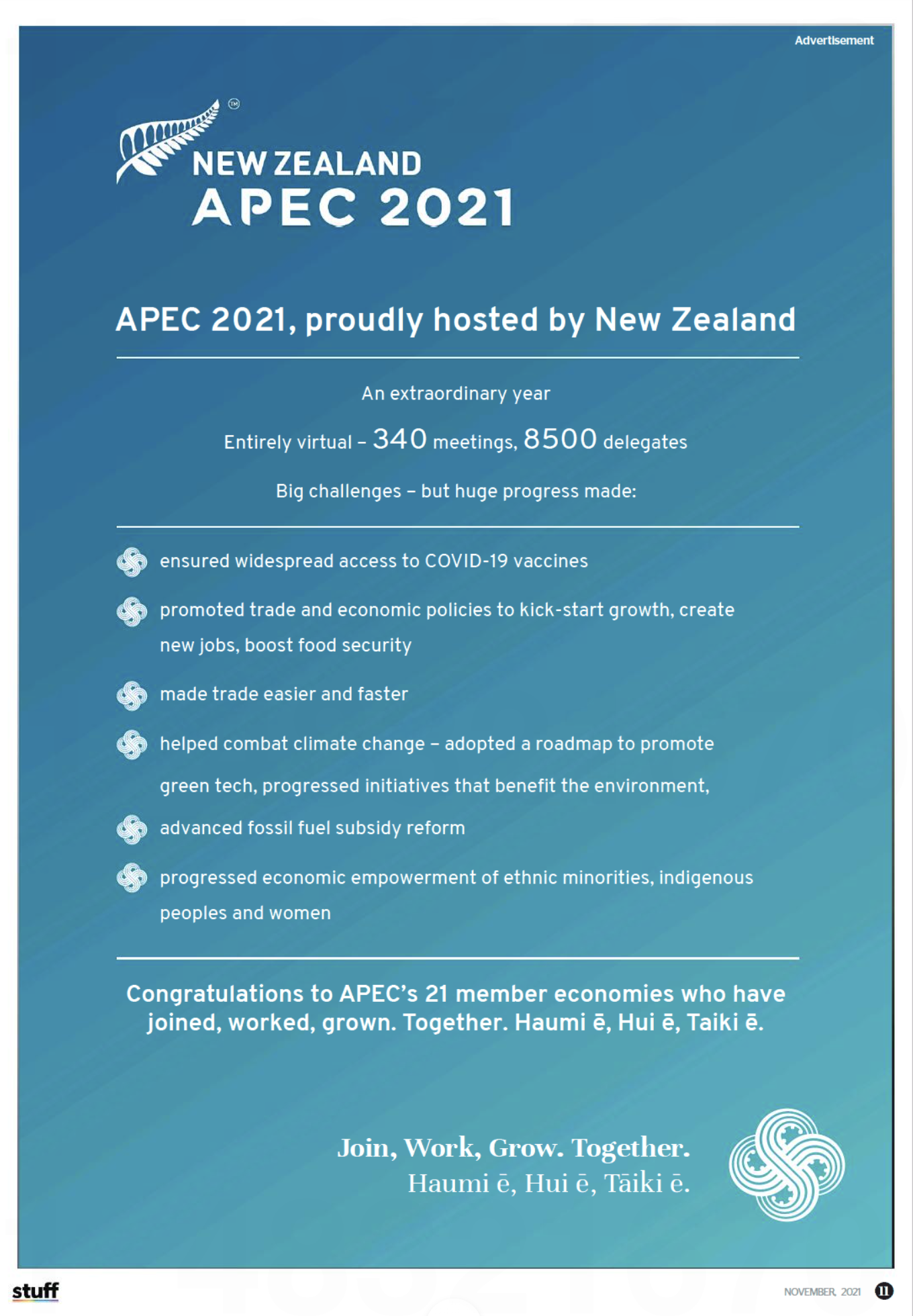 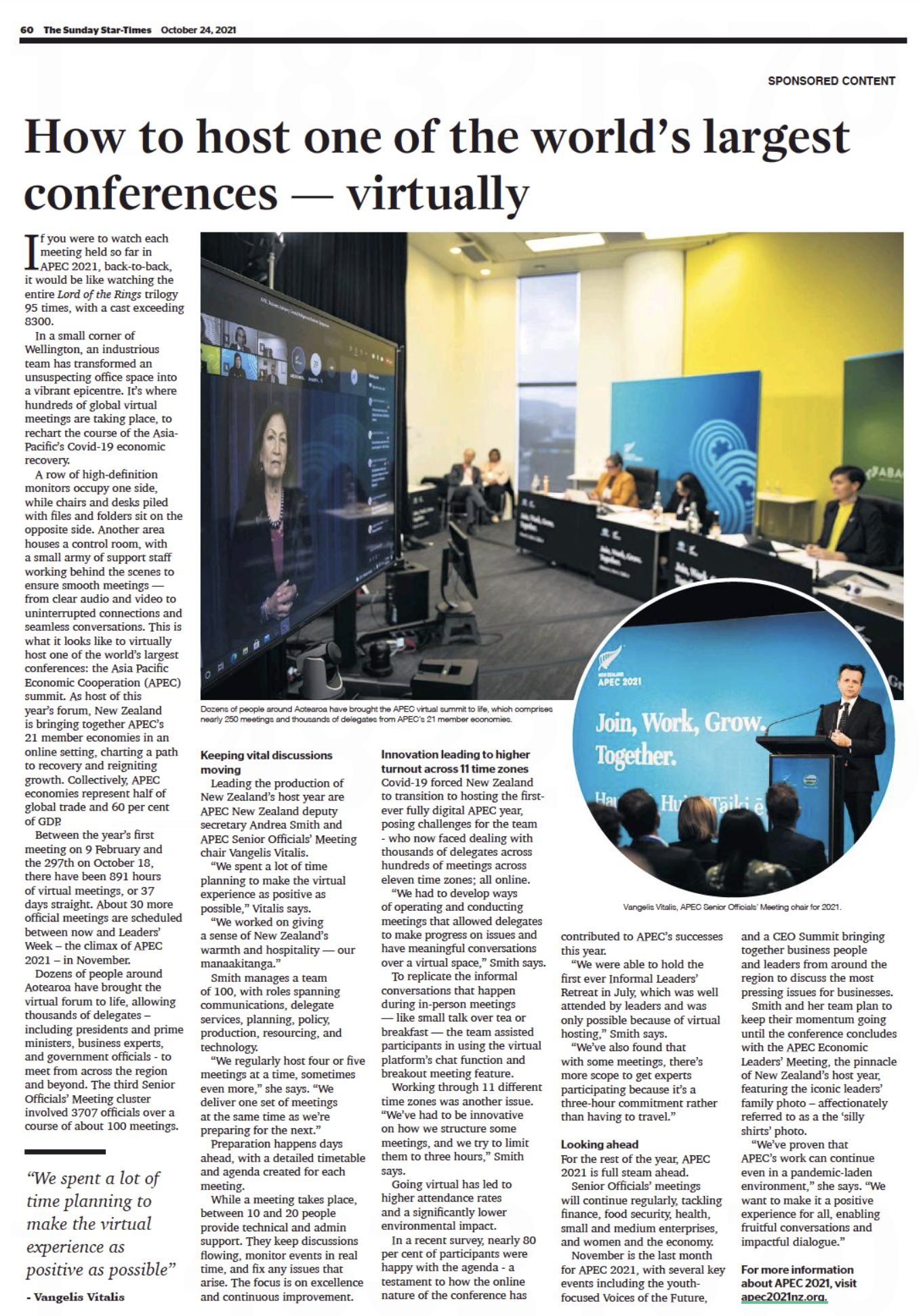 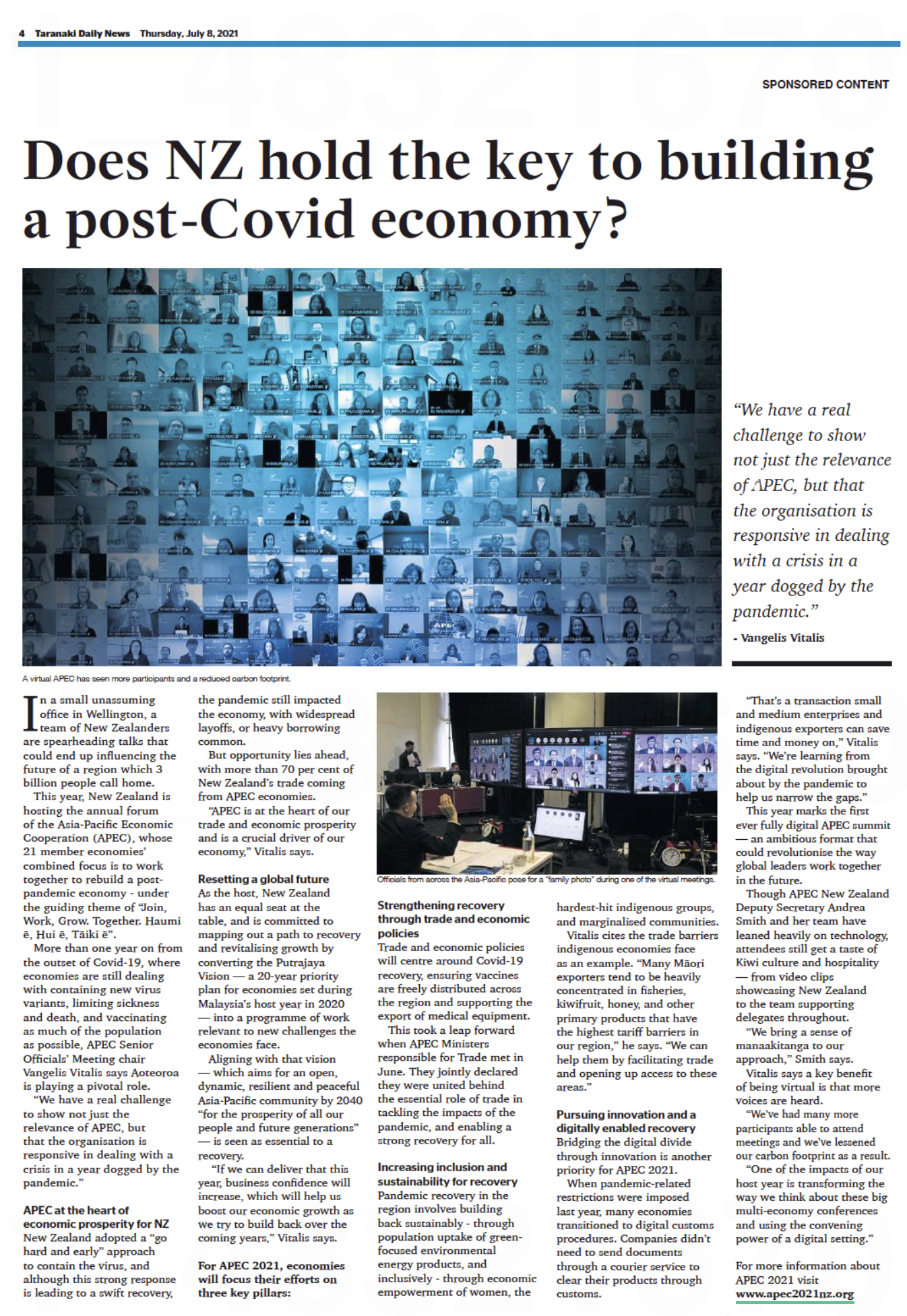 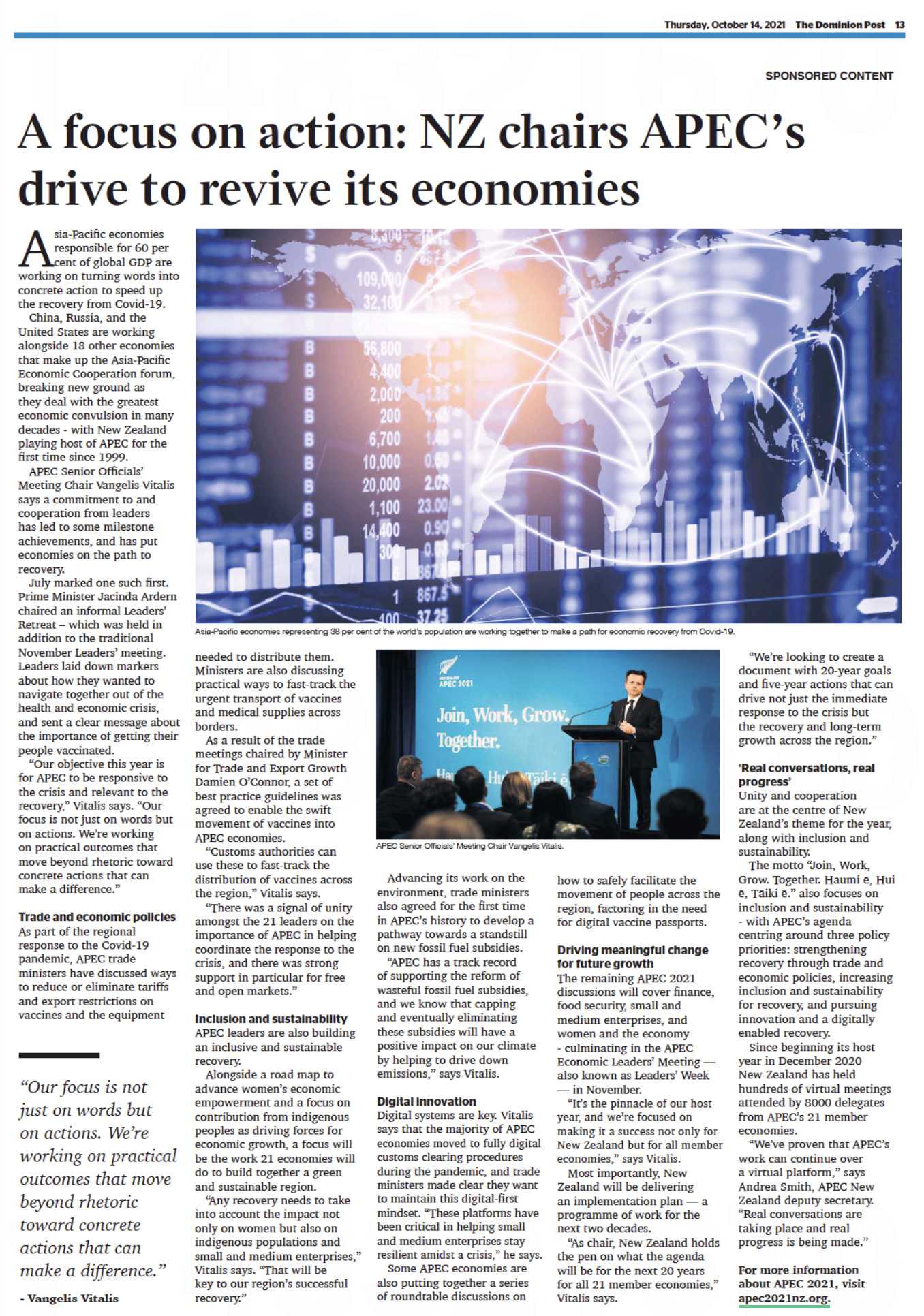 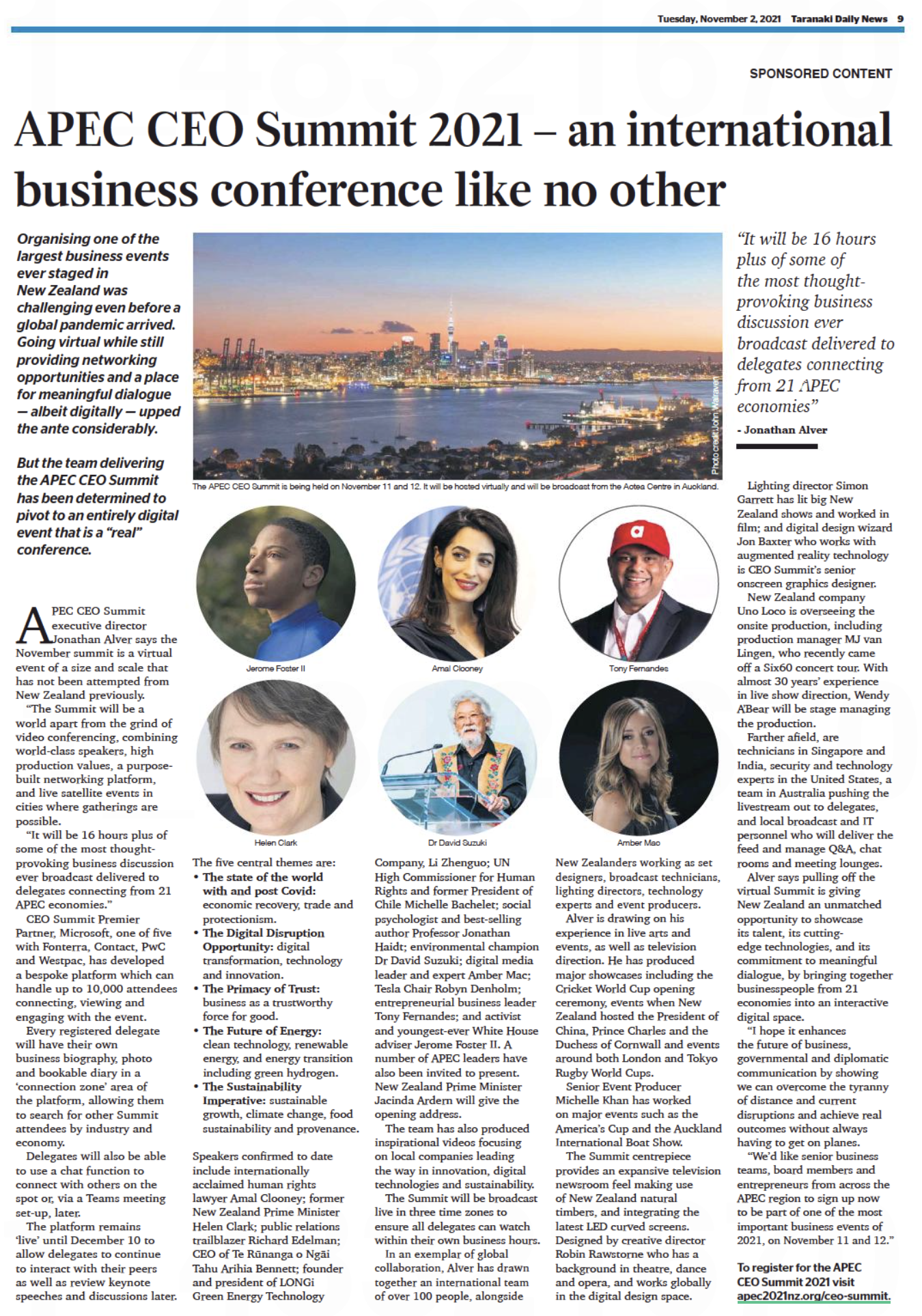 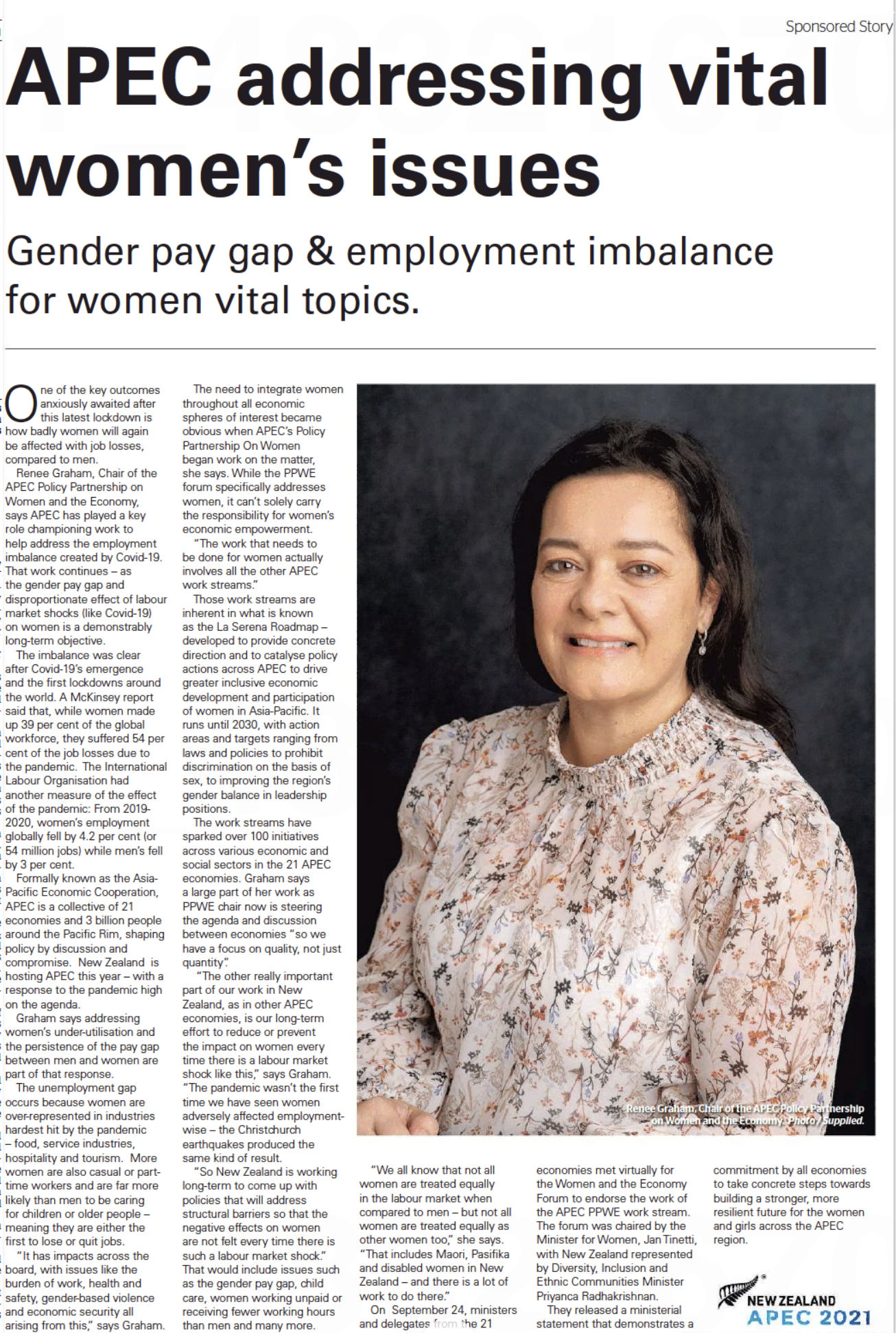