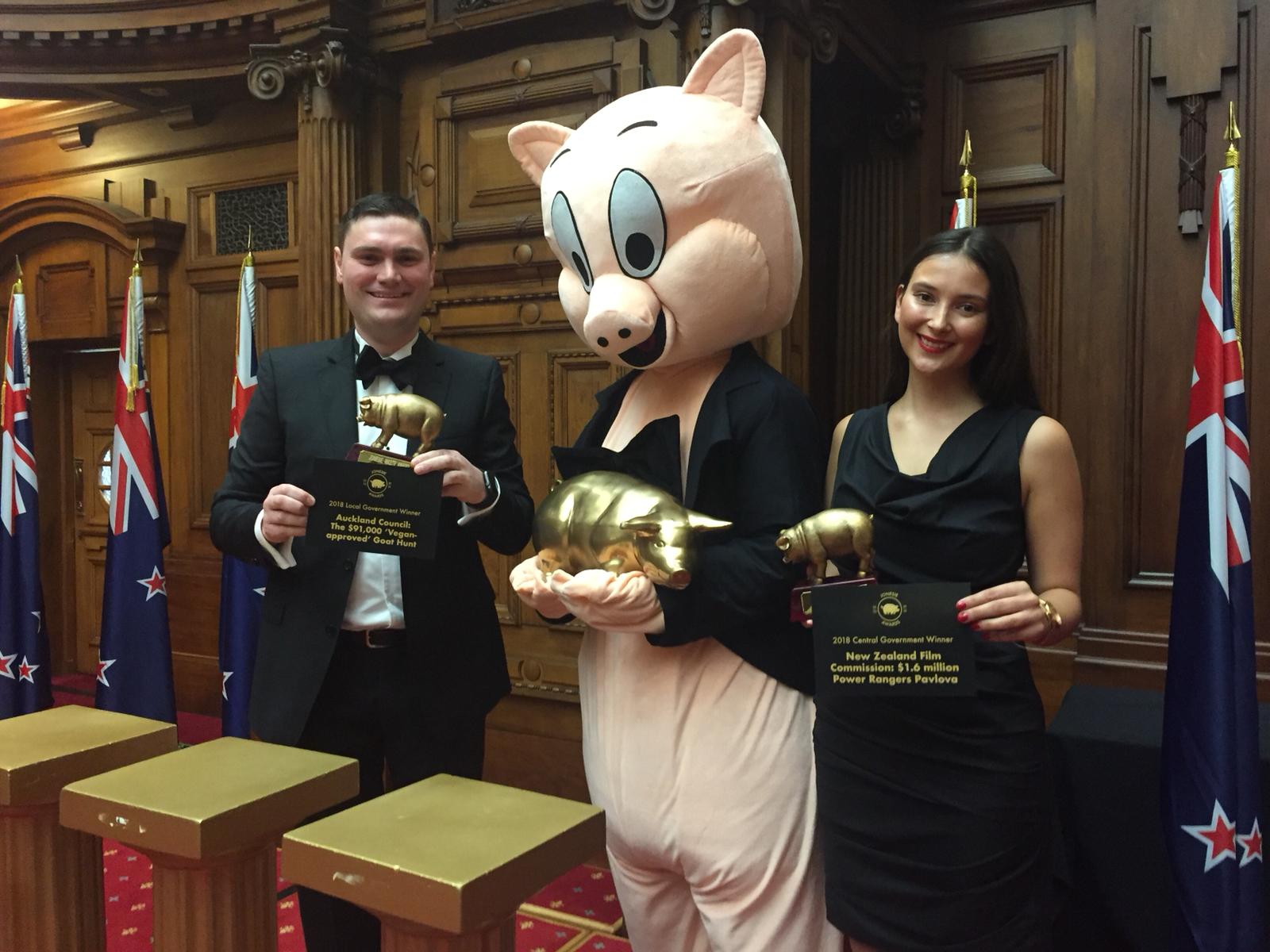 Today at Parliament the New Zealand Taxpayers’ Union presented the inaugural Jonesie Waste Awards, recognising the best of the worst in government waste revealed in the last 12 months.

The full details of the 2018 Jonesies are available as a report, which was launched at the awards ceremony (see below).

The Jonesies celebrate the best of the worst of government waste, greed and graft, foolishness and flagrancy, at the local and central government levels.

The sheer scale of troughing is not the only criteria for a Jonesie nomination – some smaller extravagances have earned nominations thanks to their absolute absurdity or how they encapsulate a corrosive culture of frivolous waste.

While we’ve hosted this ceremony with our tongues firmly in cheek, there is a serious point. These examples of waste make a lie of the claim that governments deserve more and more of your taxpayer money.

This is envisaged as the first event of an annual tradition. We suggest that in future, any politician or bureaucrat pondering ways to fritter away taxpayer money ought to consider whether they might end up with a Jonesie on their desk.

The awards were inspired by the Canadian ‘Teddies’, which have been hosted at the Federal Parliament in Ottawa for 19 years.