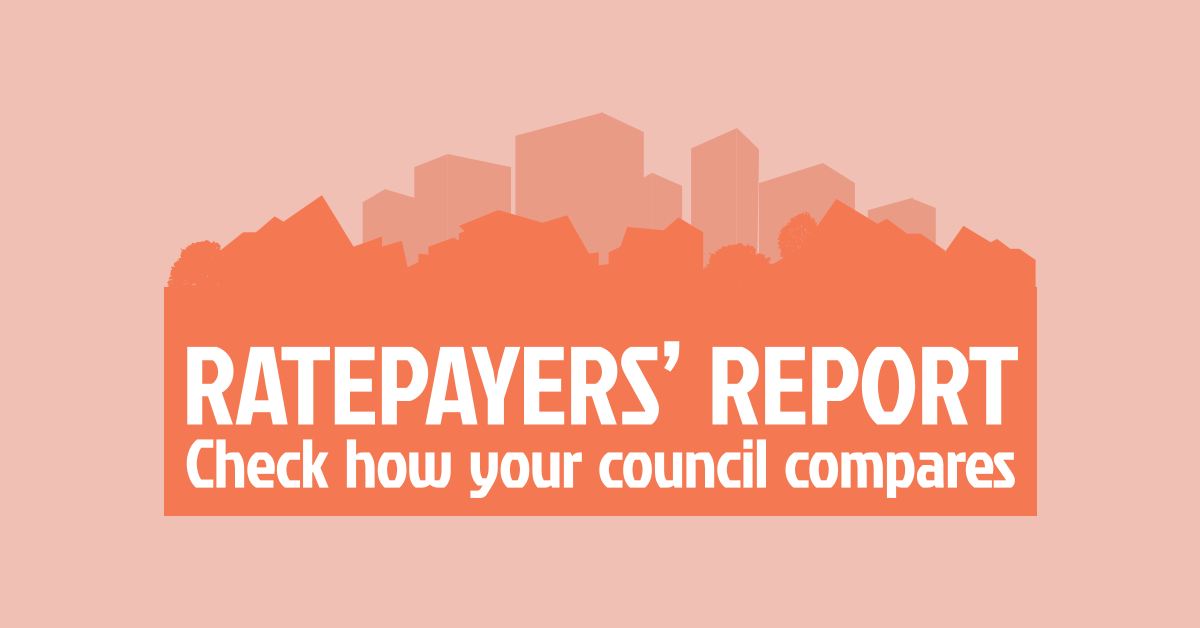 This morning, in partnership with our sister group, the Auckland Ratepayers’ Alliance, we published the 2017 "Ratepayers' Report" - our local government interactive league tables. The tool allows ratepayers to see how their local council performs on metrics including average rates, staff numbers, liabilities per resident, and even CEO salary.

Ratepayers' Report is the result of months of work by our local government researcher, Garrick Wright-McNaughton.  We did it so that New Zealanders can easily compare their local council's performance and financial position against similar councils

Every dollar spent by a Council was earned by a hard working ratepayer. This tool allows ratepayers to see how that money is being spent.

For most of New Zealand's territorial authorities, debts continue to increase, even on a per person basis. This is a worrying trend we highlighted back in 2014 when we last published the league tables.

From an Auckland persepctive, the data shows why Auckland ratepayers, in particular, have cause for real concern. Council debt is now $22,189 per ratepayer, more than three times the national average of $6,989. Even with low interest rates, $839 of everyone’s rates is now required just to service the Council’s borrowing.

Ratepayers’ Report also reveals that Auckland Council has the second highest ratio of staff per residential ratepayer – one staff member for every 69 residential properties.

Not only does Auckland Council have a lot of staff, it also pays them generously. Nearly fifteen percent are paid more than $100,000 per year compared to only nine percent in the general workforce.

Ratepayers' Report is available online and free of charge so all ratepayers can judge for themselves the performance of their local town hall.

Ratepayers' Report facilitates straightforward comparison of average residential rates using a formula first used by Napier City Council which allows for an 'apples to apples' comparison of average residential rates and charges. Only one Council, Kaipara District Council, was unable (or unwilling) to provide the Taxpayers' Union with the necessary information.

Data for the report was compiled by the Taxpayers' Union, and was supplied to all councils for them to review prior to publication.

The previous Ratepayers’ Report was published in 2014. All territorial authorities (excluding Chatham Islands Council) are included.

Ratepayers’ Report is free and available to the public at www.ratepayersreport.nz

Note: All references to rates in the above comments, refer to residential rates.