The Taxpayers’ Union is repeating its popular election costing tool with the launch of the 2017 General Election Bribe-O-Meter to keep track of the cost of party manifestos in the lead up to polling day.

The Bribe-O-Meter provides transparency on what the promises made by political parties will cost and it holds to account politicians who make up numbers when announcing policies.

The Bribe-O-Meter is the most comprehensive independent policy costing project undertaken in New Zealand and was first launched prior to the 2014 election and was run again for the 2015 Northland by-election.

The first release of the Bribe-O-Meter shows all current proposals by the National and Labour Party. Minor parties will be added in the next few weeks, as well as updates for any new policies by the two major parties.

To see the most up-to-date version of the Bribe-O-Meter, click here or on the image below. 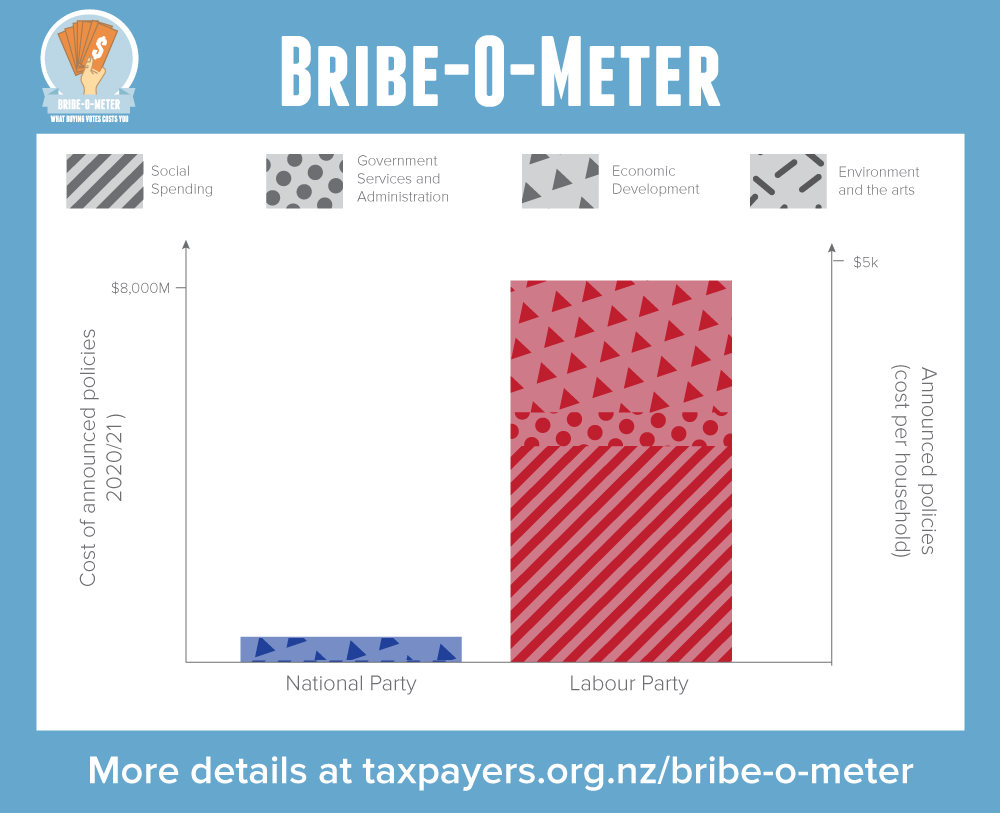 The Bribe-O-Meter is about transparency. We will be updating the figures weekly, allowing potential voters to assess which political parties are offering taxpayers value for money. Costs only include policies that will fall during the next election cycle (Budget 2018 to Budget 2020).

Budget 2017 is used as a baseline. So only policies that deviate from Budget 2017 are included in the Bribe-O-Meter. Items of spending contained in Budget 2017, which a party proposes to cut are subtracted from a party's total figure.

Who provides the figures for the Bribe-O-Meter?

How often will the Bribe-O-Meter be updated?

The Bribe-O-Meter will be updated on a weekly basis.

Are the graphics free to use?

Yes, the media are free to use the graphics, but we ask that they are attributed to the New Zealand Taxpayers' Union.

The results can be found at http://www.taxpayers.org.nz/bribe_o_meter_2014