Exclusive to members and supporters, we commissioned another Taxpayers’ Union Curia Poll that shows support for National and ACT is up, while Labour and the Greens are down. ACT is at a record high 16.6%.

David and our Executive Director Jordan Williams have just recorded a podcast where they delve into the numbers, what they mean, and the advice David would be giving Judith Collins and Jacinda Ardern reading this report. You can listen to the Taxpayer Talk episode here (or on Apple Podcasts, and Spotify). 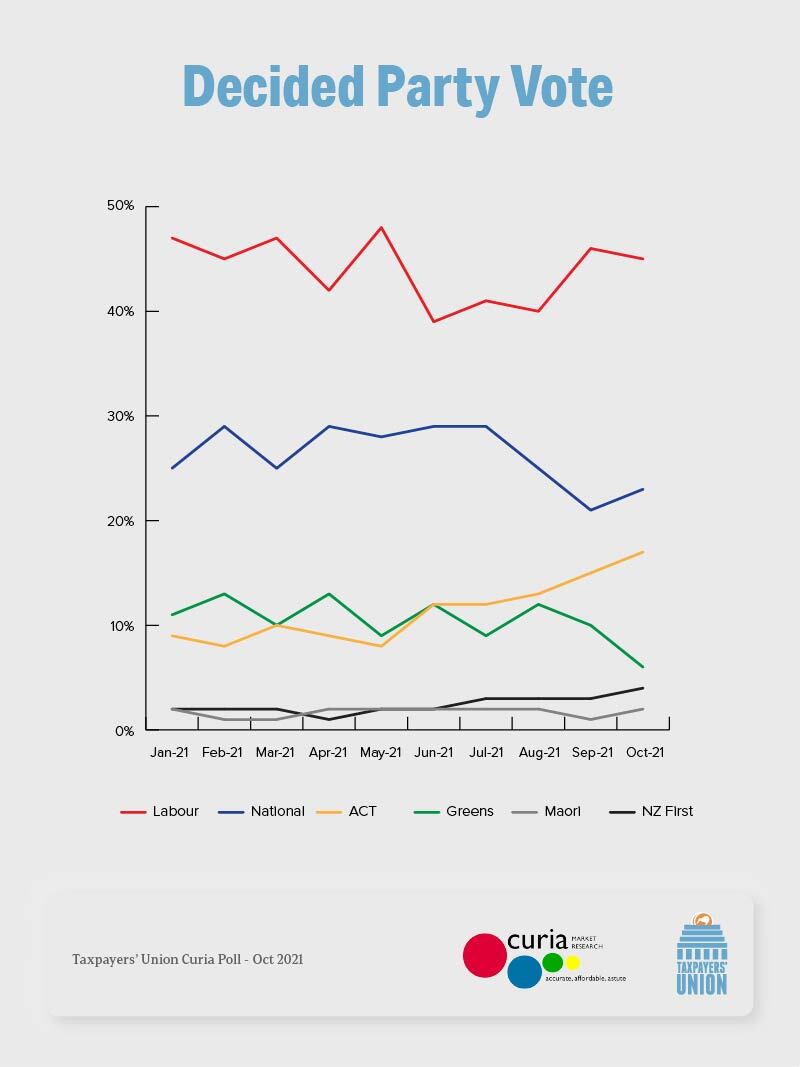 While no individual party had a massive change, the cumulative effect is significant with the gap between the centre-left and centre-right closing. In September the gap between National/ACT vs Labour/Green was a 19.2%. In this October poll the gap is down to 12.1%.

NZ First’s increase of 1.1% moves them closer to the 5% threshold which could become crucial if the gap continues to shrink.

Just like the TV polls, our pollsters do not read out options to participants to choose their preferred Prime Minister – we just include those who are named as preferred by more than a few people in the random sample of one thousand. 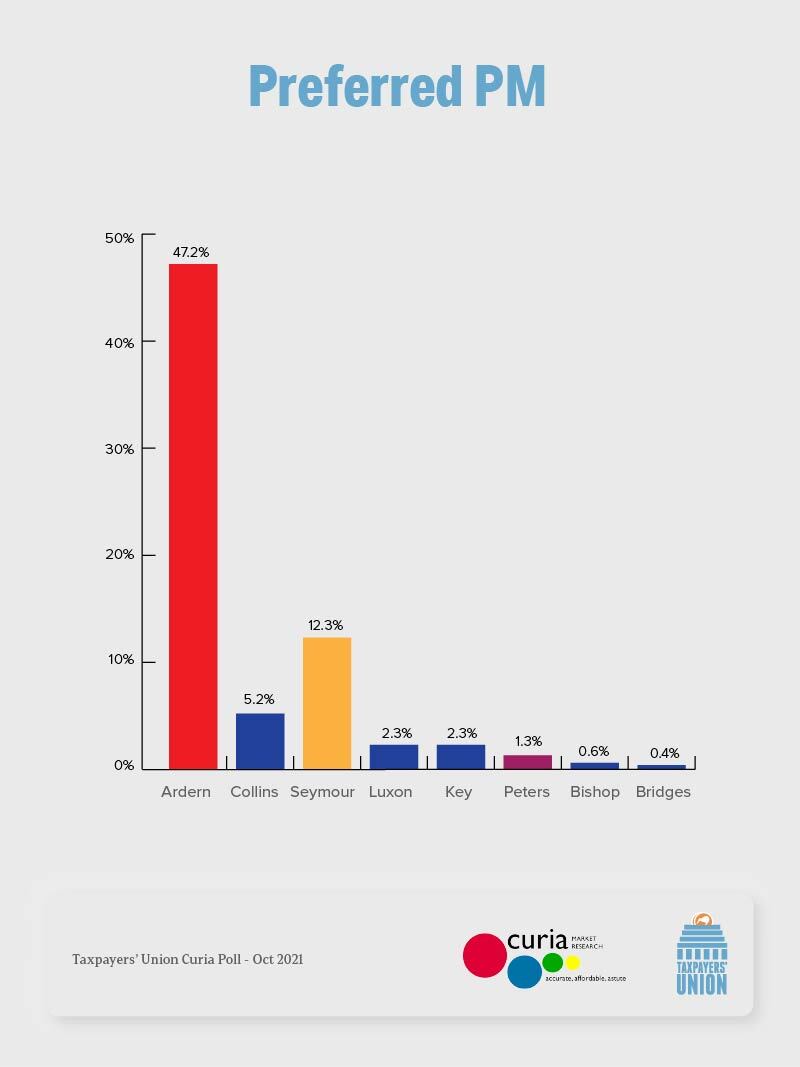 Jacinda Ardern remains streets ahead of everyone. David Seymour continues his climb. Sir John Key scores 2.3% – high for someone not in Parliament – this is likely due to his recent comments on the Covid-19 response and subsequent media attention. 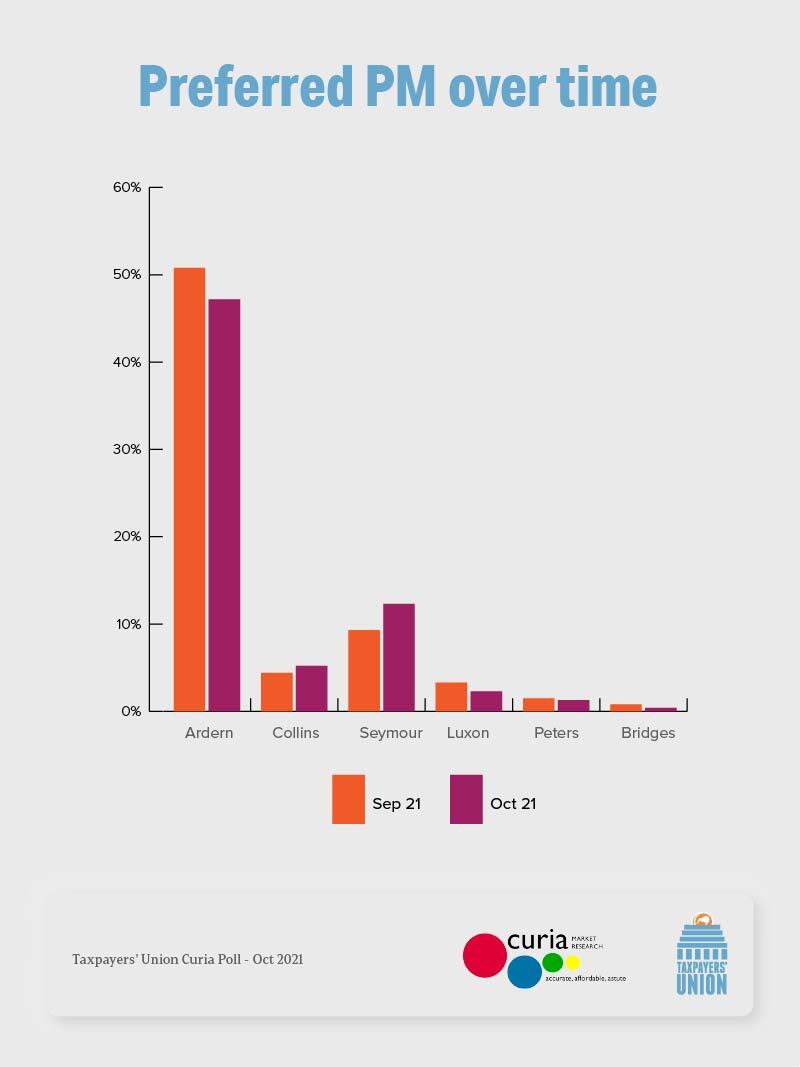 The ongoing Delta outbreak has seen a large increase in COVID-19 being cited as the biggest influence on how people vote. 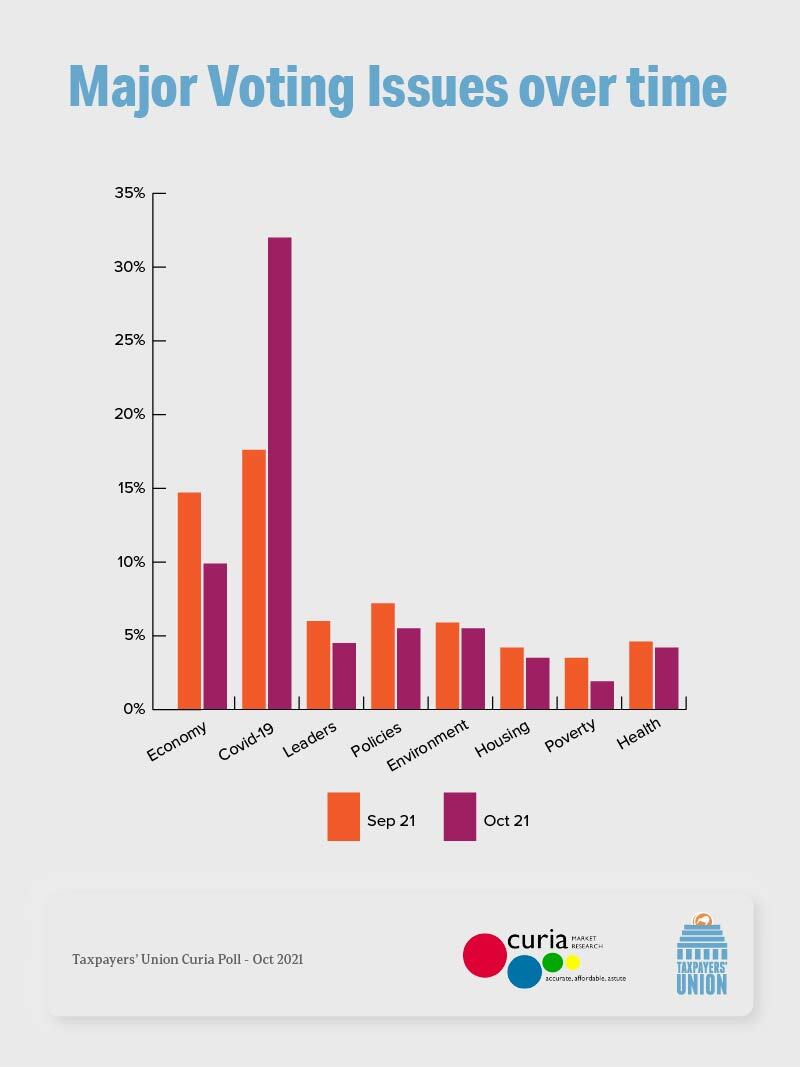 The scientific poll was conducted by Curia Market Research and commissioned by the New Zealand Taxpayers’ Union. The full polling report has been released exclusively to members of our Taxpayer Caucus. As is well known, but for full disclosure, David Farrar is a member of the Board of the Taxpayers' Union and also a Director of Curia Market Research Ltd.

The Taxpayers’ Union Curia Poll was conducted from Sunday 3 October to Monday 11 October 2021 with the median response on Wednesday 6 October 2021. The sample size was 1,000 eligible New Zealand voters who are contactable on a landline or mobile phone selected at random from 24,000 nationwide phone numbers. The results are weighted to reflect the overall voting adult population in terms of gender, age, and area. Based on this sample of 1,000 respondents, the maximum sampling error (for a result of 50%) is +/- 3.1%, at the 95% confidence level. This poll should be formally referred to as the “Taxpayers’ Union Curia Poll”.