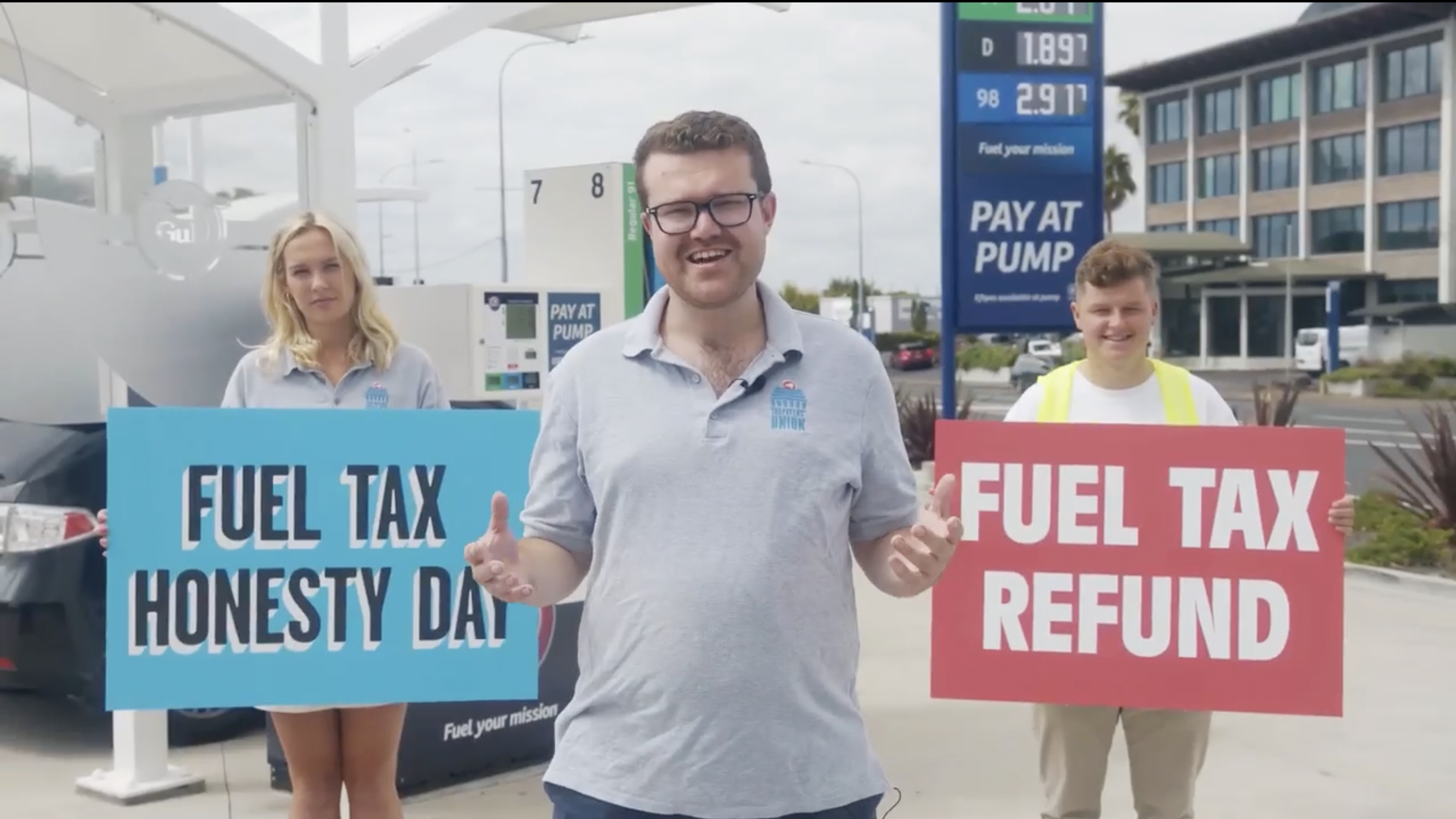 After a very successful Taxpayers' Union campaign earlier this year, the Government cut fuel taxes by 25c per litre (that's 29c once you include the GST). This policy victory saw a $1.39 billion ($715 per Kiwi household) saving at the pump.

But as an early Christmas present, Grant Robertson has announced that the Government will hike taxes in two stages in February and March next year. With inflation still at more than 7 percent, we say this tax hike will hit New Zealanders hard and simply push the cost of living up further.

Based on the current price of oil and processing, these tax hikes will see Kiwis return to paying more than half the cost at the pump in tax.

Grant Robertson and other opponents of the reduction make the claim that non-road users are 'subsidizing' the cost of petrol for car drivers, but this is nonsense on stilts. Actually, road users are subsiding the costs of rail travel, walking, and cycle ways, and ineffective campaigns like Road to Zero through the National Land Transport Fund (which fuel taxes are paid into).

We've set up an online action form to make it easy for taxpayers to write to Finance Minister, Grant Robertson, and tell him how a fuel tax hike now will affect you and your family.

New Zealand used to pride itself in ring fencing money raised from fuel taxes to spending on roads. But as politicians have raided the National Land Transport Fund to fund their pet projects, you're now paying for everything from advertising campaigns Government 'Road to Zero' propaganda to expensive cycleways no one uses. We say that until motorists' money is spent entirely on roads, taxes should not be hiked.

>> Send the Government a message at www.fueltax.nz <<

Last week, the Treasury opened the books as part of the Half Year Economic and Fiscal Update. The Update reports on progress against the fiscal and economic projections published in May's Budget.

We sent our economist down to Treasury to go through the fine detail in the media and analyst lock up. His analysis was damning: Despite tax revenue being at record-high levels, and above projections, Grant Robertson continues to spend even more money than budgeted, and far more than is being raised in taxes. That means the Debt Clock is running hotter than ever.

While it is easy to understand why government might have expanded during the pandemic, there is no justification for the current high spending. The public service has ballooned in the past five years but the growth in managers has far outpaced frontline workers and New Zealanders have seen no improvement in the delivery of public services.

With the Official New Zealand Government Debt Clock updated to reflect the latest figures, you can watch in real time how much the Government is adding to your household's mortgage.

It'll be our kids and grandkids who will be forced to pay for all this spending in the years to come – plus interest on top. We say the Government needs to tackle its addiction to spending – and quickly.

Ahead of next year’s election, we will be putting pressure on all parties to show how they will balance the books and set out exactly how they will pay for new spending pledges or tax cuts.

ACT and Indexation: An Apology 🥺🙏🙇

In our last newsletter, we shared an opinion piece by our one of our interns, Connor Molloy, which outlines why we think ACT has got it wrong with its opposition to tax bracket indexation. In that opinion piece, Connor mentioned David Seymour's support for Simon Bridges's indexation bill as an example of how ACT's policy on this issue has shifted.

David Seymour got in touch to point out that he made clear in his speech that his support for Bridges's bill at first reading was conditional on an amendment that would use the revenue earnt from fiscal drag to lower the top tax rate and flatten the tax system. He is quite correct and this particular criticism was unfair and we apologize for the oversight. 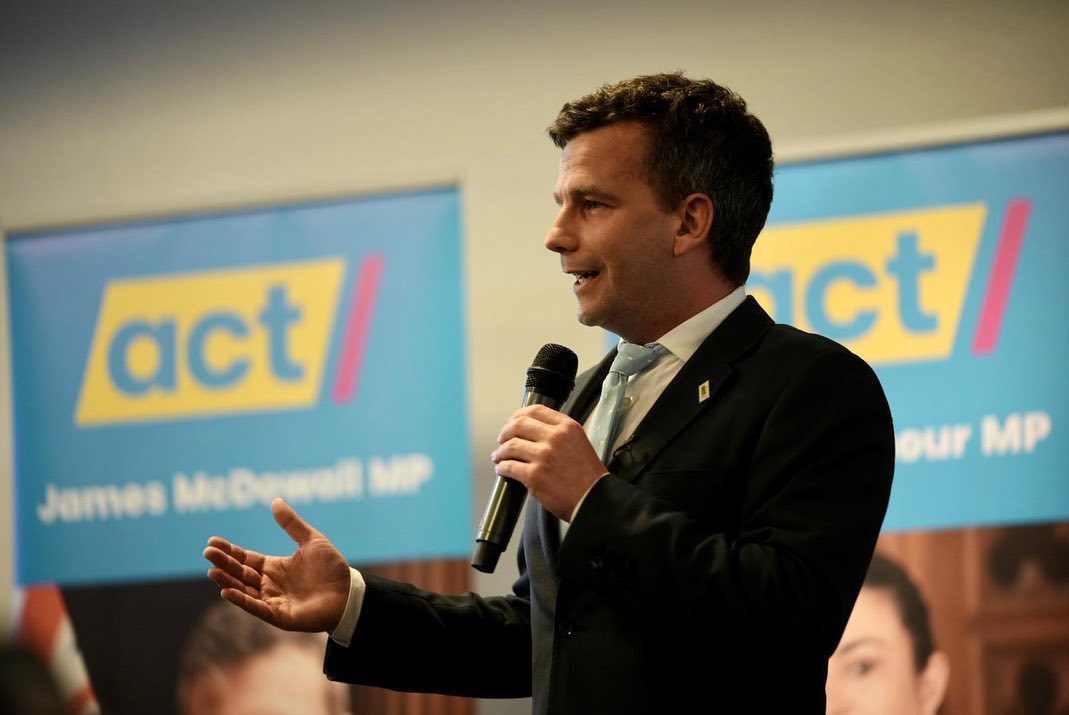 No taxation without indexation 💸 ‼ 🪧

Looking into this issue a bit further, however, we did come across remarks made by one David Seymour in an earlier parliamentary debate back in 2016 when he posited the question 'since when did a centre-right government support fiscal creep as a means of raising revenue?' and stated that 'This Government should be indexing tax brackets to inflation'.

We also stumbled across a 2017 ACT press release where Seymour has another go at National for 'refus[ing] to permanently tie brackets to inflation'.

Now that ACT are resolutely opposed to tax bracket indexation, we will leave it up to you, dear reader, to decide whether or not its position has changed. Was our young researcher wrong to allege a U-Turn?

Either way, until ACT reverts back to its previous policy of a flat tax, bracket creep will continue under whatever reformed tax system it proposes. The principle therefore still stands and your humble Taxpayers' Union still believes ACT is mistaken to oppose indexation. 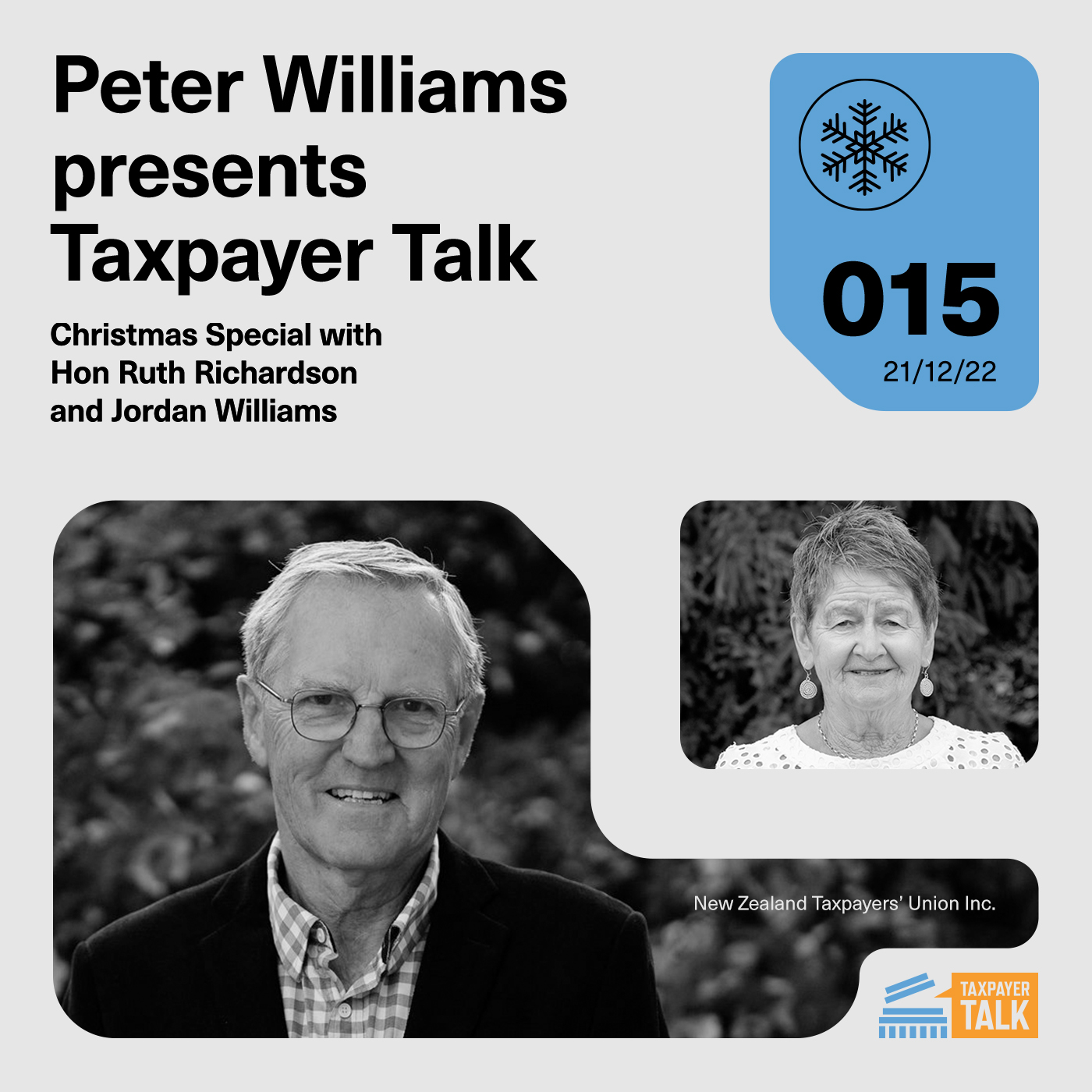 As a former Minister of Finance, Ruth is well placed to provide analysis of the political year, the state of the economy and the Reserve Bank.

Jordan provides an insight of the year inside the Taxpayers' Union and gives his predictions on what the big issues will be in 2023.

This is my last Taxpayer Update for the year so may I take this opportunity to wish you and your family a very merry Christmas.

Thank you for your support throughout 2022 and best wishes for the new year.

Contractor Should the Government apologise for Dome Valley?

NZ Herald National and Act in government on latest poll