Greg Harford, the General Manager of Public Affairs at Retail New Zealand has drafted the following on proposals to reduce the threshold for GST for imported goods purchased online.

Many people agree that tax is a necessary evil that we need to provide core Government services. Many people also think that, if we have taxes, they should be as low as possible, and enforced both fairly and consistently.

Retail NZ was interested to see that the Taxpayers’ Union is running a poll on whether the Government should reduce the threshold at which GST is collected on imported goods. At the moment, a loophole in the law means that if you buy $399 worth of books from your local bookshop, you pay GST, but if you buy them from a foreign website, GST is not paid. This means that those shopping in local stores pay more than their fair share of GST, while those shopping online from offshore don’t pay their share. It also means that the New Zealand Government is effectively applying a reverse tariff against New Zealand businesses, and that it’s harder for Kiwi firms to compete for Kiwi business.

Retailers have long argued that the Government should close this loophole. New Zealand (and Australia) are well out of line with international best practice on this, and it is time for change.

It has been suggested that the arguments against this are that collecting GST would be administratively burdensome, that the tax collected may be less than the cost of collection, and that consumers will be forced to wait longer for the delivery of products.

The administrative question is a bit of a red-herring. Retail NZ and Booksellers NZ have been lobbying for the GST registration of foreign companies selling to New Zealand – so GST would be collected by foreign websites in exactly the same way that it is collected by New Zealand-domiciled retailers. This would largely remove administrative cost (the cost would be no different to the costs imposed on domestic businesses), ensure that the tax collected is greater than the cost of collection, and ensure that most goods would flow freely across the border, without delay or inconvenience to consumers.

The big foreign etailers are all in a position to “switch on” sales tax collection for New Zealand (they do it for some other jurisdictions). If the major etailers registered for GST, this would mean that GST would be collected on the vast majority of items imported into New Zealand.

The current process may, however, be required for goods purchased from boutique companies that do not register for GST. However the volume of items processed in this way is expected to be very small. This would, we expect, lead to a substantial reduction in costs to Government overall, which would be good news for taxpayers.

No tax system is perfect. GST is not a new tax. It has long been a tax on the consumption of goods and services in New Zealand. Some people may wish to have an argument about whether GST is a fair or appropriate tax system for our country. But if we have such a tax, it should be levied universally, irrespective of where the transaction takes place.

I was slightly concerned to read in a Taxpayers’ Union email that foreign websites could be banned from trading in New Zealand. To my knowledge, this has never been mentioned in the debate either here or in Australia, and we would certainly not support such an approach. We are not against online shopping, but we are concerned about a tax that is unfairly applied and seriously disadvantages New Zealand businesses.

Our point in relation to the 'banning' of foreign websites is that it is the inevitable conclusion if a foreign domicile website (say one offering music downloads) simply refuses to apply NZ's tax law. We of course hope that it never happens!

New report on why a sugar tax won't curb obesity

The Taxpayers’ Union is today launching a report which corrects the recent claims of New Zealand campaigners about the effectiveness of sugar taxes in curbing obesity.

The report contains Nielsen sales data, which is being publicly released for the first time in New Zealand. The data shows that Mexican sales of sugar sweetened beverages have not moved, despite the introduction of a sugar tax. While Auckland University’s public health activists are choosing to use interview data which supports their campaign, the real sales data does not lie.

Fizzed out: Why a sugar tax won’t curb obesity, sets the record straight, and examines honestly whether taxes on food and drink, such as that introduced in Mexico, are likely to reduce consumption and affect obesity rates.

The report's author, Joshua Riddiford, sums up the politics of food and drink taxes in his executive summary:

Proposing a 20 per cent tax on sugar, as some groups have suggested, appears to be more about value judgements on sugar than actually helping New Zealanders towards better health outcomes.

Christopher Snowdon of Britain’s Institute of Economic Affairs, has written a foreword to the report which concludes:

A sugar tax is attractive to politicians because it allows them to engage in mass pick-pocketing with a sense of moral superiority.

It is not good enough to say that anything is worth a try in the campaign against obesity. A policy that is known to incur significant costs without reaping any measurable rewards is a policy that should be rejected.

The report which can be viewed below or downloaded as a pdf. Hard copies are also available on request. 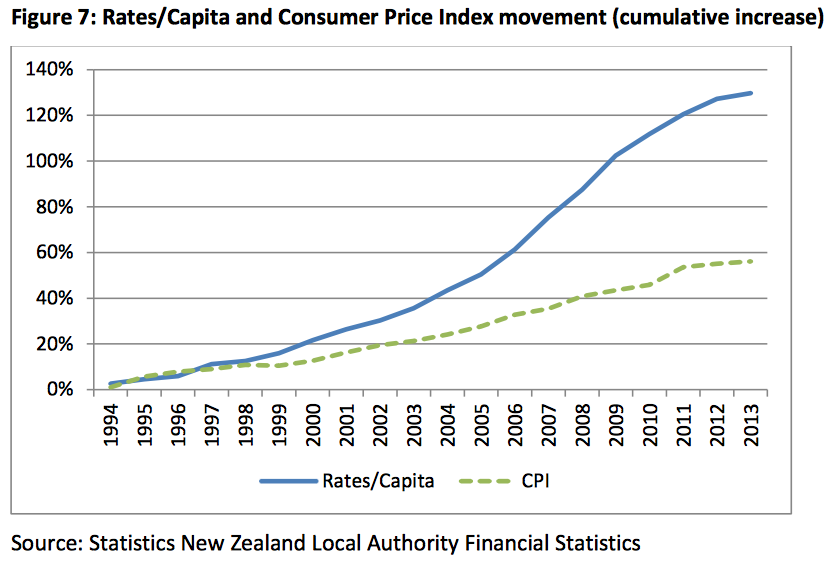 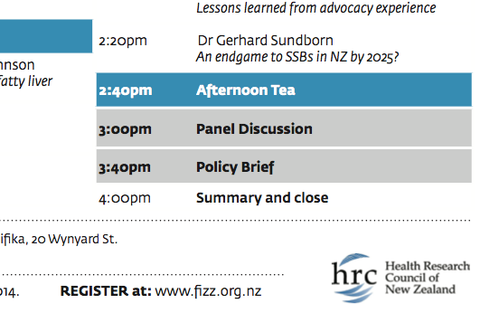