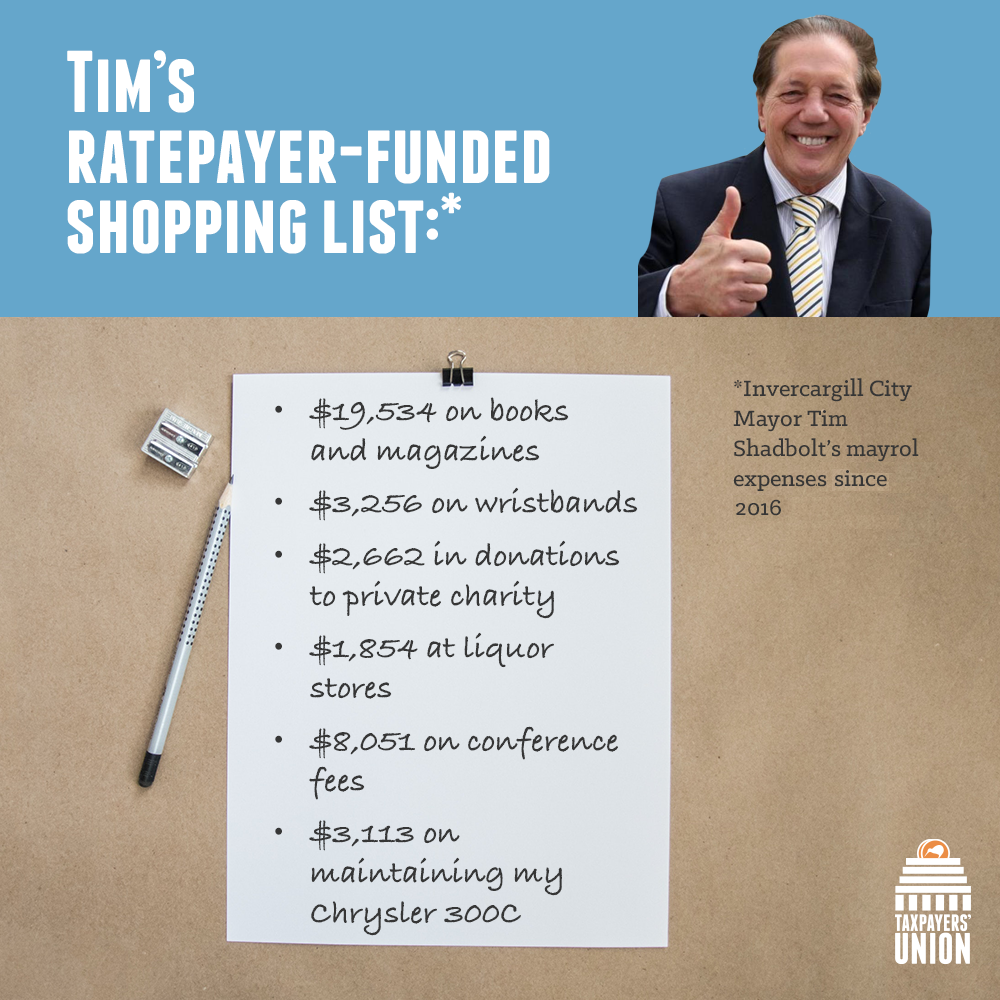 The Taxpayers’ Union can reveal that Invercargill Mayor Tim Shadbolt has racked up $147,243 in mayoral expenses since late 2016 (the beginning of this term in local office).

Tim Shadbolt has shown considerable fiscal irresponsibility in his latest term of office, spending inordinate amounts of money on frivolous or personal things.

Seven different times, his card was used for ‘accommodation for Mayor Shadbolt and Family’. Ratepayers might be surprised to learn that the Mayor is using their money to take his family on junkets.

Mayor Shadbolt also spent nearly $3,113 on maintenance for his famous ratepayer-bought Chrysler 300C, revealed earlier in the year to be the most expensive mayoral vehicle in the country. It’s no wonder that the Council is reviewing the cost of its fleet if existing vehicles are kicking up so much in maintenance costs.

We sent the same request to other councils but Mayor Shadbolt’s indulgence dwarfs that of others.

Ratepayers might be concerned that the Mayor uses so much public money on gifts and personal adventures. Perhaps in the future he could personally pay for his family getaways and bottle shop runs?

The full spreadsheet of expenses, obtained under the Local Government Official Information and Meetings Act, is available here.