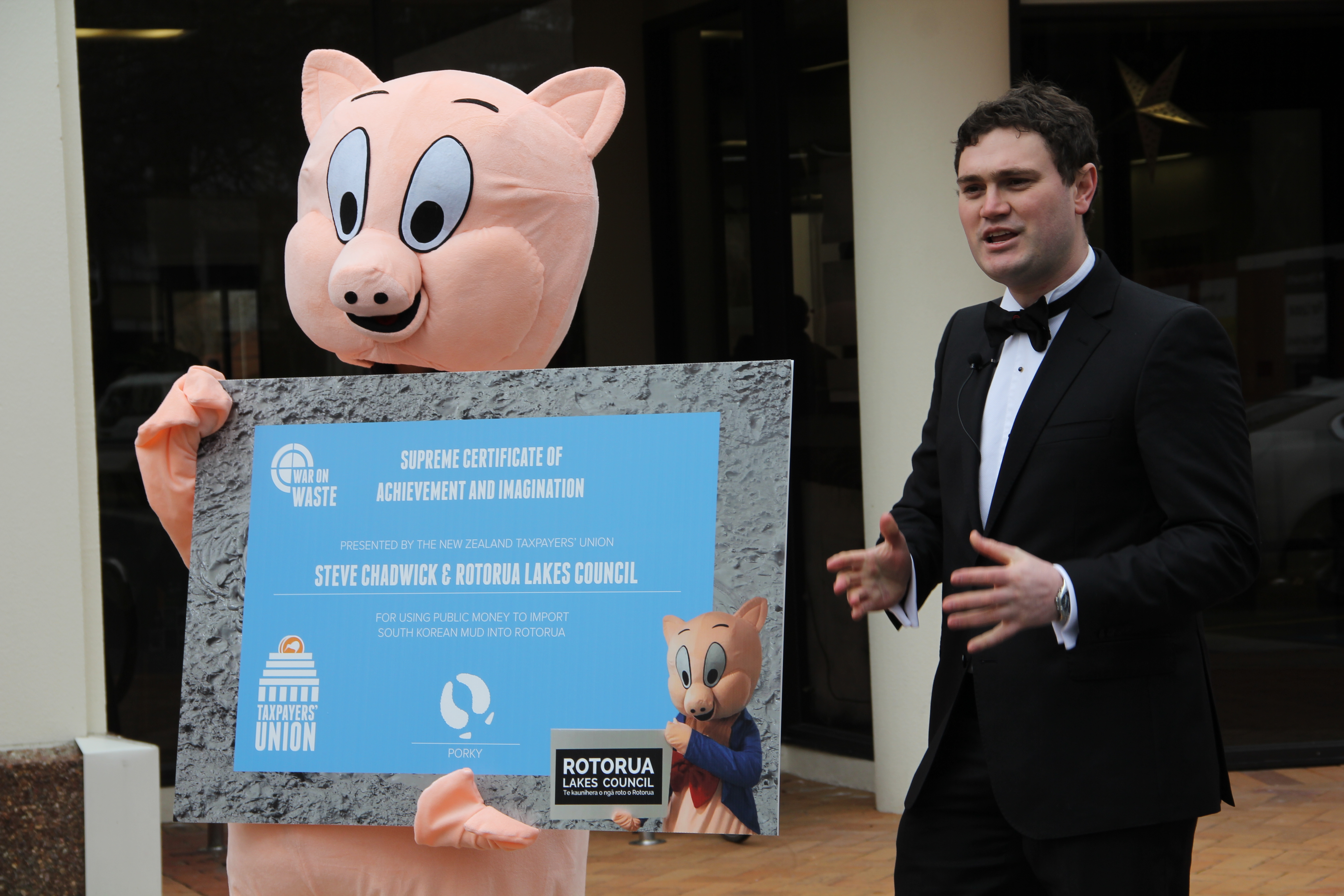 The Taxpayers’ Union mascot, "Porky the Waste-hater", visited Rotorua this morning, and awarded the Rotorua Mayor a “Supreme Achievement Award” for imagination and achievement in wasting public money, following the Mayor’s decision to spend $90,000 of public money to import five tonnes of mud from South Korea. The mud is to supplement the local variety at Rotorua’s ‘Mudtopia' festival later in the year.

After some waiting, Ms Chadwick failed to front (apparently she was too busy). Nevertheless, an official accepted the award on her behalf.

The award recognises the most creative use of taxpayers’ money we have seen yet. The favourite pastime of our mascot Porky is playing in mud, but even he condemns this total waste of money. 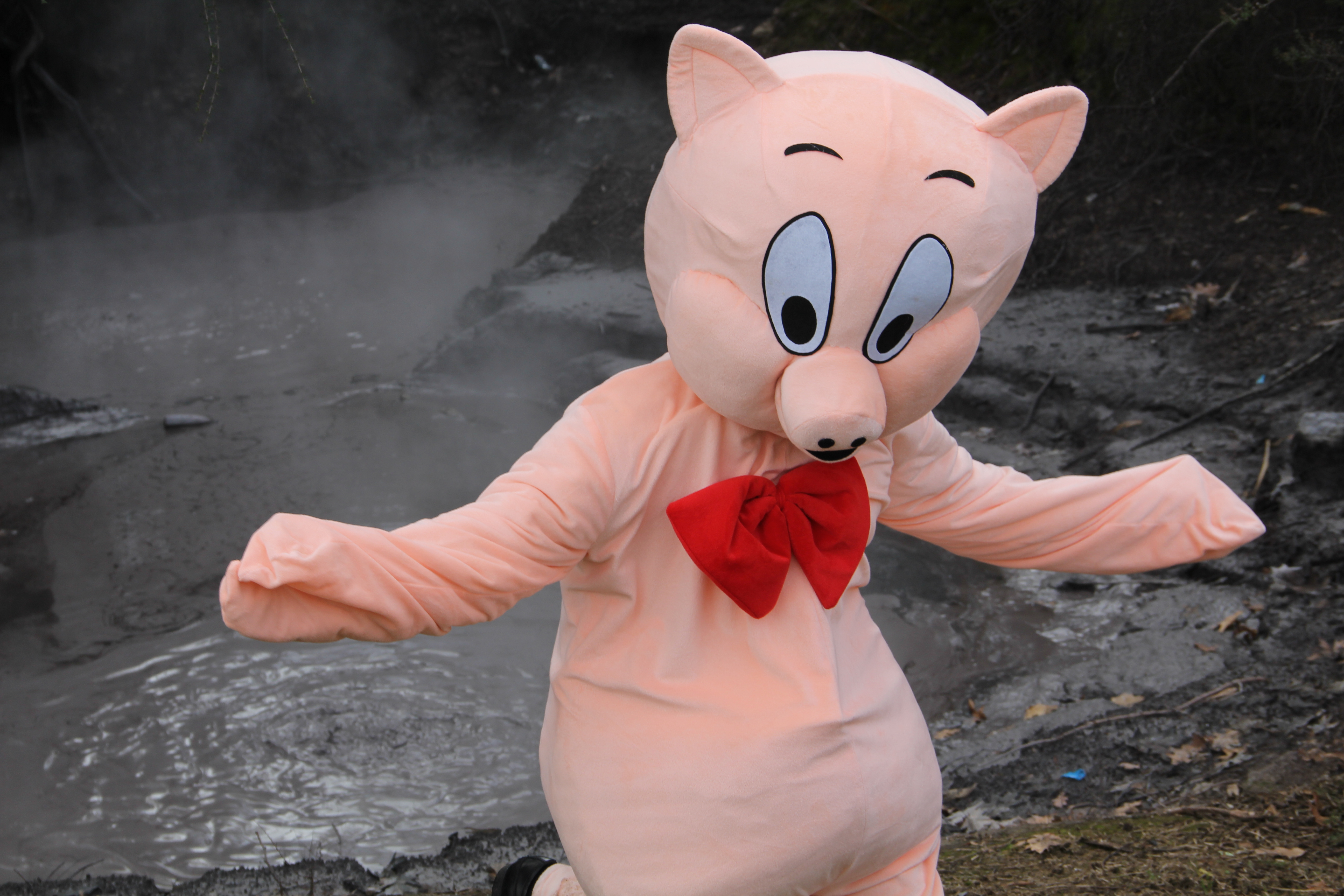 Steve Chadwick has created New Zealand’s very own ‘coals to Newcastle’ story.  Even the BBC has covered this ridiculous and frivolous waste.

The whole reason Rotorua Lakes Council received a tourism grant from MBIE was to promote Rotorua and its mud as a destination.  Instead, these geniuses flew to Korea and used the money to buy the foreign variety.

We elect politicians to be guardians of the ratepayer and taxpayer purse.  Unfortunately, that’s clearly not happening here in Rotorua.

What makes this Council’s behaviour particularly galling is the fact that Councillors tried to defend the spending in local media by saying that it’s ‘only taxpayer’ money, since a large amount was funded from an MBIE grant. What a disgraceful attitude to the hard-working taxpayers who earned that money.