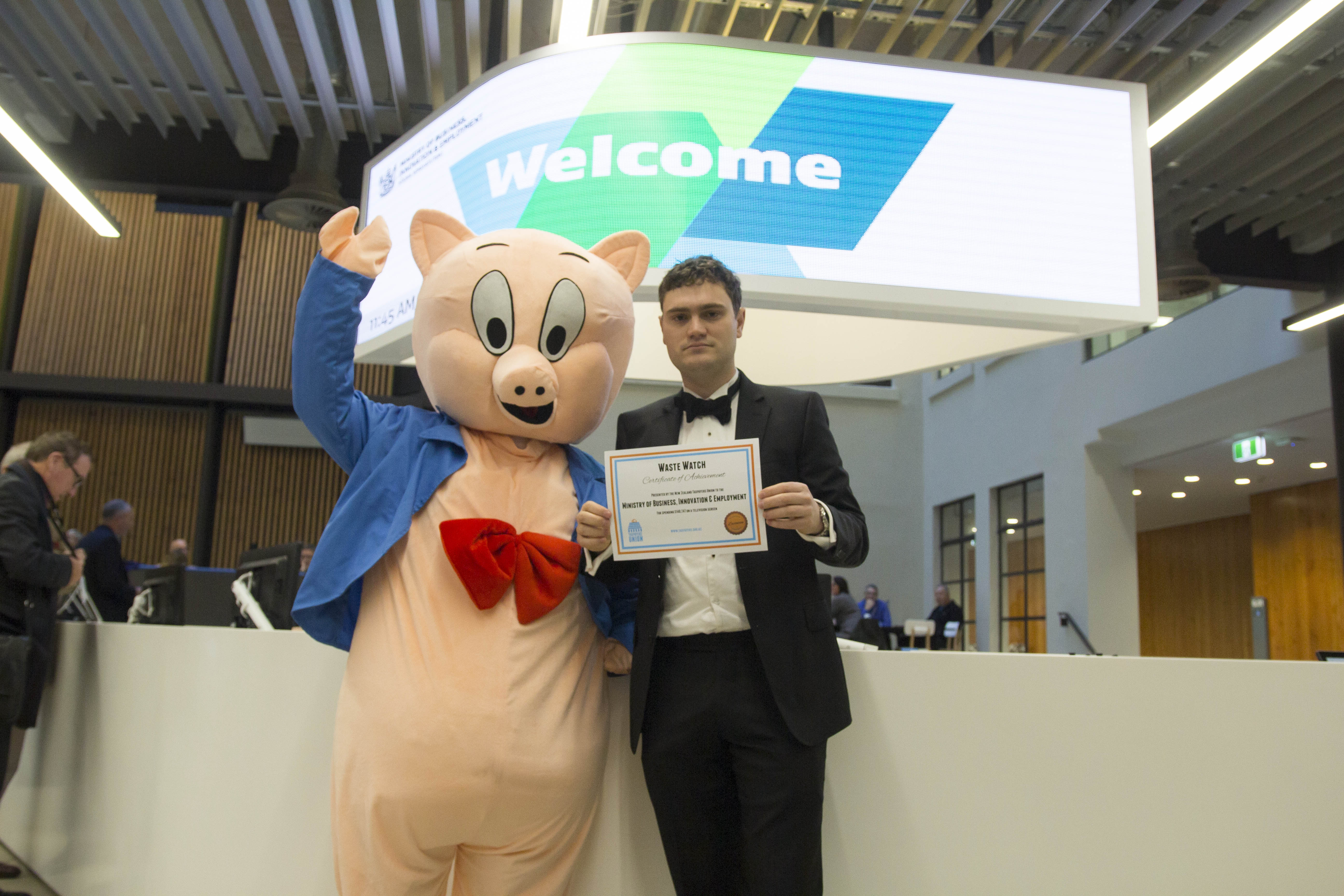 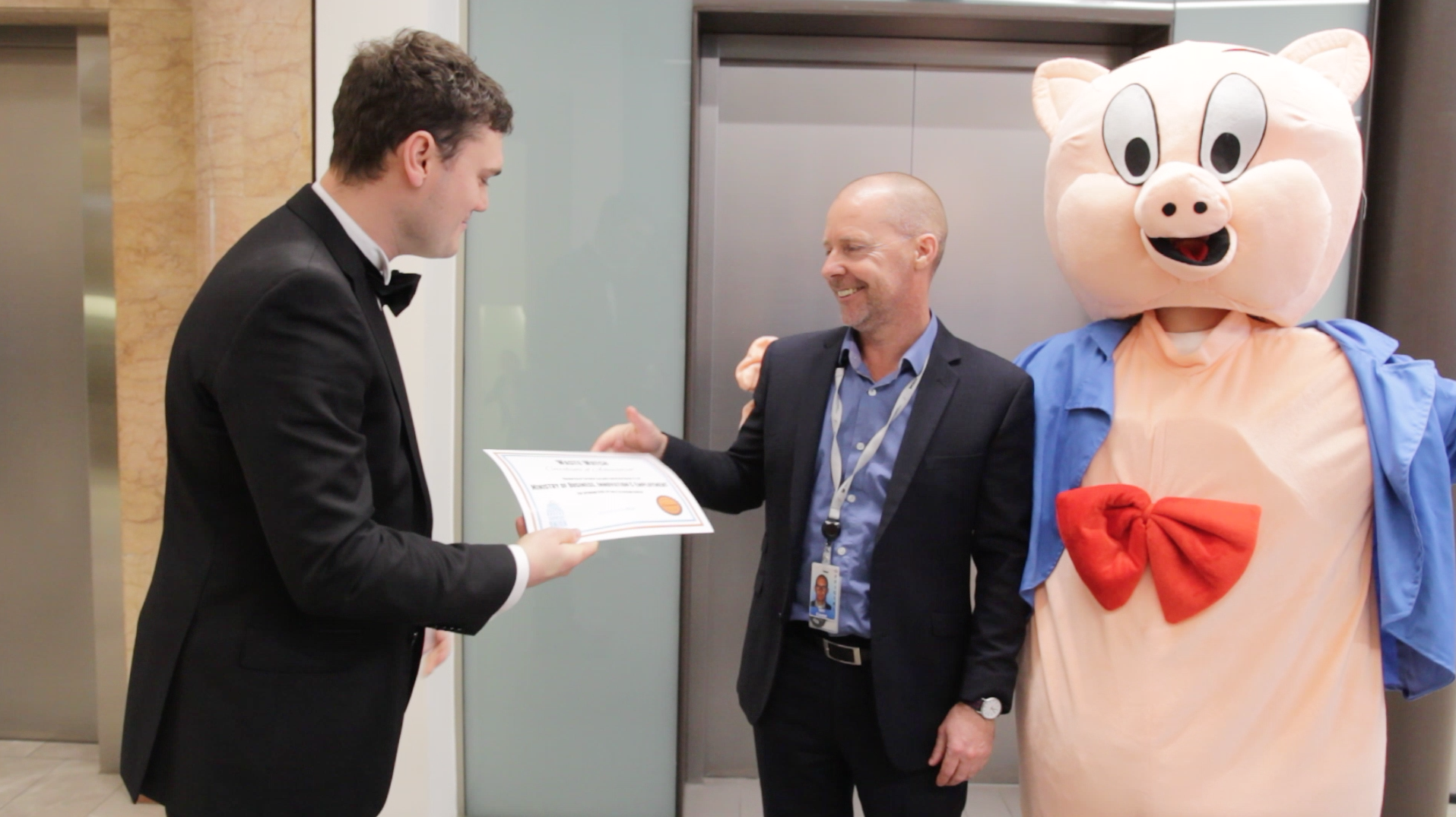 UPDATE: Below is the video of Porky presenting a Taxpayers' Union Certificate of Achievement.