Earlier today our mascot “Porky the Waste Hater” presented our petition calling on the Hamilton City Council to ditch the proposal to change its name, to the Mayor and Councillors. 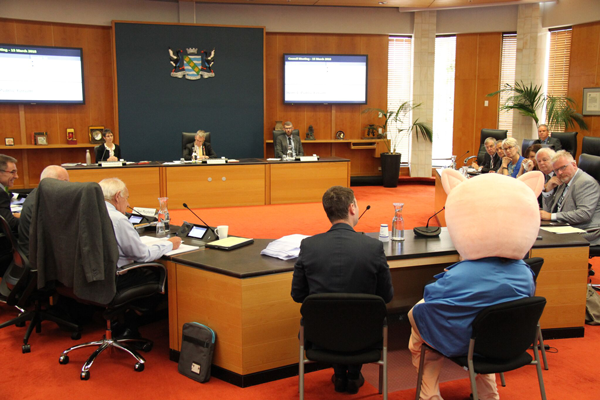 It is fair to say that the Mayor was NOT happy with the attention and our presence.  He wouldn’t even talk to us, or address our submission on his personal proposal to spend tens (or hundreds) of thousands of dollars to change the name of Hamilton City Council to Kirikiriroa City Council.

Your efforts – more than 1,500 signatures in only 36 hours – meant the Mayor didn’t even have a Councillor to second his motion.  Not even one. He withdrew the proposal soon after we presented the petition. 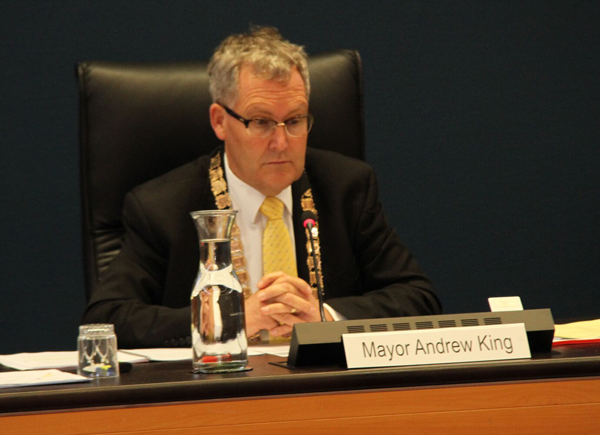 In the context of the Council wanting to hike rates by 20% in only two years, our spokesperson Louis Houlbrooke  – who presented to the Councillors – summed it up like this:

"Cases like this pose the question, if this is what you do with ratepayers' money in the light of day, then what are you doing when we're not looking?"

You can read more about what happened at the meeting on the New Zealand Herald. 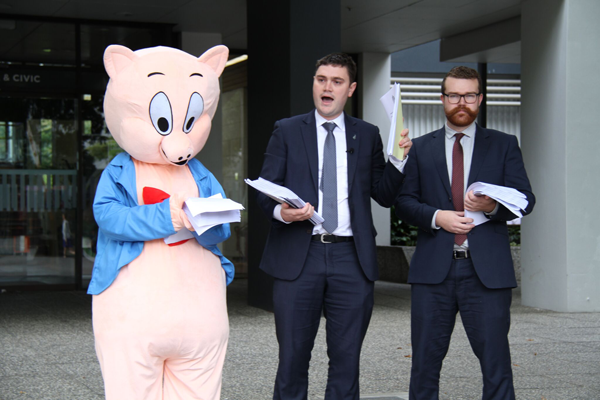 Thank you to the fifteen hundred people who stood with with us on this issue to hold local to account on wasteful spending.