Lawrence Yule billboard found to be an election ad 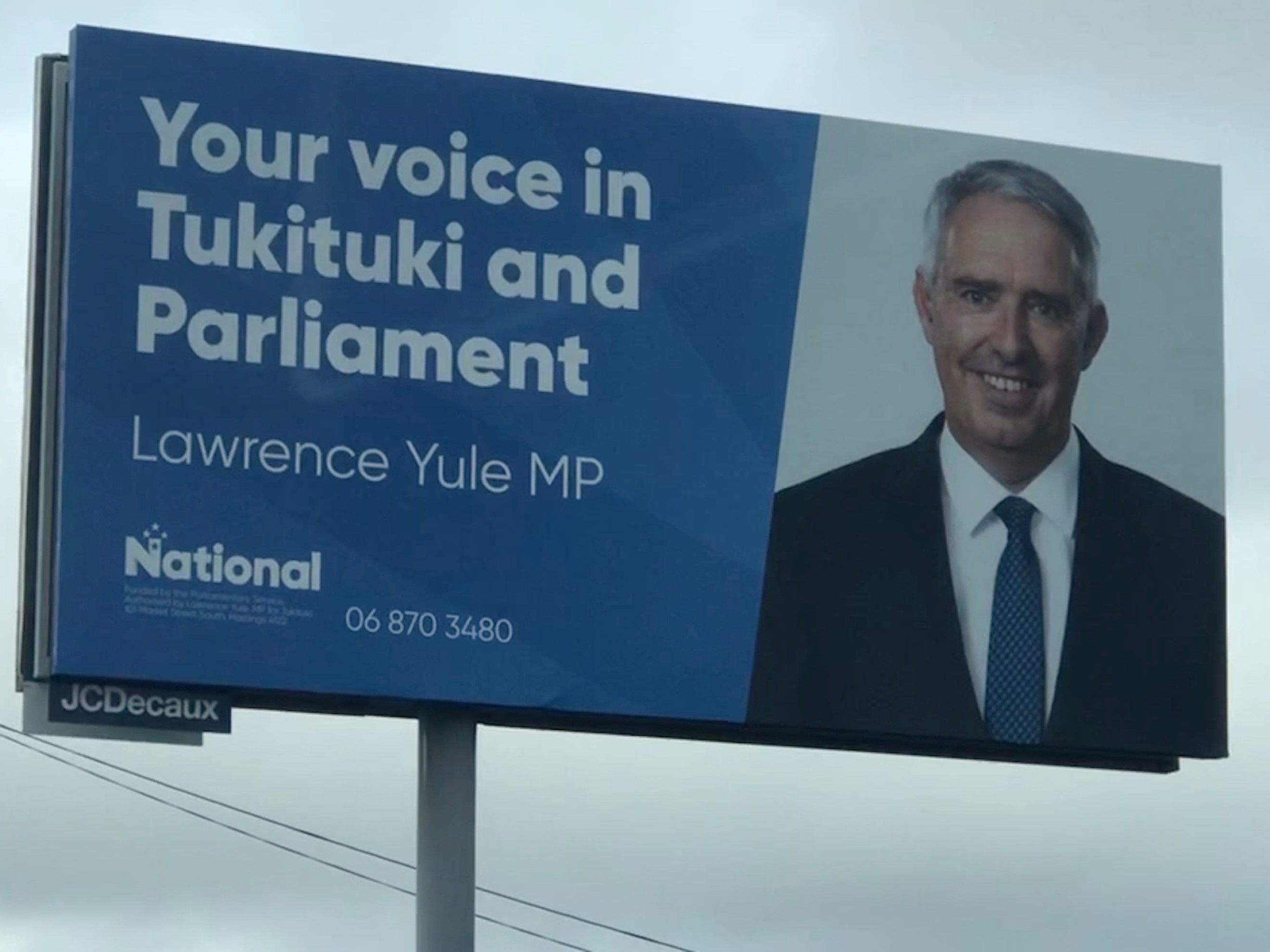 The Commission's decision was made in response to a complaint by the Taxpayers' Union, which understood the large billboards were recently erected and therefore could not be considered part of Mr Yule's standard display of contact details.

As a result of the Commission's decision, the money spent on these billboard will be apportioned into the election period, and will count towards Mr Yule's election spending limit.

Union spokesman Louis Houlbrooke says, "Mr Yule claimed he had written approval to erect these billboards with taxpayer money, but now we see the Electoral Commission find against him. Either the Commission has made a remarkable u-turn, or Lawrence was telling porkies."

The Taxpayers' Union has written to the Speaker of the House to ensure this action is taken.