As many as 12 Kāinga Ora staff members at a time have attended community barbecues, a pizza night, and a site blessing at one of its Auckland construction sites.

A neighbour of the Greys Ave social housing development contacted us through our Tip Line expressing frustration at constantly being sent newsletters from Kāinga Ora inviting locals to BBQs and social events connected to the new development. The housing agency spent $1,764 on food and drinks for these events, plus $600 for a site blessing and almost $2,000 on the newsletters themselves (resources, printing and distribution).

In addition, 20 hours of staff time was spent writing and formatting each community newsletter. The taxpayer-funded newsletters introduce Kāinga Ora team members, highlight a "Subbie [subcontractor] of the month" and in one case express excitement about Jacinda Ardern and Housing Minister Megan Woods visiting the site. 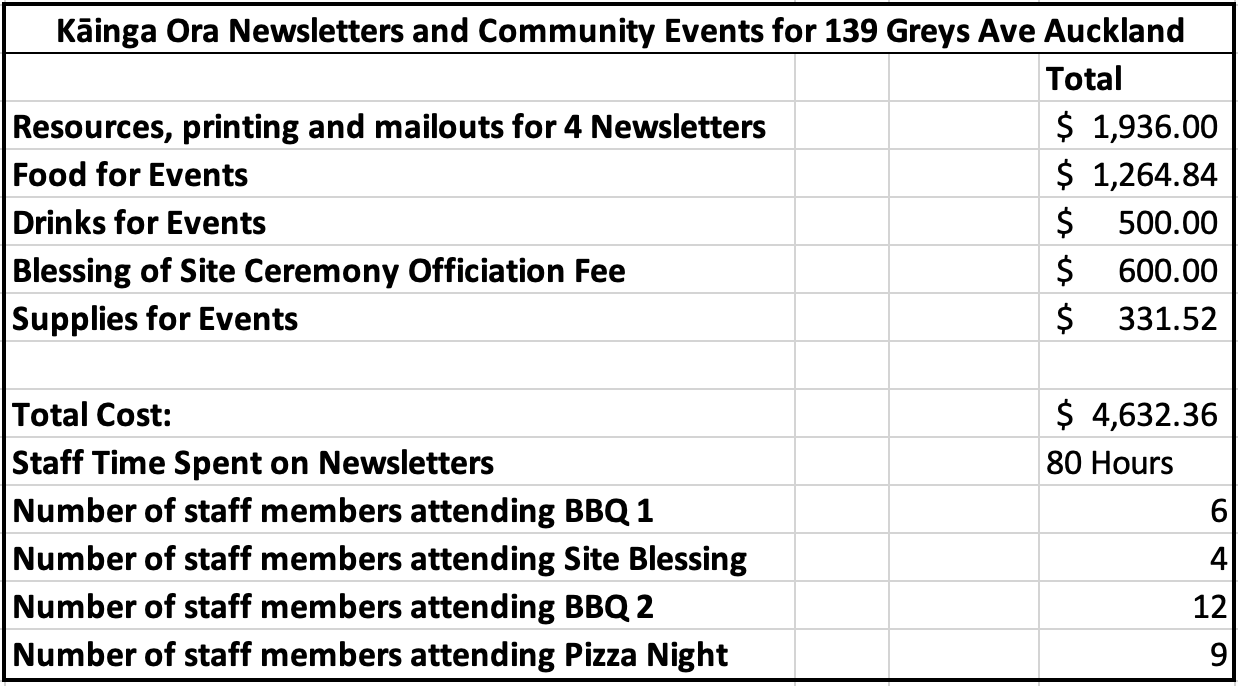 Kāinga Ora's public relations campaign surrounding its Greys Ave development is clearly aimed at softening neighbours up to tolerate the construction and the hassles of having a social housing development next door.

Our tipster says she would prefer Kainga Ora focused on getting the construction done and dealing with dust pollution than being invited to warm and fuzzy taxpayer-funded BBQs. We tend to agree.