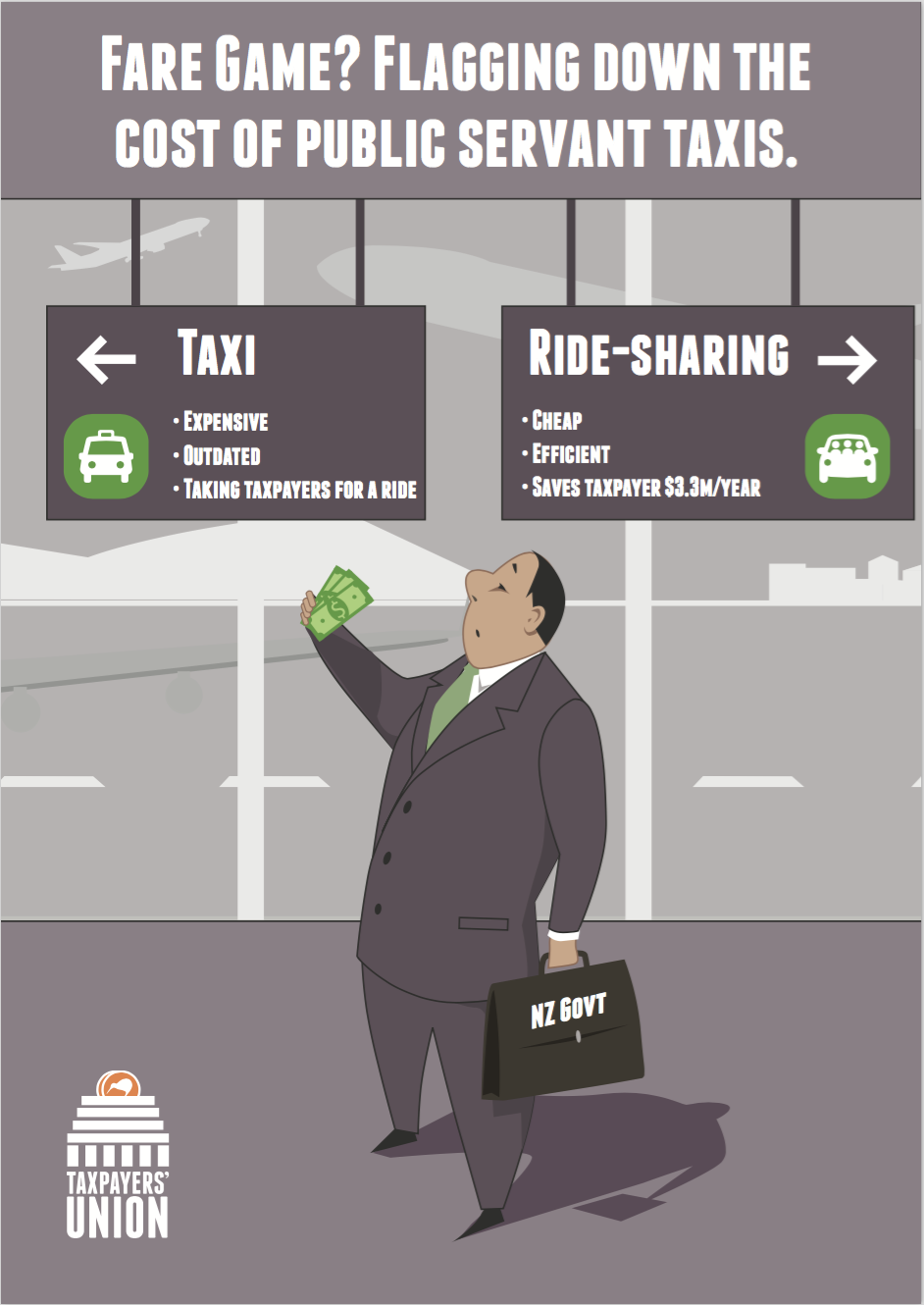 Currently, the 28 tier-one public service departments spend about $9.3 million a year on taxis. That’s compared to just $77k on ride-sharing apps. If all public servants opted for ride-sharing apps over taxis, we calculate the potential savings for taxpayers being around $3.27 million per year.

Despite the recent regulation of the ride-sharing industry, a number of departments still have policies in place banning their staff from using Uber or Zoomy for staff travel. Not only is that not keeping up with the times, it means many more millions are wasted on flash cabs, when a cheaper Uber would do just fine.

The report also assesses the opportunities for increased efficiency in departments who embrace ride-sharing as a means of staff travel. It also shows that internationally, the New Zealand public service is lagging behind.

Gone are the days of paper receipts and employee reimbursement forms. Ride-sharing’s electronic based system facilitates remarkably efficient internal staff travel processes. It’s no wonder federal officials in the United States and Australia have been encouraged to use the new technology.

Disclaimer: Neither Uber, or any other ride-sharing interest, have donated, joined, or financially contributed to the Taxpayers’ Union or the publication of this report.  To join the tens of thousands of New Zealanders who have, donate now at www.taxpayers.org.nz/join