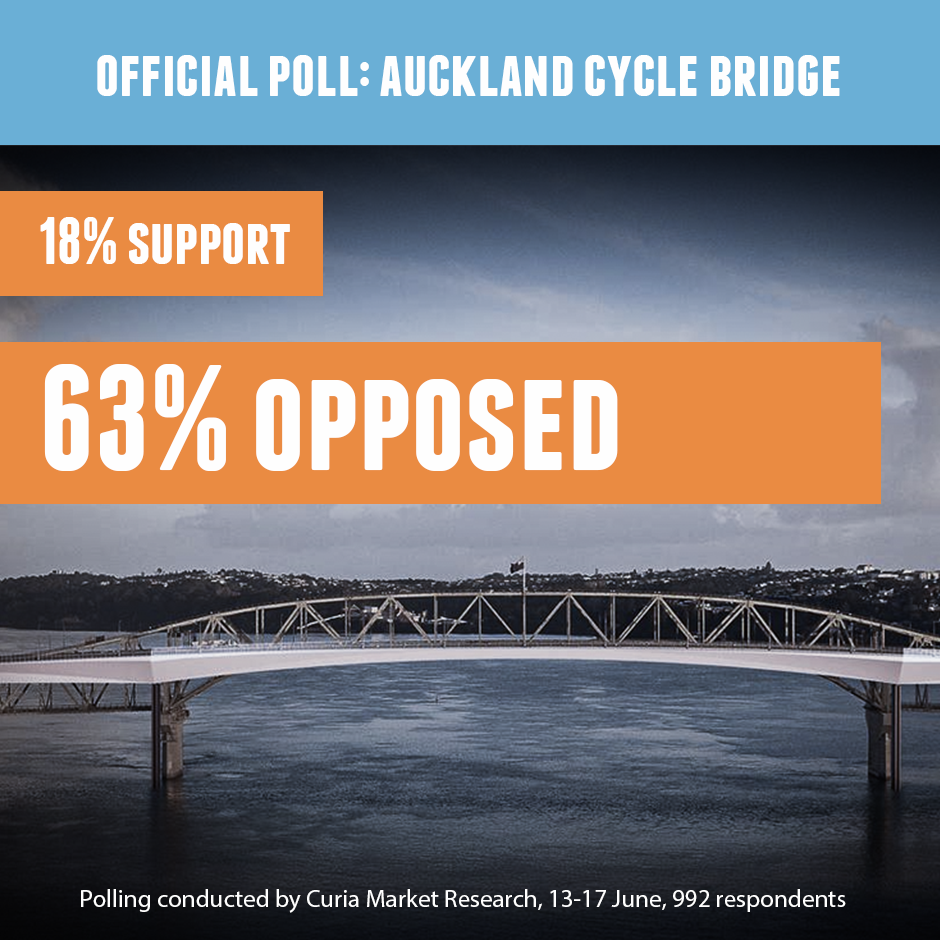 The full data set can be viewed here. The polling was conducted by Curia Market Research, with a sample size of 992 respondents. 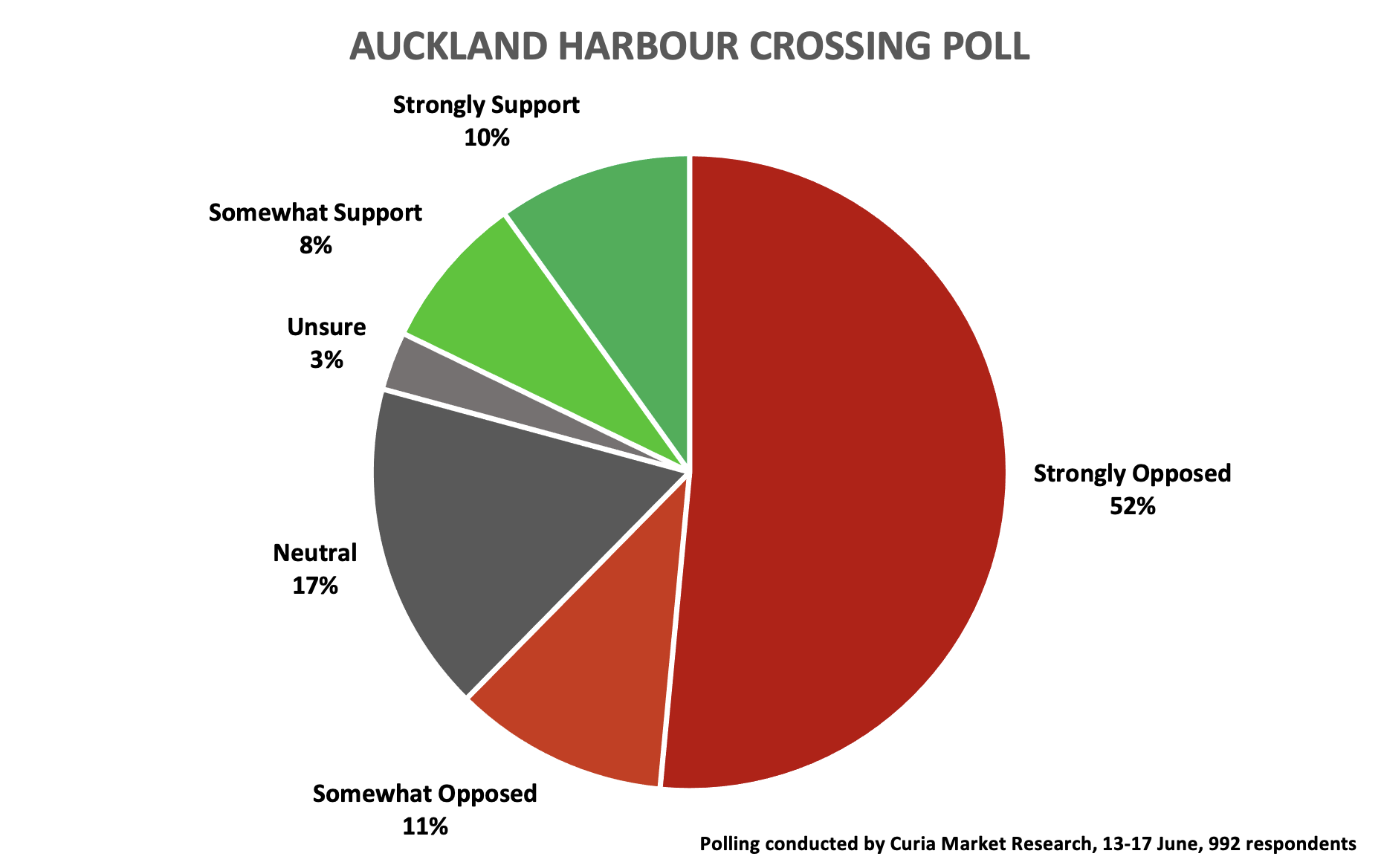 Opposition to the bridge outweighs support by more than three to one. And it’s not just soft opposition – a majority of respondents stated they are strongly opposed.

Opposition to the bridge is firm across a broad spectrum of the population: women and men, every age group, Aucklanders and non-Aucklanders. In fact, the only demographic that seems to support the bridge is Green Party voters, and even that’s only by a slim margin.

This scientific polling explains the enormous response to our petition against the bridge, which has so far been signed by 57,000 New Zealanders. Clearly, the Government has massively misjudged the public appetite for such a brazenly wasteful project that will disproportionately serve a small group of privileged Aucklanders.

We’re calling on the Government to admit they’ve got this one wrong, and divert the $685 million to projects that benefit the many, not the few. It’s easier to back down now than further down the track when millions have been sunk into engineering reports and consultation documents.