Three hundred and sixteen foreign entertainers, including 64 DJs, were fast-tracked through MIQ in 2021, reveals the New Zealand Taxpayers Union.

Taxpayers have spent $1.2 billion on MIQ – $660 for every household in the country. But we were badly let down by the Government's criteria that put favoured industries ahead of Kiwis and essential workers.

An official information response shows that MBIE gave border exemptions to 316 entertainers under the ‘other critical worker' criteria:

This reinforces the widely-held view that the Government's criteria for border exemptions was and is a complete shambles. How can anyone defend dishing out exemptions to dubstep and hip hop DJs while slamming the door shut on nurses that we desperately need?

Techno performers like DJ Dimension and Dom Dolla hogged rooms in MIQ facilities while Kiwis were barred from seeing their families. Even essential workers were unable to enter the country, including hundreds of nurses. One Kiwi nurse was denied an MIQ spot eight times, and eventually resorted to sailing to New Zealand from Australia. 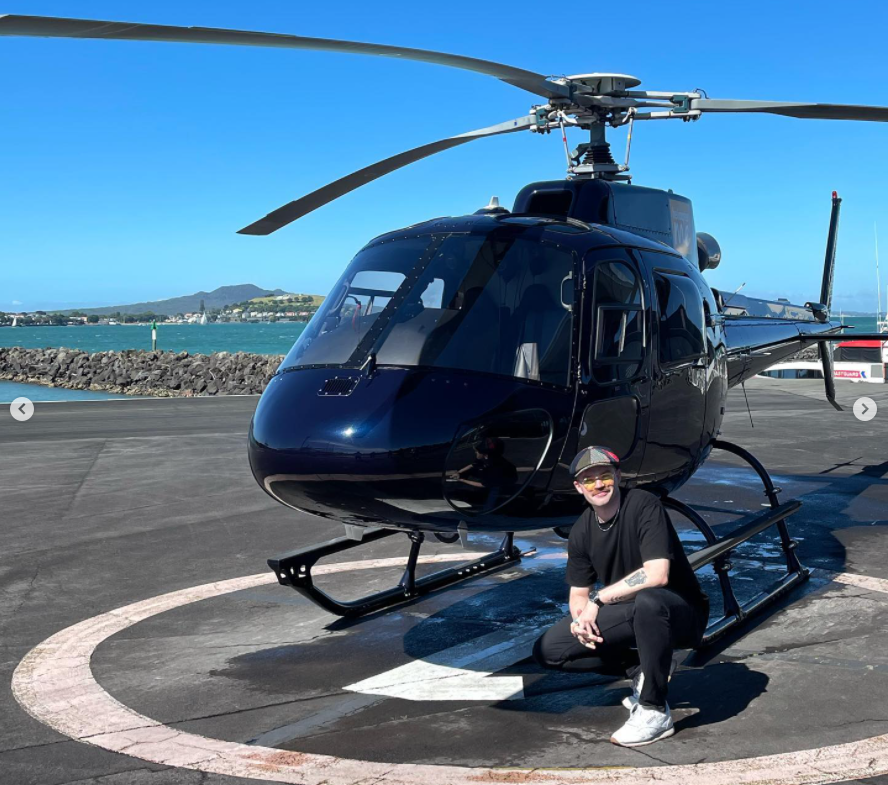 Melbourne DJ Dom Dolla squats in front of a helicopter on the Auckland waterfront while overseas Kiwis were barred from seeing sick relatives. Source: Instagram

The justification that these entertainers brought a 'significant wider benefit to the national or regional economy' just doesn't stack up. Last year we suggested that a far more economically productive (and taxpayer-friendly) approach to MIQ slots would be to release a limited number of slots to foreigners that would be allocated to the highest bidder. This would naturally prioritise high-value visitors and also provide a revenue stream to recoup the massive costs of MIQ.

MIQ has wound down for Kiwis, but the Government's cruel and irrational zero-sum game remains in place for international visitors. We need to get real: COVID is now here to stay in New Zealand. MIQ no longer serves a justifiable purpose.