Chapter I: An Unexpected Premiere 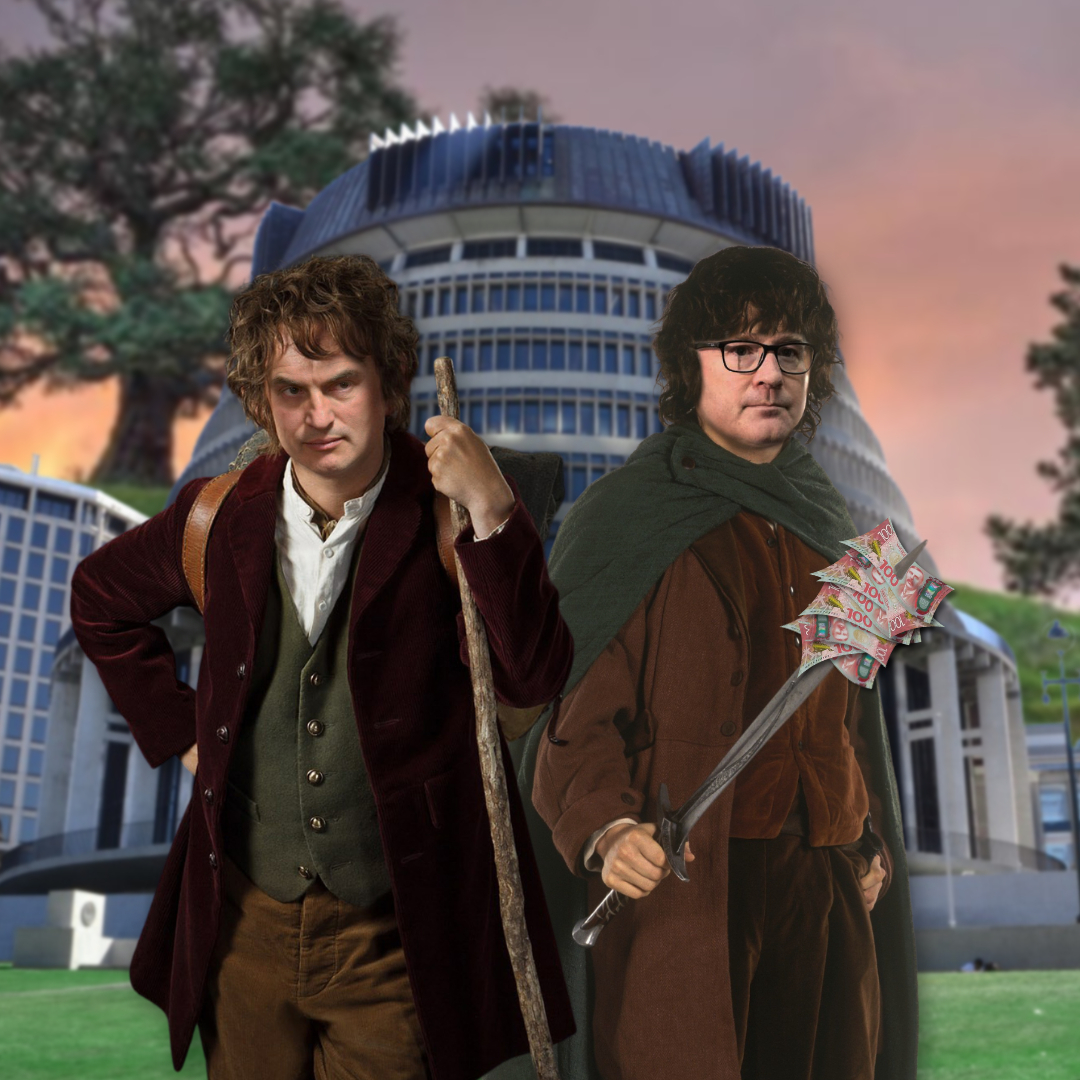 The following is an op-ed by Taxpayers’ Union Analyst N C C Miller. It is free for publication. (544 words)

In a hole in the Beehive there lived a hobbit. Not a nasty, dirty, wet hole, filled with the ends of worms: it was a Ministerial hole, and that means comfort. It had a perfectly round door like a porthole, painted bright red like a KiwiRail locomotive, with a shiny yellow brass knob in the exact middle.

The door opened on to a very comfortable office with panelled walls, floors tiled and carpeted, and polished chairs. This Minister was a very well-to-do Minister, and his name was Bilbo Twyford. Twyford had lived in the neighbourhood of The Hive for over four years. He was always accompanied by his loyal gardener, Samwise Nash.

One day, there came a loud knock. Not a ring, but a hard rat-tat on the Minister’s beautiful red door. Somebody was banging with a stick! Twyford and Nash were confused, they had no meetings in their diaries. Summoning up his most assertive tone, Bilbo Twyford wavered: “No thank you! We don't want any more visitors, well-wishers or distant relations!"

A deep voice boomed “And what about some very new friends?” The door swung open and there, clad in finest shimmering Armani, stood Amazon the Grey, the legendary wizard of taxpayer subsidies for multi-million-dollar films. “I have an adventure for you Masters Twyford and Nash. In truth, I have five seasons of adventures which will spread the name of the Hive far and wide,” Amazon told the astonished Ministers.

Bilbo and Samwise raced to their strongroom, deftly sidestepping the sleeping figure of Smaug Robertson. They returned with gold, silver, jewels, frankincense, myrrh, and most valuable of all in the Second Age of Pestilence, three-ply toilet paper. The deal was sealed with a solemn round of “paper, scissors, rock.”

In the first eon, matters appeared to be going well and there was no cause for alarum. Then, on a stormy night, Amazon the Grey returned to the Hive, this time accompanied by thirteen intellectual property lawyers, all stroking their beards and laughing into their bulging money pouches.

Amazon told the Ministers he had dark and troubling news. Then there was a flash of light and a cloud of smoke, and while Bilbo and Samwise were left gagging in the vapours of a cheap flash bang grenade, Amazon was spotted riding away on a Jaguar, laughing manically, and twirling his moustache. His lawyers left behind a short note saying the adventures had all moved to the Northern Kingdom, including taking the infrastructure of the whole series developed by the Hive, for various exciting tax purposes. They obviously attached an enormous legal bill.

A crestfallen Bilbo Twyford eventually penned a warning letter to the stout yeomen of the Northern Kingdom, to be delivered by Light Rail when the line was complete. He wrote these prophetic words:

Do not be seduced by Amazon’s bewitching words and card tricks. Watch out next year when the Kingdom of Croatia or the Lords of Canadaor come calling on the ring bearer with even larger taxpayer funded subsidies. There is no loyalty, there be only dragons. We know what it is like to have what we thought was Our Precious taken from us. Multi-national wizards like Amazon will always up and follow other people’s gold. They never put a Ring on it.