A new report from the New Zealand Taxpayers’ Union shows the success of benefit sanctions, explains why efforts to make life on a benefit easier simply encourage a culture of welfare dependency and fraud, and exposes that more than one third of unemployment and single parent beneficiaries admit to failing on their obligation to seek employment. 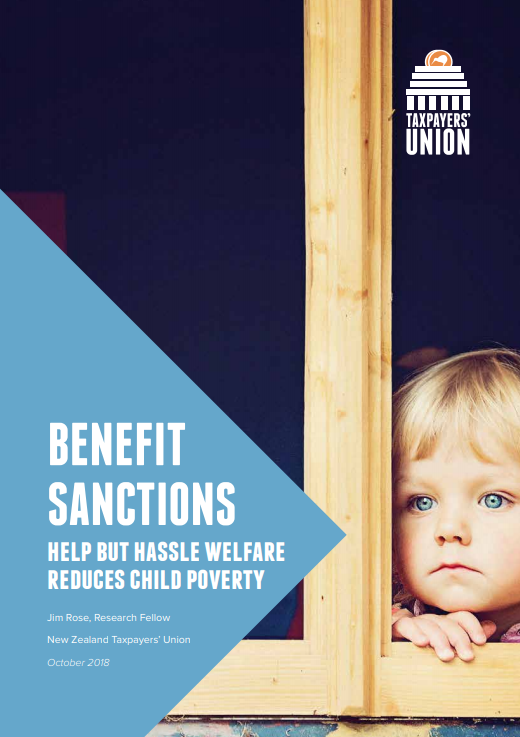 The release of the report, Benefit Sanctions, coincides with a Green Party campaign to remove sanctions for beneficiaries who don’t comply with associated obligations. The report also works as a submission to the Government’s working group tasked with providing recommendations to overhaul the welfare system.

Beneficiary advocates have good intentions, but their prescriptions – removing requirements to seek work and removing sanctions – are a social and moral failure. The Green Party’s policy to make life on a benefit will simply encourage a culture of welfare dependency and fraud.

Rates of welfare fraud are many times higher than most New Zealanders would expect or find acceptable under the current system. The report canvasses the evidence that easing up on sanctions and obligations for beneficiaries would dramatically increase fraud and dependency. That means driving up the cost of the welfare system for taxpayers and leaving less room in the Budget for other forms of social spending.

If the Government wants to reduce child poverty, it should encourage the unemployed and single parents back into work and off welfare.

Our report advocates a help-but-hassle approach that nudges beneficiaries back into work, leaving more to spare for those in genuine need.

If the Government took this approach, it could afford to be more generous, within existing budgets. The difference is that the money would be more targeted to those who most need it.

Benefit Sanctions is available at www.taxpayers.org.nz/benefit_sanctions and was written by Taxpayers’ Union research fellow Jim Rose.