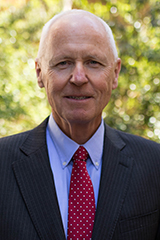 Well known former Wellington lobbyist and former journalist, Barrie Saunders, has been appointed to the board of the New Zealand Taxpayers’ Union.

As a government relations consultant, he worked for corporates, groups of corporates and industry organisations including: fishing, used vehicle imports, pharmaceutical advertising, meat, pipfruit, timber, institutes of technology and polytechnic and the New Zealand Business Roundtable, a free market think tank.  Barrie was the executive chairman of the 14 member Port CEO Group, a virtual organisation from 2002 to 2015.

He was President of the Wellington Regional Chamber of Commerce  2000-2002 inclusive, is now a life member of the Chamber.  Chairman of CBL, the Chambers investment company 2003/9.  He was a trustee of the Wellington City Mission 1999/2006 and a member of the Housing NZ Board 1994-97.  In 2011 he was appointed a director of TVNZ and completed his second term on April 2017.

Prior to establishing his government relations business in 1990, Barrie worked as a journalist (radio and TV in New Zealand, Australia and the UK), and the National Business Review, of which was the founding editor in 1970.  He later worked in public relations.  He was press secretary to the Labour Party Leader Bill Rowling (1976-79), Public Relations Manager for the Manufacturers Federation (1979-83) and Public Relations Manager for the NZ Meat Producers Board 1983-86.  He was the Board’s North American Director based in New York from 1986 to the end of 1989.

A print quality, royalty-free, photo of Barrie is available here.