Are the Greens still an environmental party?

Analysis of the spending promises by the Green Party shows that only 9% of the Party’s committed spending so far this election relates to environmental priorities. According to the ‘Bribe-O-Meter' of the $4.9 billion in new spending the party is promising, only $443 million relates to the environment.

Unlike the Green Party I joined in 2004, the existing policy platform appears to be more about transferring wealth than protecting the environment. In comparison to the $443 million pledged for environmental causes, the Green’s welfare policies have been assessed by our independent expert to cost $1.82 billion. $1.82 billion is equivalent to $1,073.24 per New Zealand household.

Based on these numbers, the current Green Party is arguably only 9% ‘green’. 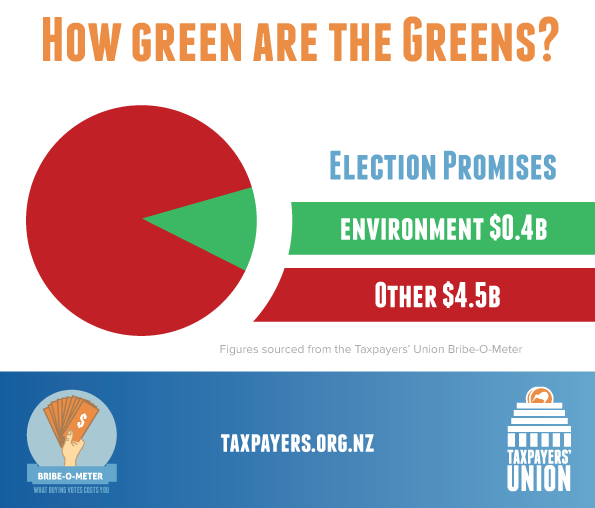