Up in Smoke: The social cost of tobacco excise 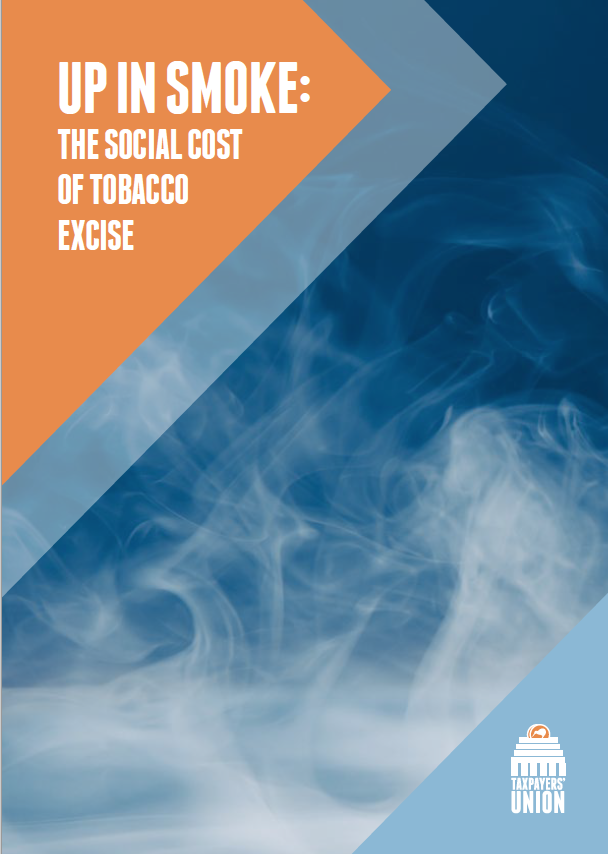 To coincide with the implementation of the latest tobacco excise hike of 10%, plus inflation, we've released a new report that shows the ineffectiveness of tobacco tax hikes as a tool to reduce smoking rates, and reveals the unintended consequences of the policy: direct financial harm to smokers and their families, and crime towards retailers.

The goal of excise tax – to reduce smoking rates and prevent smoking-related illness – is a noble one. But it’s not enough to judge a policy by its intentions. Our new report evaluates tobacco excise tax based on its actual results, both intended and unintended.

Despite tobacco prices increasing by over 60% since 2012, only one in ten adult smokers quit. Amongst Maori and Pasifika, there has been no statistically significant reduction in smoking rates over the last decade. In other words, it’s completely failed to achieve the goal of reducing smoking rates in those communities where they are the highest.

We could tolerate an ineffective policy if it caused no harm. But tobacco tax hikes cause enormous harm, devastating the incomes of the vast majority of smokers who haven’t quit.

A pack-a-day smoker is nearly $3,000 per year worse off in real terms than they were in 2010. This direct financial harm will only worsen as the tax is hiked year after year – salt in the wound for New Zealanders already addicted to a harmful substance.

Higher tobacco prices have made smokers more willing to purchase black market tobacco, and there is an increased incentive for illegal supply, sourced through burglaries and robberies.

Robberies, many of which are violent, have increased by 26.6% since 2014. Frustratingly, we don’t know the exact extent to which this is caused by tobacco tax hikes, because Police haven’t been asked to record the data.

It’s a huge concern then that, without relevant data, we have a four-year plan to hike the tax. To proceed blindly with this policy is to disregard the physical safety of law-abiding retailers and their staff.

The best the Government could do would be to hurry and legalise the sale of nicotine e-cigarettes, which are still technically illegal to sell, but are a much safer alternative to smoking, and a proven pathway to quit.

Dragging the chain on nicotine e-cigarettes suggests the Government is more interested in the money tobacco taxes bring in, than reducing the harms of the addiction.