Taxpayers’ Union lays complaint over ‘Unite for the recovery’ ads

The New Zealand Taxpayers’ Union has laid a formal complaint with the Auditor General regarding today’s full-page advertisements placed in a number of newspapers, including the NZ Herald and the Dominion Post, by the Government (pictured below). 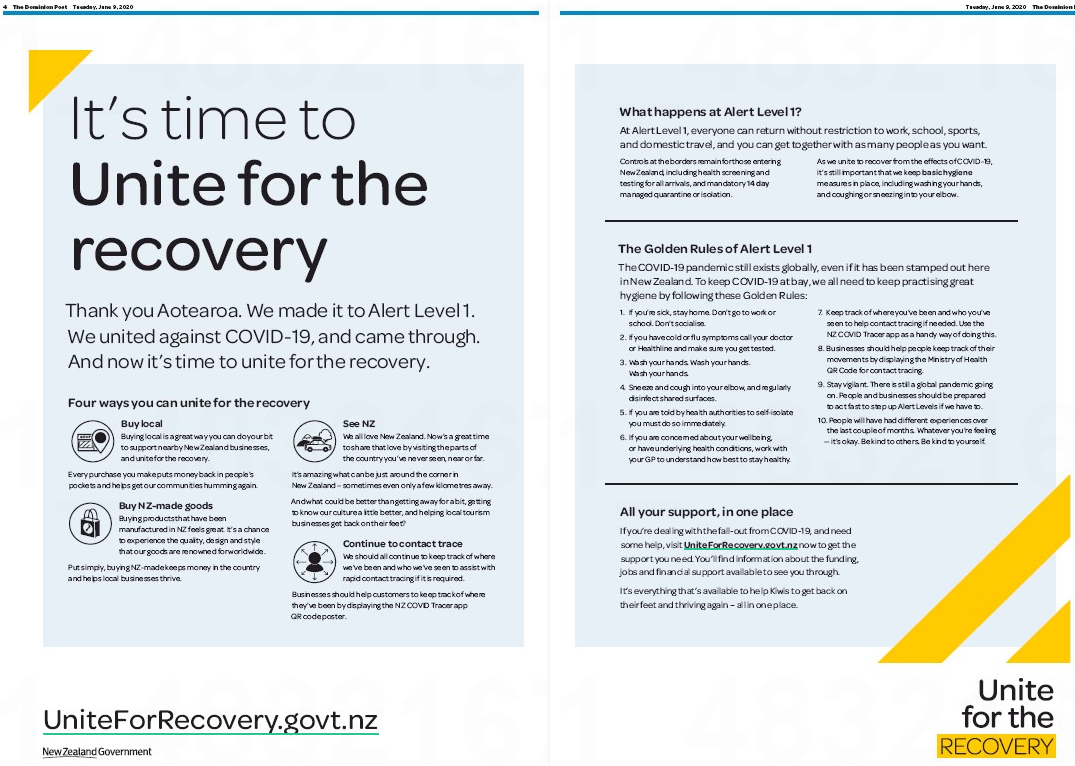 These advertisements are not primarily informative or educational, unlike earlier Government COVID-19 advertisements. Today’s ads have moved into the realm of thinly veiled political propaganda at the taxpayers’ expense.

'Unite for the recovery’ is widely expected to be the central theme of the Labour Party’s 2020 election campaign. Only 102 days from an election, the public service should be vigilant to political masters using taxpayer-funded resources to support political messages.

Full page newspaper adverts of a political nature, even in this depressed media environment, are expensive. With Government debt going through the roof, borrowed funds should be used on vital services, not propaganda.