Exclusive to members and supporters, we can reveal the results of the eighth Taxpayers’ Union Curia Poll. 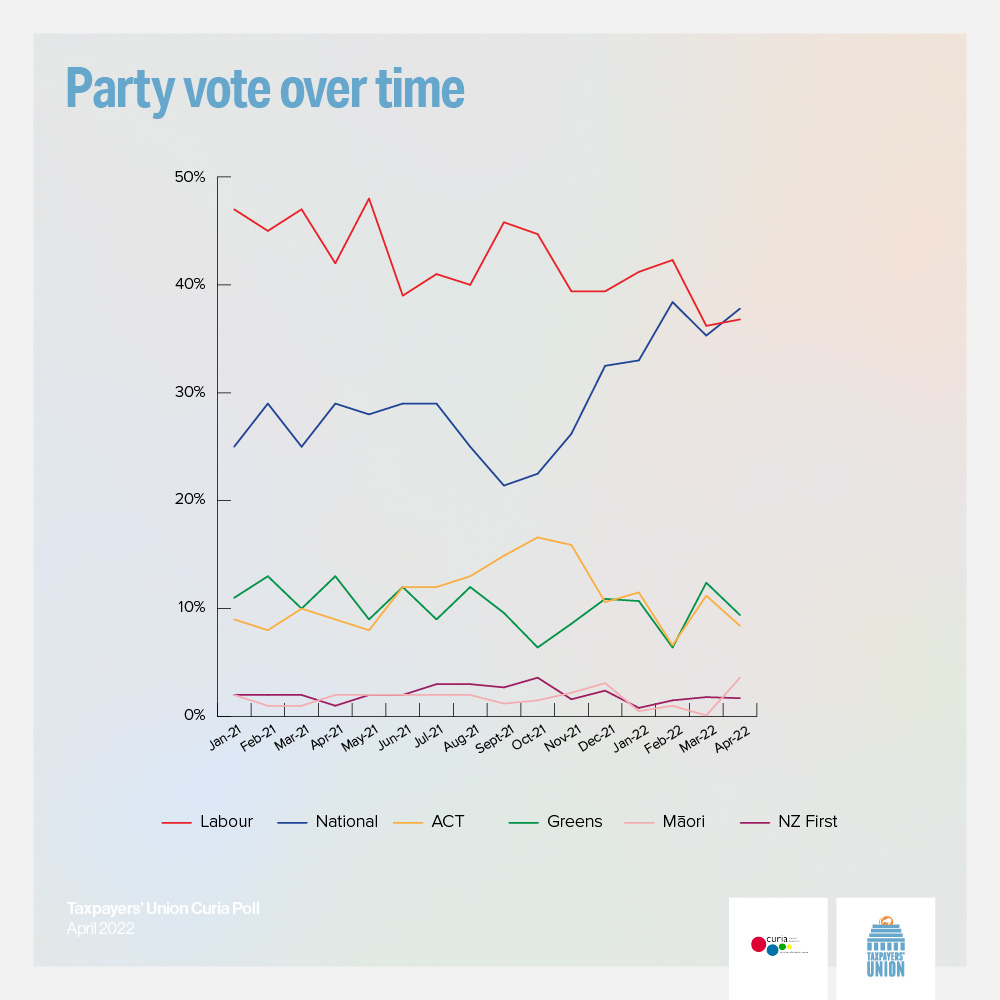 National takes the lead for the first time since the Taxpayers' Union Curia Polls began. However, much of National's gain appear to have come at ACT's expense. Labour holds steady with a slight bump, the Greens drop and the Māori Party rises. 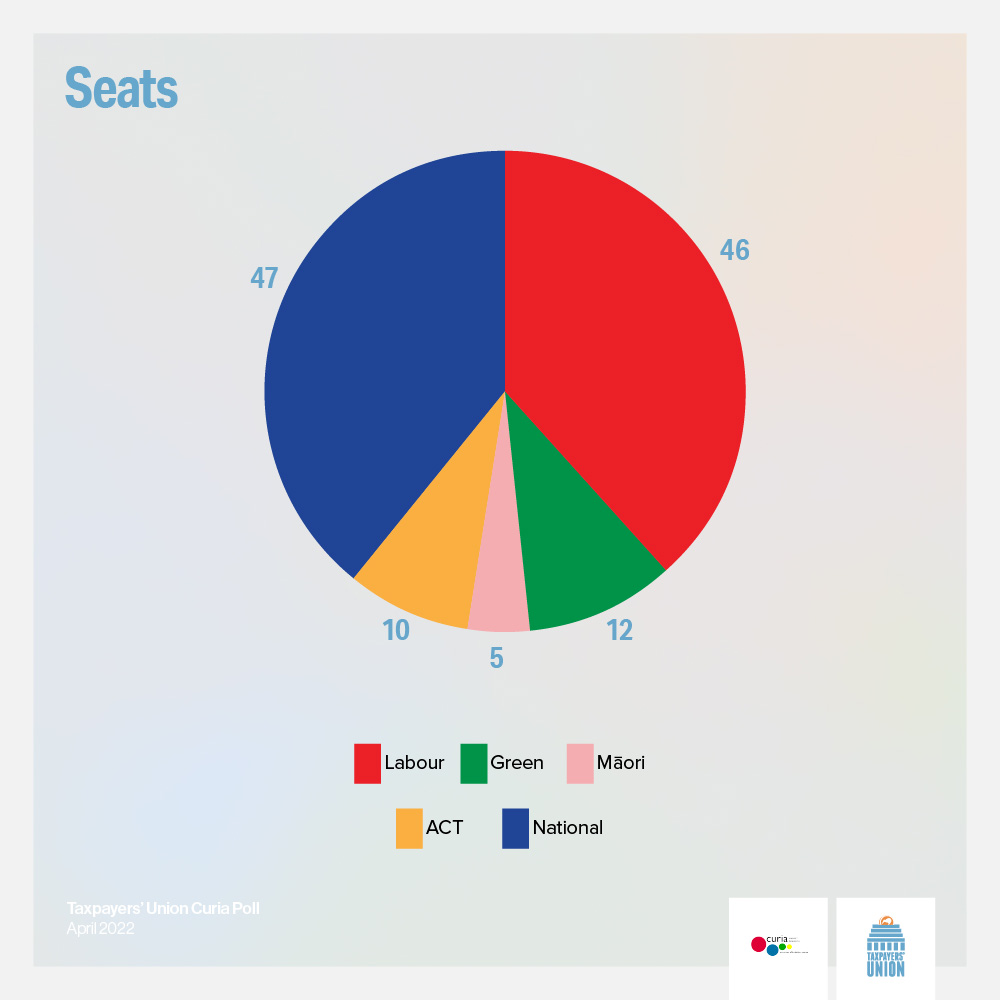 The shifts in party support result in National gaining three seats, ACT losing four, the Māori Party gaining four, the Greens losing four, and no change for the Labour Party. This means the gap between the Centre-Right and the Centre-Left blocs has shrunk from nine seats in January to just one seat in April. Both blocs would not receive enough seats to govern, thus, the Māori Party would be the 'kingmaker.' 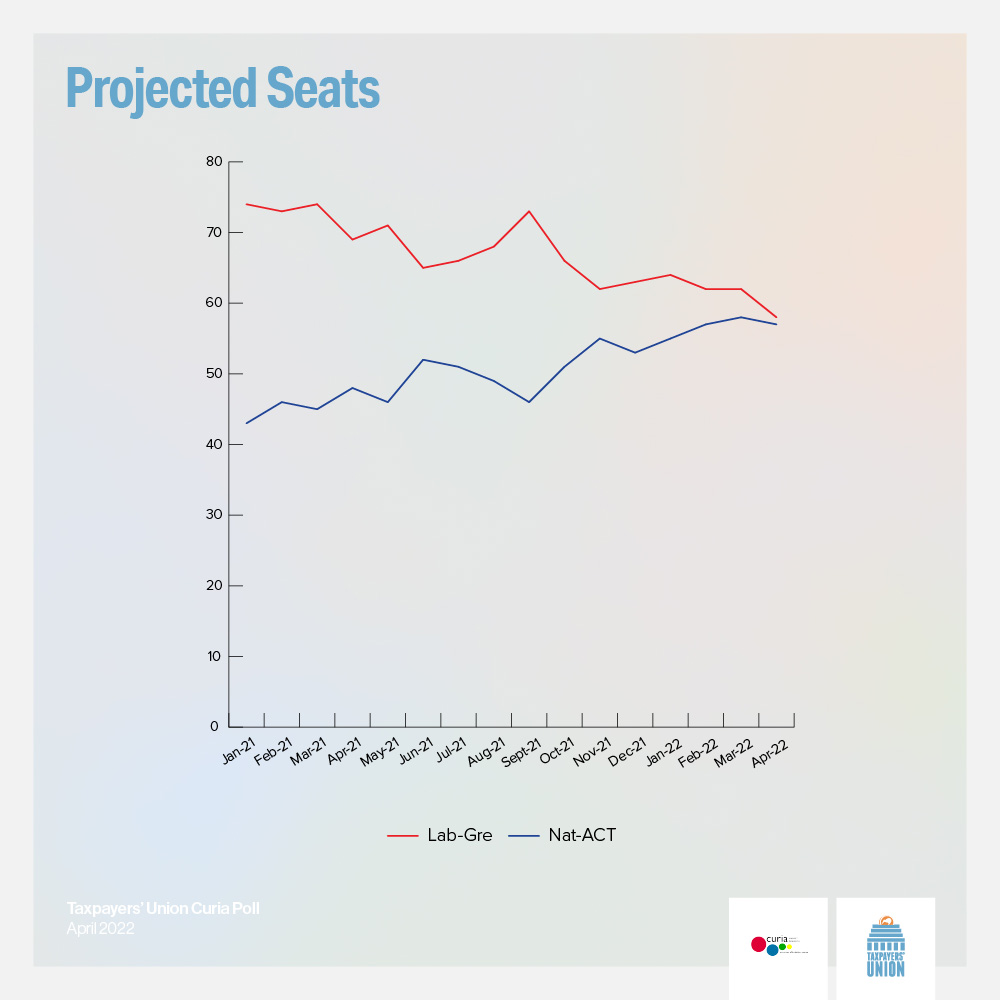 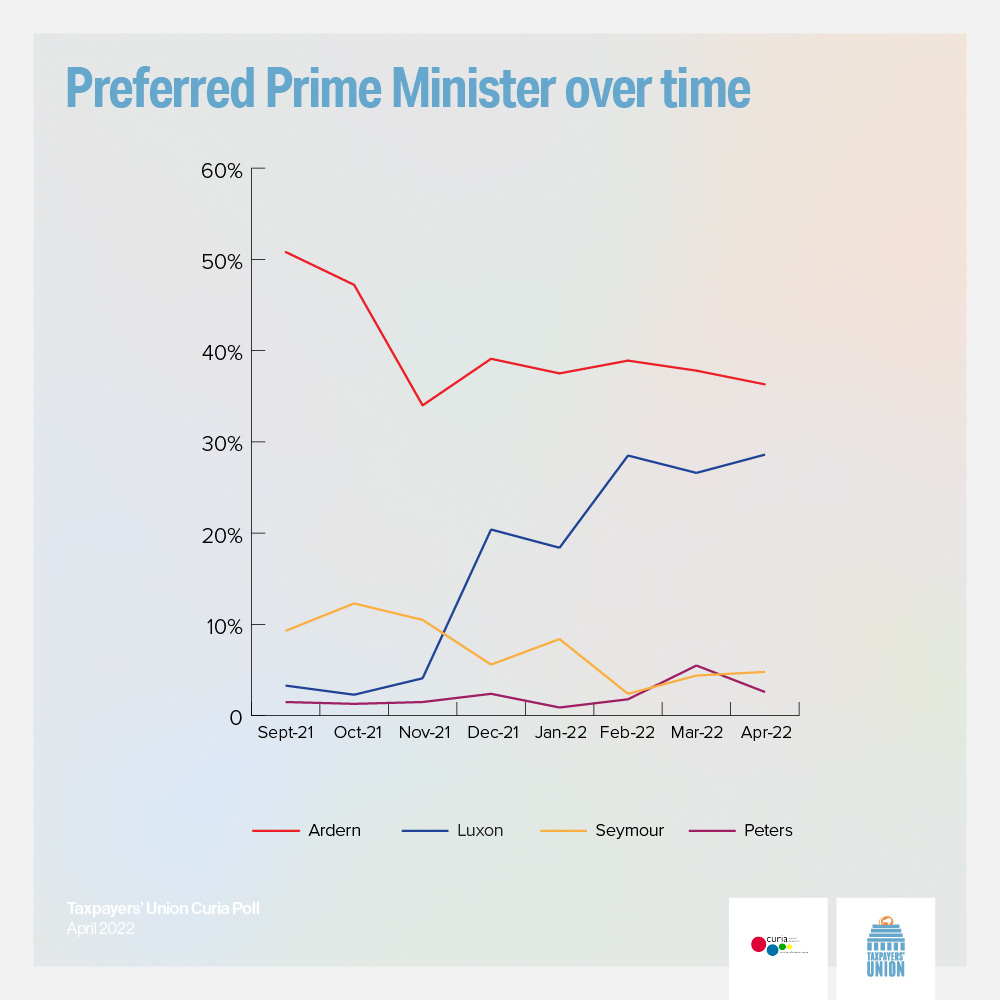 Luxon and Seymour are up. Ardern is slightly down, while support for Peters has dropped. 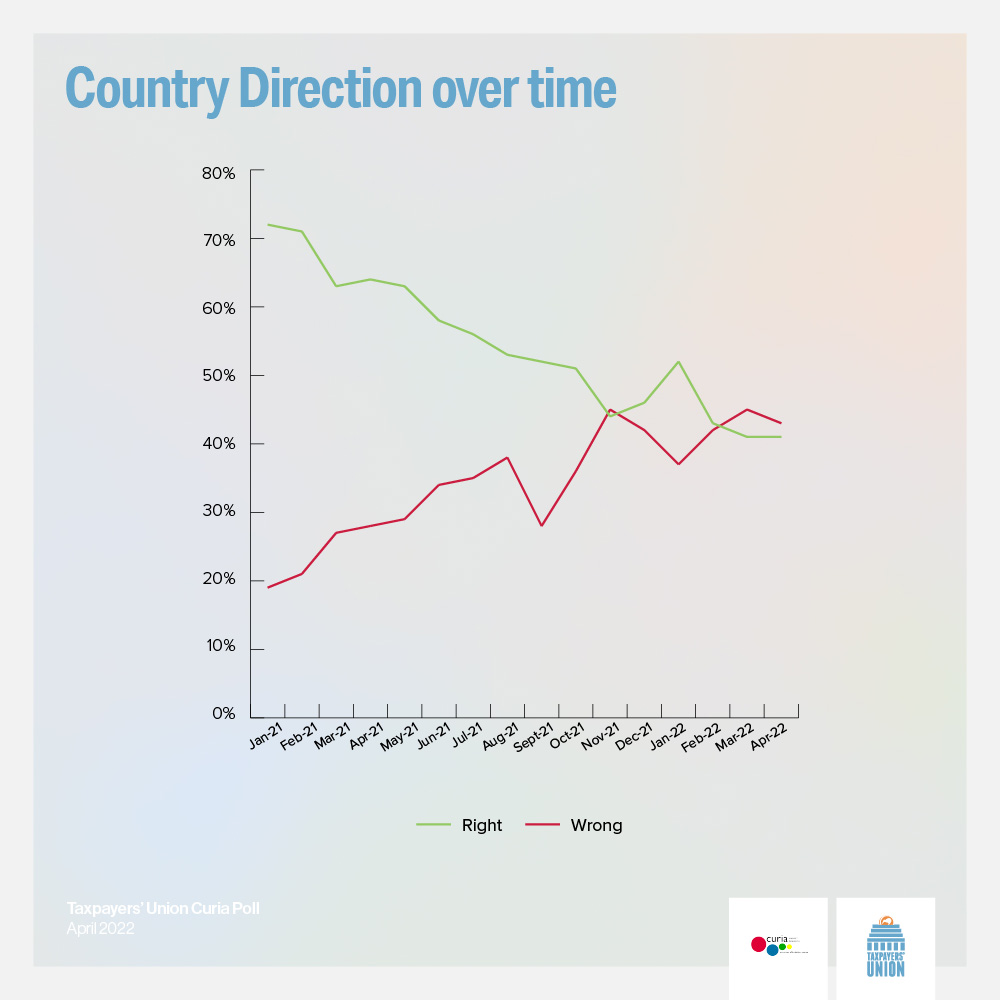 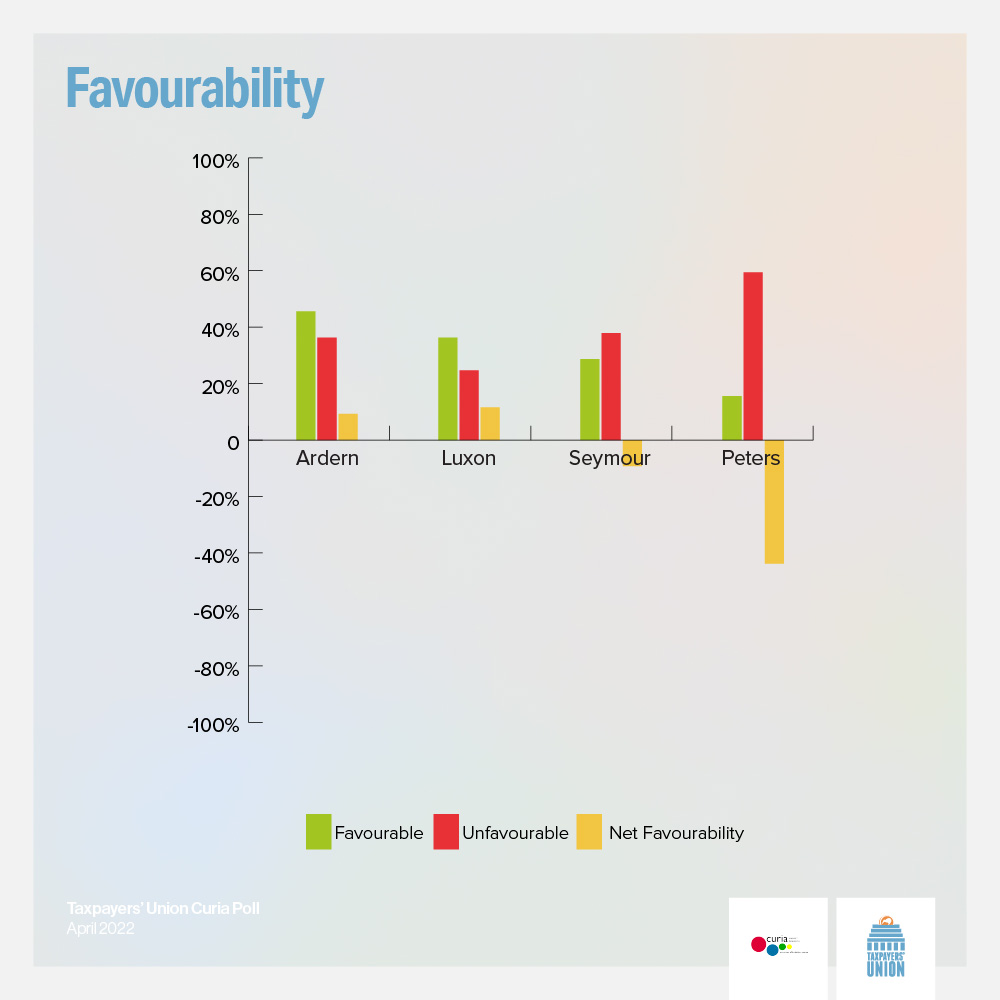 Luxon has a more positive net favourability (+12%) than Ardern (+9%), but fewer people have an opinion on Luxon either way. Ardern’s net favourability continues to drop. Ardern's net favorability has fallen from +33% (October 2021) to +9%(April 2022).

The Taxpayers’ Union Curia Poll was conducted from Wednesday 07 April to Wednesday 13 April 2022. The sample size was 1,000 eligible New Zealand voters who are contactable on a landline or mobile phone selected at random from 20,000 nationwide phone numbers. The results are weighted to reflect the overall voting adult population in terms of gender, age, and area. Based on this sample of 1,000 respondents, the maximum sampling error (for a result of 50%) is +/- 3.1%, at the 95% confidence level. This poll should be formally referred to as the “Taxpayers’ Union Curia Poll”.