Taxpayer Update: Your money given to the Mongrel Mob | Even more tax on ute owners | Debt Monster is coming

Louis took a much-deserved break this week, but the Government's attacks on taxpayers have continued. Thankfully the whole team is back on Monday!

Wondering where the Mongrel Mob gets its money? You! 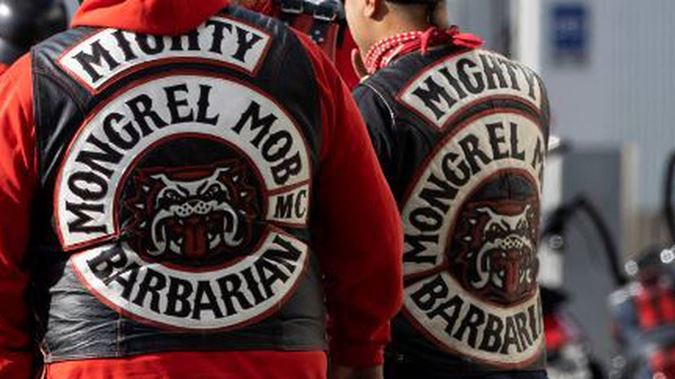 Chief Human Rights Commissioner Paul Hunt made an appalling decision to give a taxpayer-funded koha to the Mongrel Mob when he spoke at one of their events earlier this year. When details came out on Monday, we told the media:

“The only koha Paul Hunt should be paying in relation to the Mongrel Mob is to Victim Support and Women’s Refuge.”

“The Commissioner's initial display of poor judgment, when he legitimised the ‘conference’ of this criminal organisation, was bad enough. To actually gift the gang taxpayer money is disgraceful.”

It's taken until today for Mr Hunt to front media. He's now saying "protocol" required him to make the koha.

Here's our message to Mr Hunt: the 'protocol' is you make a koha from your own pocket, not taxpayers...

Our friendly mascot, Porky the Waste Hater, is standing by too. He might just make an appearance at Mr Hunt's next speaking event to demand a koha back for taxpayers...

The sheer scale and cost of Labour’s ‘clean car rebate’ Car Tax has been revealed with official advice to Ministers suggesting that some 100,000 car owners are likely to be affected next year alone.

In addition, the Government is projected to rake in hundreds of millions of dollars more from the Car Tax than it will pay back in rebates. There are simply not enough electric vehicles available – now and in the foreseeable future – to make this a revenue-neutral policy as Ministers have claimed.

Of course, the elephant in the room is that this policy does nothing for the environment because transport is already covered by our Emissions Trading Scheme. That means any emissions saved by the move to electric cars are simply made available for cheaper emissions elsewhere under the ETS 'cap and trade' framework. As we've said all along: what is really promoting this is the boost to the Government coffers. 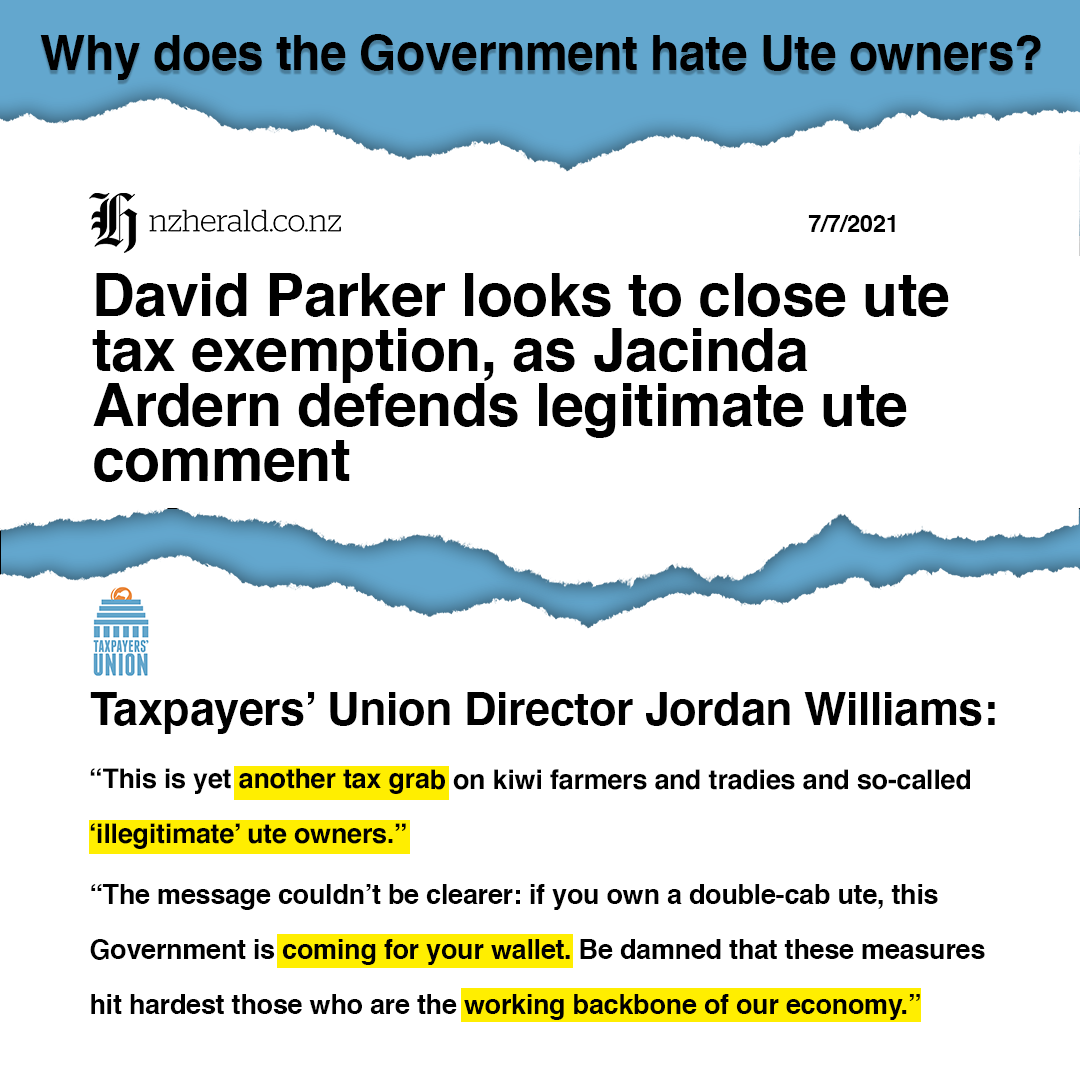 Documents released under the Official Information Act show Revenue Minister David Parker is talking to IRD officials about cracking down on how utes are taxed due to what they say is a “proliferation” of double-cab utes.

This is yet another tax grab on kiwi farmers and tradies.

The reason the FBT is so complex is that it’s hard to distinguish between professional and personal use when it comes to work on the farm – something the 9 to 5 governmental bureaucracy doesn’t seem to understand. Even IRD acknowledges that chasing down those who are abusing the exemption is futile because of the little funding it would bring in.

The message couldn’t be clearer: if you own a double-cab ute, this Government is coming for your wallet. Be damned that these measures hit hardest those who are the working backbone of our economy.

If you've not already {{recipient.first_name_or_friend}}, stand up for the humble Kiwi ute, and add your name to the petition at www.UteTax.co.nz 👈

Speaking of the Ute Tax - our bumper stickers for 'legitimate ute owners' are flying out the door. 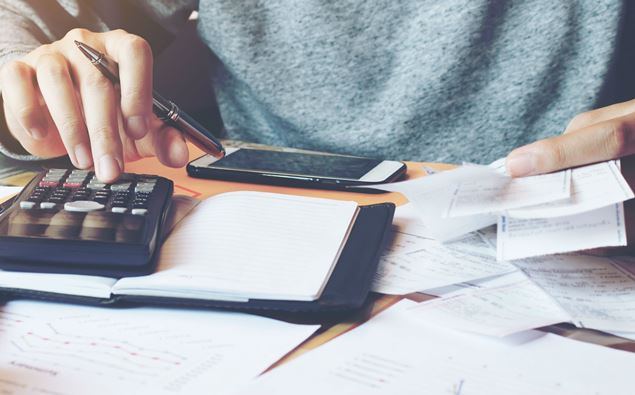 The IRD had a red face this week when a public-spirited accountant in Nelson blew the whistle on a flaw in an IRD online calculator that has lead people with overseas shares to pay too much tax. The calculator was pulled offline on Monday – just 48 hours before personal income tax returns were due. The calculator relates to tax calculations for Kiwis having invested in foreign shares to work out their taxable profits under IR Fair Dividend Rate (FIF) tax regime.

The one thing IRD is supposed to know about is tax. If the system is so complex that IRD's boffins and IT people can't get it right, what hope is there for Joe-taxpayer?

To add salt to the wound, it's just come out that IRD had in fact been told about the fault 15 months earlier!

Let's put the shoe on the other foot: if IRD had a faulty calculator that saw too little tax being paid, Wellington will have moved heaven and earth to fix it.

Your humble Taxpayers' Union has been lobbying the IRD to confirm that any taxpayers with late or amended returns caused by the error will not face overdue fees or interest. Thankfully, IRD saw sense and agreed to this (but please get in touch if they try to do otherwise).

Science funding should focus on performance, not ancestry 🔬 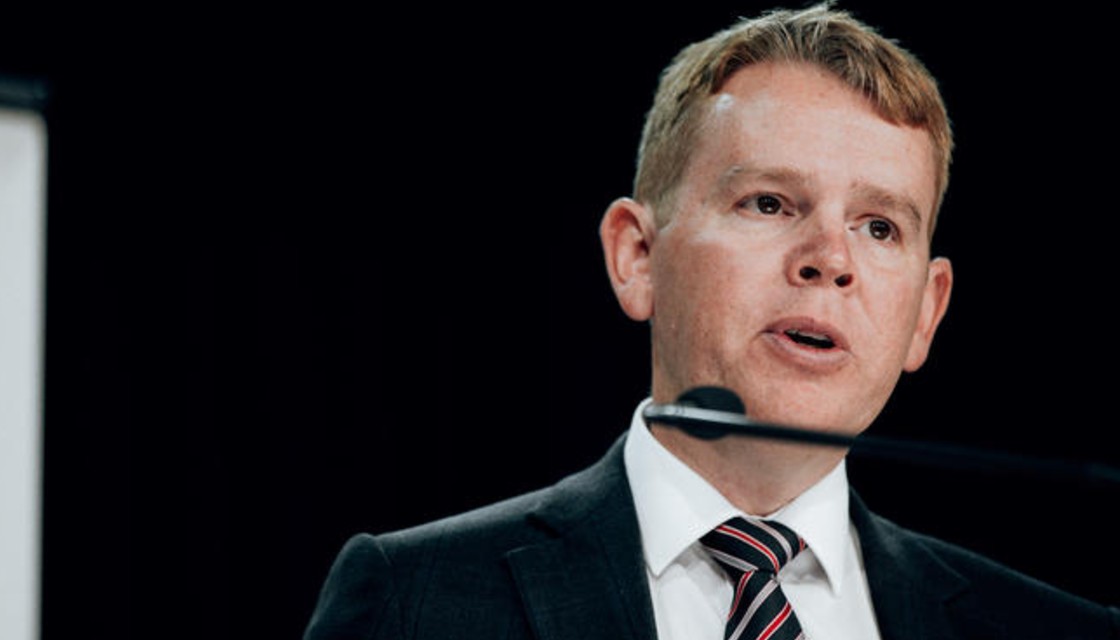 New Zealand's focus on improving the research quality (and therefore international rankings) of our universities is under threat after the Government quietly changed the rules so that the $315-million-a-year Performance-Based Research Fund (PBRF) will now pay Māori researchers 2.5 times the rate of non-Māori, while Pasifika academics will be paid two times the non-Pasifika rate.

Politicising science research on racial grounds is not the pathway to improving our international standings. The PBRF, in the Government’s own words, was established "to encourage and reward excellent research based on performance". It was never meant to be dependent on the ancestry of academics. 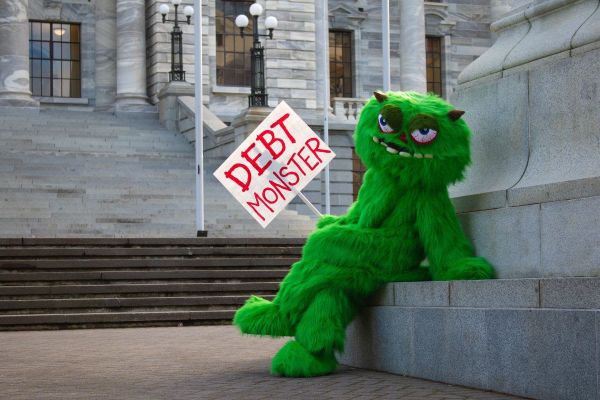 This week the Government’s main economic adviser, Treasury, published a draft report warning the Government that its debt is on an “unsustainable trajectory” thanks to an ageing population driving up superannuation and health costs.

Treasury is right to blow the whistle on the impact of Government debt on New Zealanders’ living standards, but it's not just the long term challenges that are a concern. Right now New Zealand has close to full employment but the Government is running a Budget deficit of nearly 5% of GDP. That means that debt has already clocked up more than $66,000 for every Kiwi household. 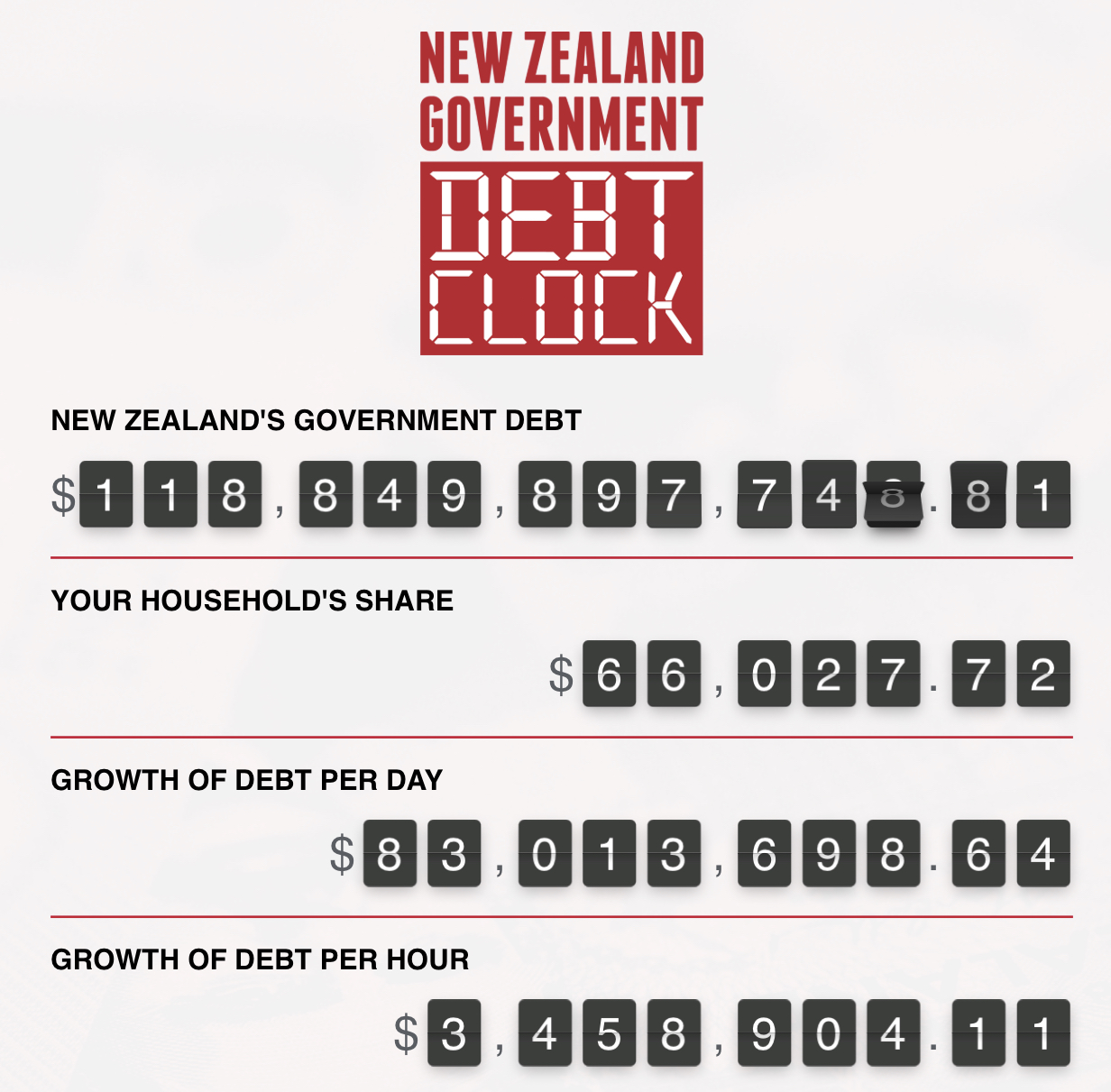 The Government is mortgaging our kids' futures when it is not needed. Poor quality spending like the ridiculous Auckland harbour bike bridge isn't free or without consequence.

Track the Debt Monster in real-time at www.DebtClock.nz – how much does your household owe thanks to the Government? 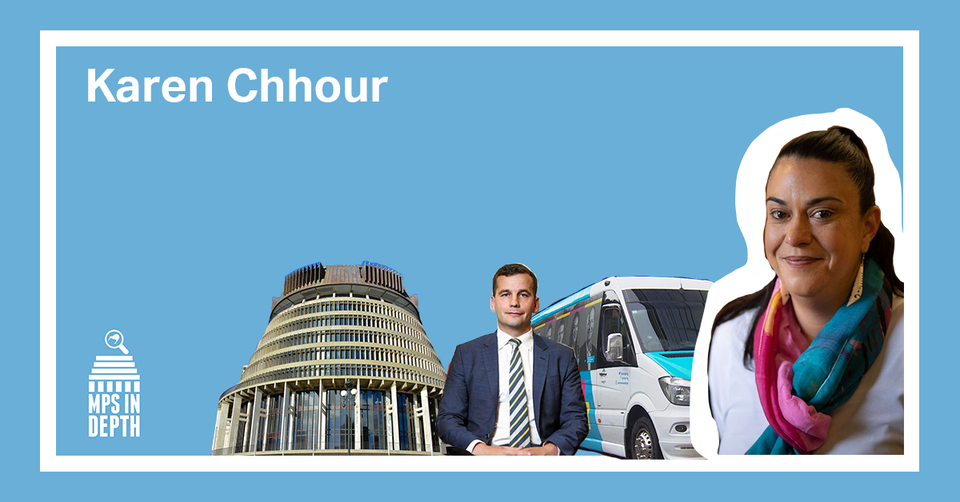 This week our Researcher Max sat down with newbie ACT Party MP Karen Chhour to discuss the switch to working in Parliament, why the Government isn't walking its talk in regards to child poverty reduction, and the role of ACT in opposition.

Click here to listen to the episode online or subscribe to Taxpayer Talk via Apple Podcasts, Spotify, Google Podcasts, iHeart Radio and wherever good podcasts are sold.

Whanganui Chronicle  Are They Paid Enough? What our councillors earn and why some say it should be more

Homepaddock  Really is a tax grab