Why didn't these MPs boast they were socialists before the election? 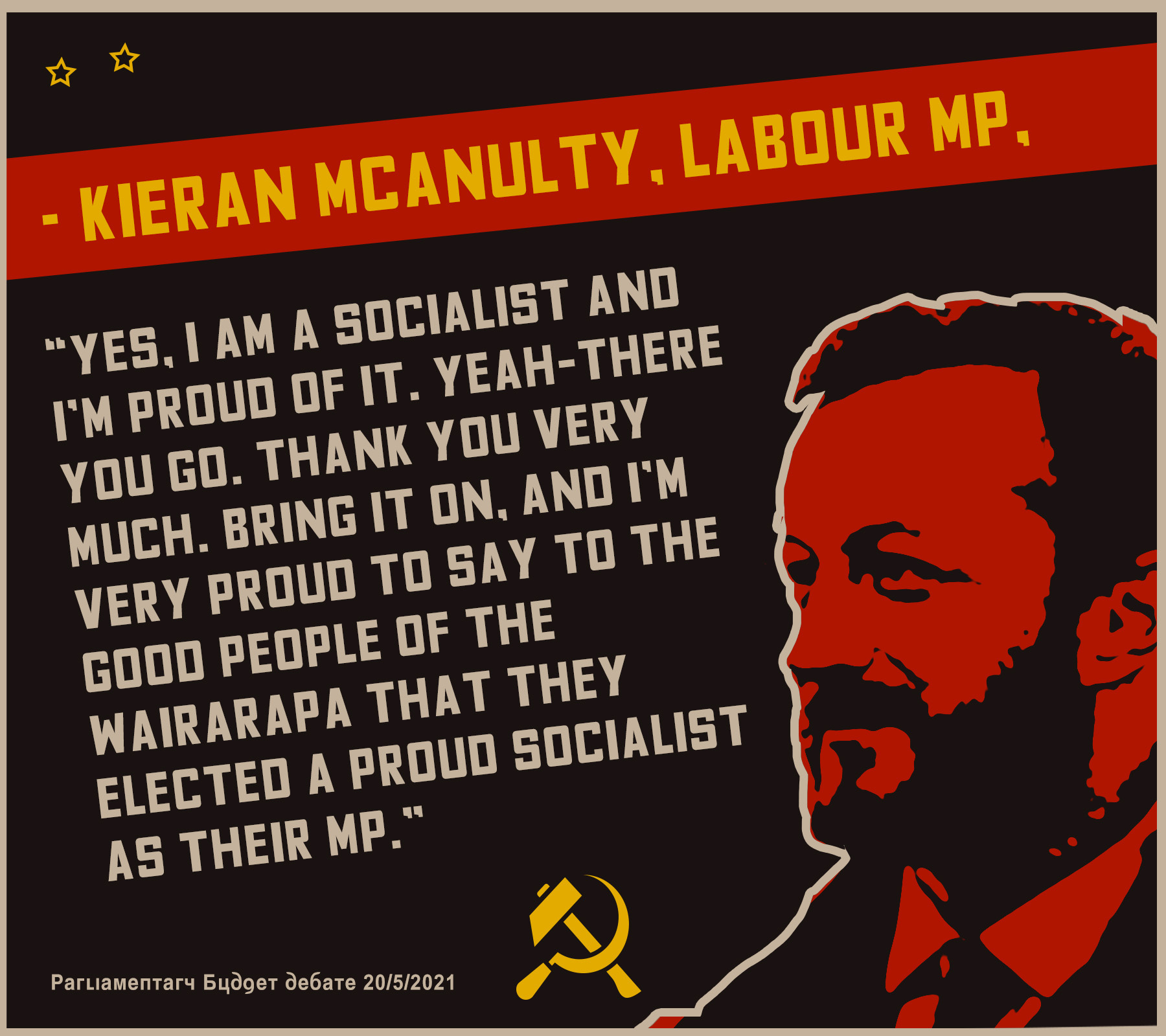 The following quotes are taken direct from Parliament’s “Hansard” transcript:

Kieran McAnulty: “Yes, I am a socialist and I'm proud of it. Yeah—there you go. [Applause] Thank you very much. Bring it on, and I'm very proud to say to the good people of the Wairarapa that they elected a proud socialist as their MP.”

Angie Warren-Clark: “Oh, what a pleasure it is to speak after my colleague, my comrade, Kieran McAnulty.”

Duncan Webb: “Well, there's so many of us great socialists on this side of the House.”

If these MPs are such proud socialists, why didn't they tell New Zealanders during the election campaign?

Could it be that they knew taxpayers would object to a political system that holds contempt for individual rights of property and liberty?

It’s easy to write these things off as a joke, but socialism is the leading man-made cause of death and misery across the world. The Prime Minister should ask these MPs to publicly retract their outbursts. At the very least, they should meet with New Zealanders who escaped socialist regimes in China, Venezuela, Cambodia, and the Soviet Union.

Until then, they deserve our mirth. We've pulled together clips from Parliament TV that capture the ideological fever surrounding Red Robbo’s benefit-boosting budget: 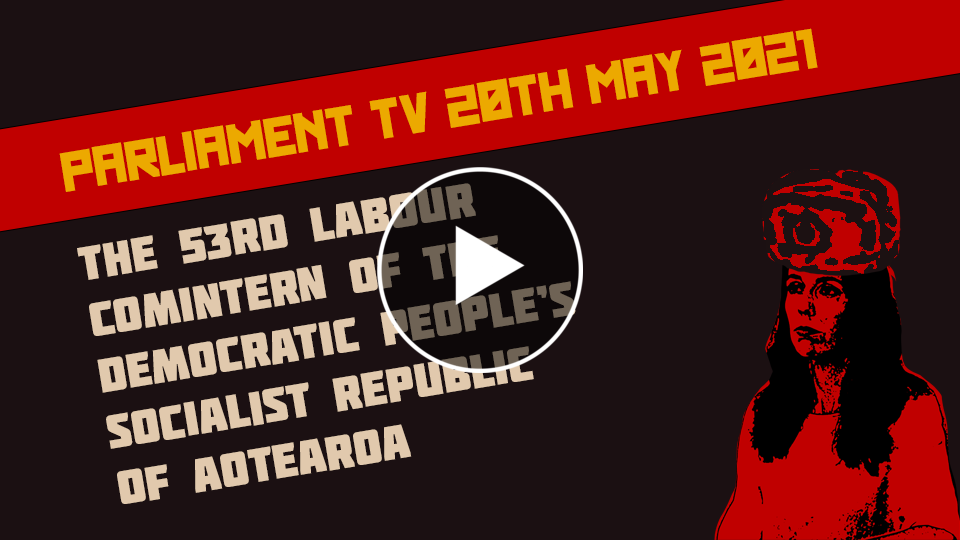 How Grant Robertson's Budget pulls New Zealand to the Left 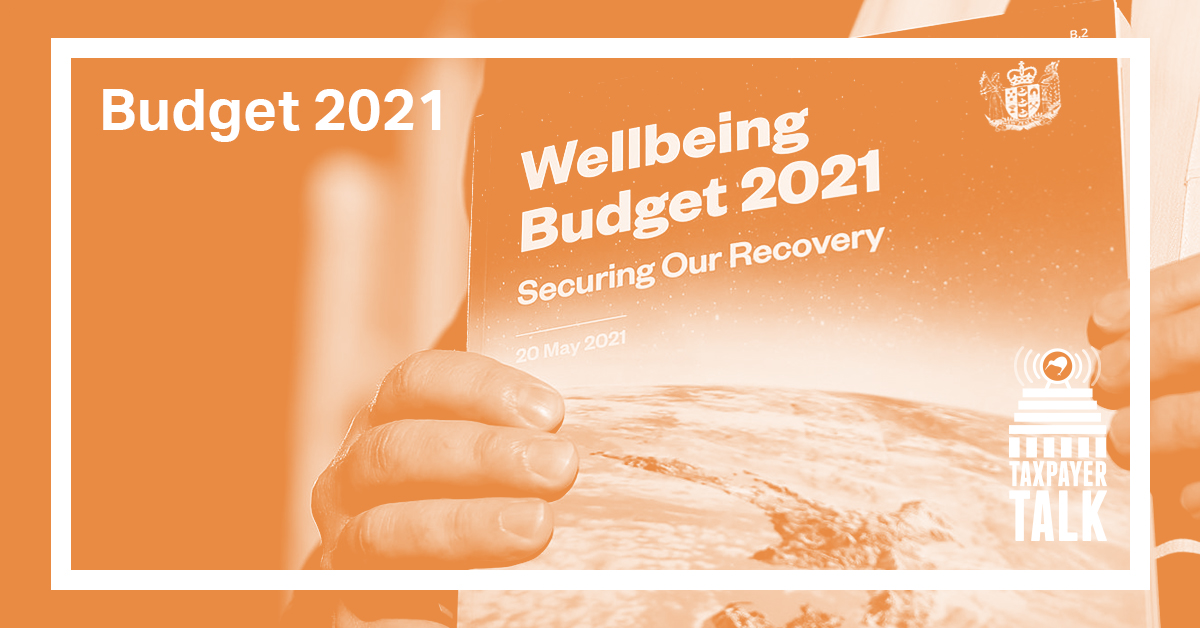 A Government Budget can either grow the economic pie, or divide it.

Grant Robertson's Budget unveiled last week was very much a dividing-the-pie budget. Instead of improving incentives for New Zealanders to be productive, he did the opposite, announcing bigger rewards for anyone who goes on the benefit.

Our Executive Director Jordan Williams and consulting economist Joe Ascroft both attended the Budget lock up. I sat down with them immediately afterwards for an in-depth discussion of the economics and politics of Budget 2021. Click here to listen.

I also joined The Panel on Radio New Zealand to explain why the Taxpayers' Union calls Budget 2021 a "major shift in the economic dial to the Left'. Click here to listen.

Budget 2021 divvies out $5 million for public servants and iwi to explain to New Zealanders what Matariki is:

Next up, the Budget spends $44 million on getting bureaucrats to teach businesses how to use computers:

Finally, $5.5 million is being given to Beehive offices to help them deal with the findings of a review of "harmful behaviour" in the workplace.

The headline says it all.

The Government's proposed unemployment insurance scheme (which will pay people who lose their jobs 80 percent of their salaries) will be funded by all workers via a levy – similar to ACC. 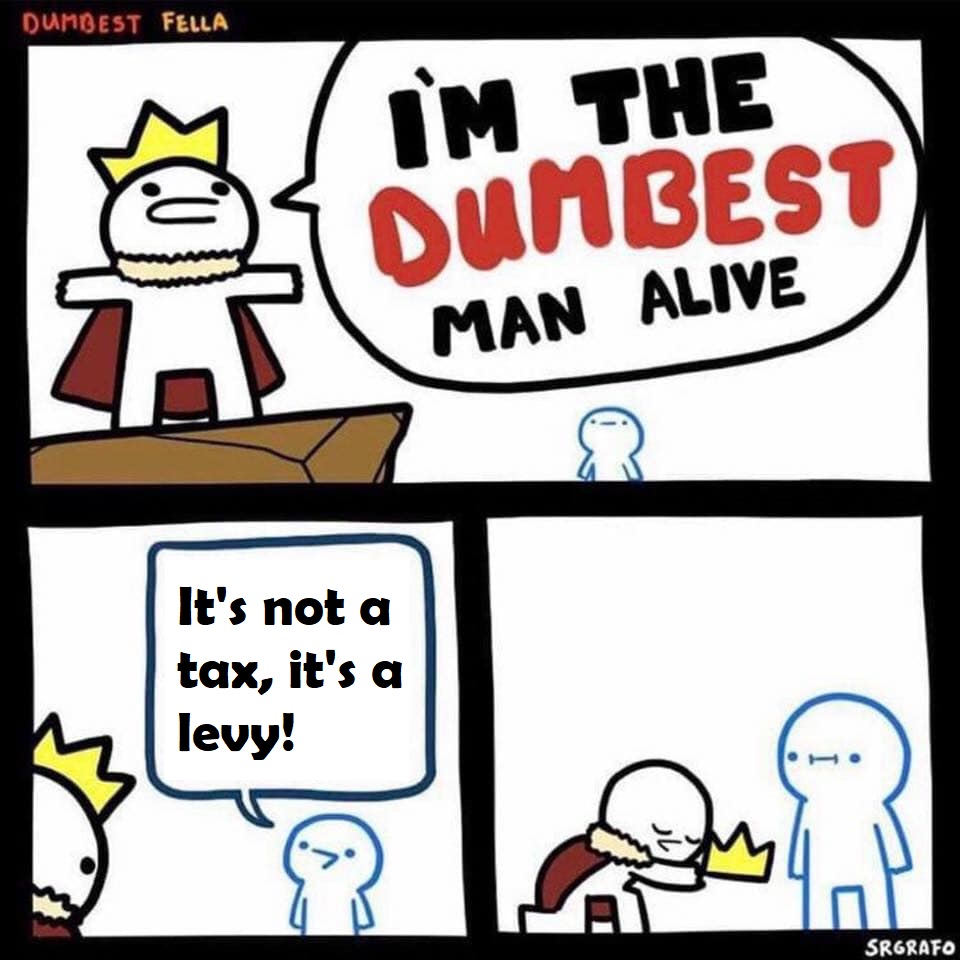 Grant Robertson is claiming it isn't a tax because he doesn't want to look like he's breaking his pre-election "no new taxes" promise. But we all know he's already broken this promise with his new taxes on landlords. He can stop playing games now.

An inside view of Nanaia Mahuta's office 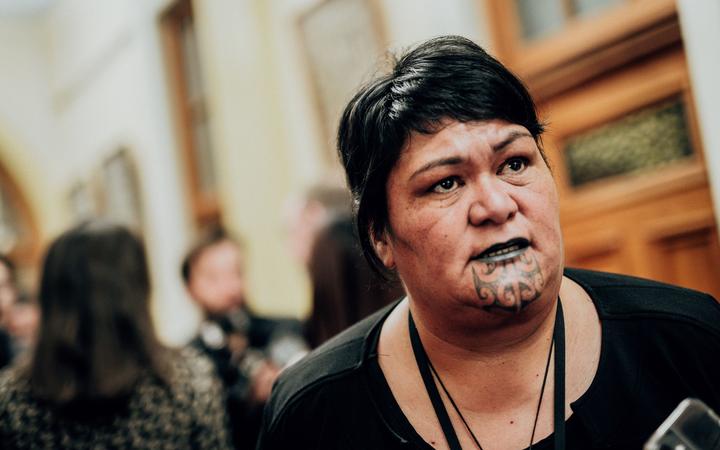 We received a fascinating tip-off earlier this year from a very reliable source that Foreign Affairs Minister Nanaia Mahuta had requested officials change the way they format their briefing papers. Specifically, she asked officials to use fewer words and more pictures in her Ministerial briefings!

As is our practice, we used an Official Information Act request to confirm it was really true.

First, they extended the four week deadline to six "due to the necessity for consultation". Then, they provided only a partial response: one of the three relevant pieces of correspondence was withheld on the basis of "confidentiality of advice" and "to protect the free and frank expression of opinions by departments".

So we weren't able to verify the tip-off – but the fact they won’t answer the question says it all.

The Ministry did inform us of this change the Minister requested to the way her letters are written: 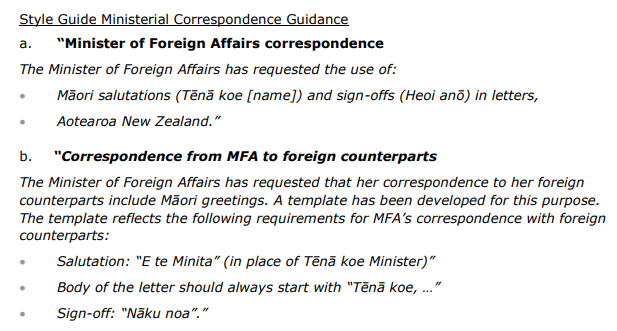 Focusing on the things that matter!

Maybe we should do a fundraiser for a picture book atlas to present to the Minister.

Parents who are on the benefit are required to meet certain obligations to keep getting their payments, including having their children in school or early education, and enrolled with a doctor.

The obligations were put in place in 2013, but it turns out the Ministry of Social Development can’t be bothered enforcing them. In fact, they never have! To date, no parents have had benefits docked for failing to meet these basic obligations.

The Ministry's excuse: enforcing the rules would involve "a burdensome administrative process".

We say that's not good enough. Sure, there should be some room for flexibility, but to ignore legal obligations carte blanche makes them meaningless. The rules were put in place by an elected Government. It's the job of the Ministry to put in place systems that allow those rules to be enforced efficiently.

We'll be watching to see whether the Minister (Carmel Sepuloni) gets her officials to crack down, or scraps these sensible rules.

Christchurch City Council last year spent $95,000 on a review of Council spending. It turns out the review found millions in Council waste – but the Council refuses to release the report publicly!

This is yet another appalling display of secrecy from Christchurch City Council. Our fight back in 2018 to get the Council to release the cost of a $1.3 million touch screen led us all the way to the steps of the High Court before the information was grudgingly released. The saga led to a damning judgment from the Ombudsman. Now, it appears the Council’s new Chief Executive is continuing the City Council’s culture of secrecy.

The Council argues that releasing the report would raise privacy concerns. Fine then: release it in redacted form, with identifying details of individuals blanked out. The Council might fear the political consequences of releasing a critical report, but that’s not a legitimate reason to withhold public information.

We've updated the Official New Zealand Debt Clock at www.DebtClock.nz with the latest figures from Budget 2021. Turn on the news and you’d think everything is fine, but the numbers don’t lie. 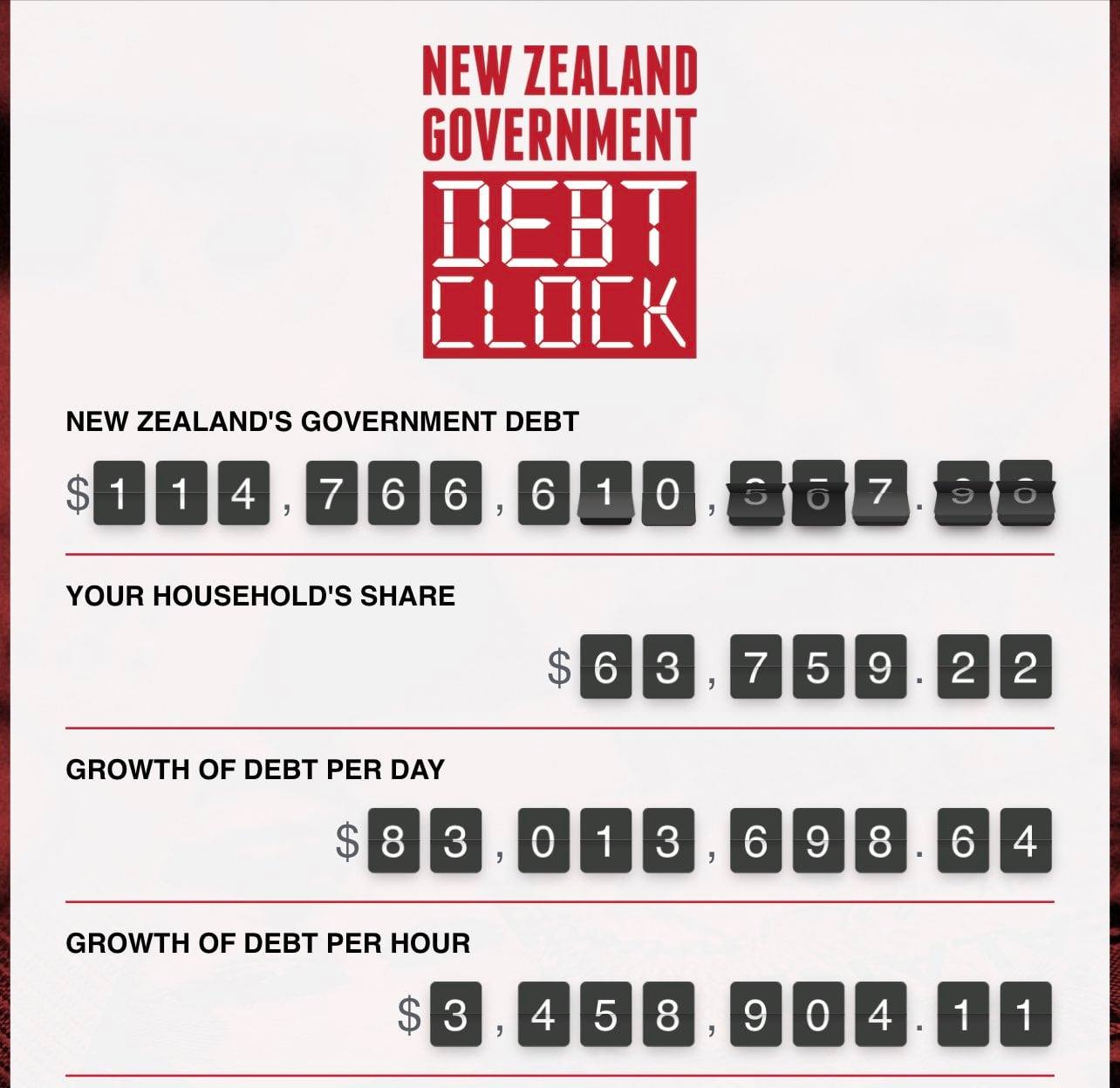 Grant Robertson's borrowing now totals almost $64,000 for every Kiwi household. All of this will have to be paid off, with interest, by taxpayers in the decades to come. And if interest rates return to the long run average, God help us.

Enjoy the rest of your week,

ps. Unlike most pressure groups in Wellington, we are 100% funded by our members and supporters. But we can’t save the world if we can’t keep the lights on. Click here so we can continue to hold the politicians' feet to the fire and fight for taxpayers.

RNZ  The Panel with Duane Major and Amy Adams

NZ Herald  Look to the future, don’t dwell on rewriting the past

RNZ  Masterton councillors to vote on Maori wards for 2022