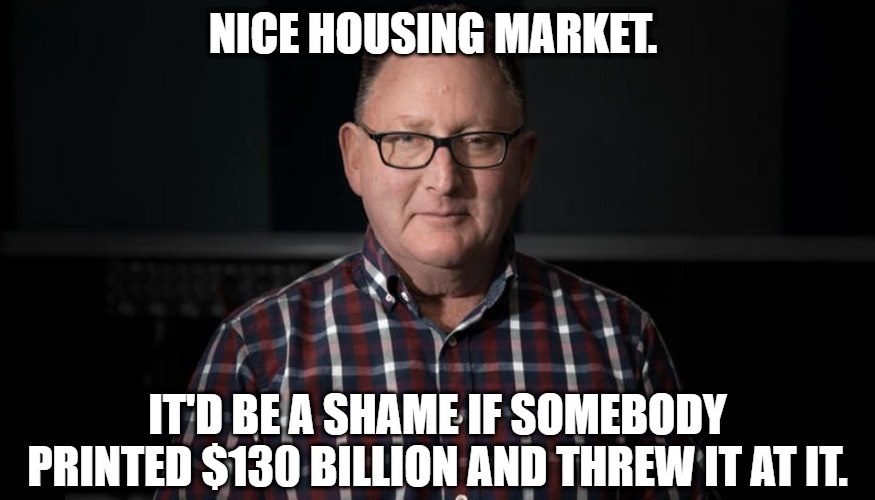 In fact, Adrian Orr’s loose monetary policy may do more harm than good as New Zealanders pump all this extra cash into an already-unaffordable housing market.

It is becoming increasingly clear that it’s fiscal policy – especially the wage subsidy – that has propped up New Zealand's economy in the wake of COVID-19. But the wage subsidy has now run its course and we need new options.

The Green Party and special interest groups are clamoring for higher benefits, but that was sensibly ruled out by the Prime Minister on Monday. Other groups are calling for 'helicopter money'. We say, instead, look to tax relief as a way of bolstering real incomes and encouraging productivity.

New Zealanders would actually have to spend their money on goods and services (not houses!) to reap the benefits of a GST cut. 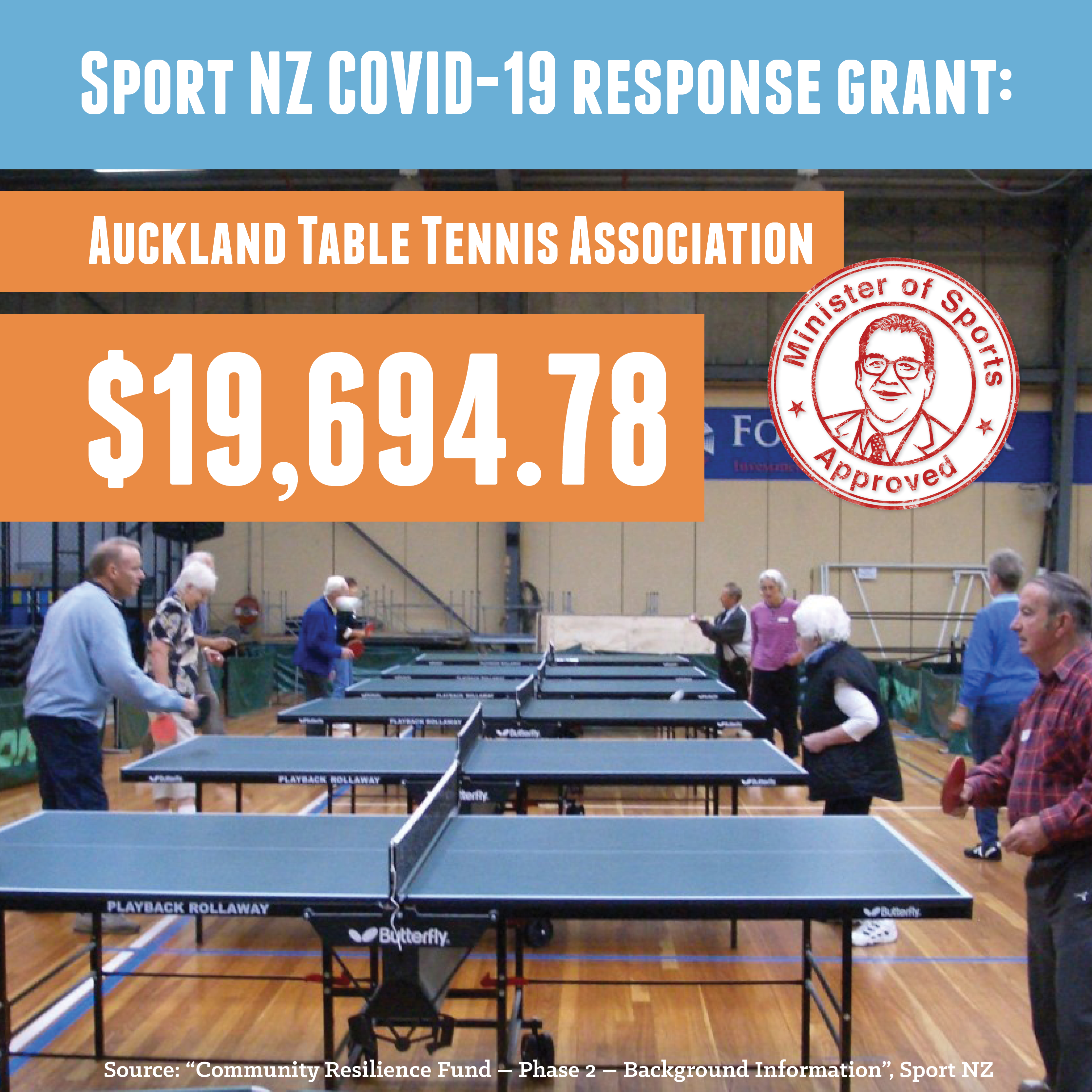 Grant Robertson is doling out $15 million to over 2,000 sporting organisations as part of his "Community Resilience Fund".

The funding was recently increased "due to the demand for the fund in the initial three weeks". Well, of course. There will always be demand for "free" money!

To the extent that these organisations contribute to the economy, they'll have been eligible for the wage subsidy. Why is the sports sector getting extra special treatment?

Spending at our DHBs needs far more scrutiny – especially when it comes to conflicts of interest and "jobs for the boys".

As RNZ reports, we're raising the alarm about such a case at Wellington's Capital & Coast DHB, as it selects a new Director of Pacific Health.

The DHB’s selection panel includes Tino Pereira, who chairs the Central Pacific Collective – a group that last year received a $1.35m contract from the previous Director of Pacific Health.

In other words, this man will have a say on hiring the person who will be responsible for evaluating his service delivery and potentially renewing his million-dollar contract.

Our full letter to the DHB outlining the concerns can be read here.

The day before the US election, our Government's statistics agency produced this graphic for social media: 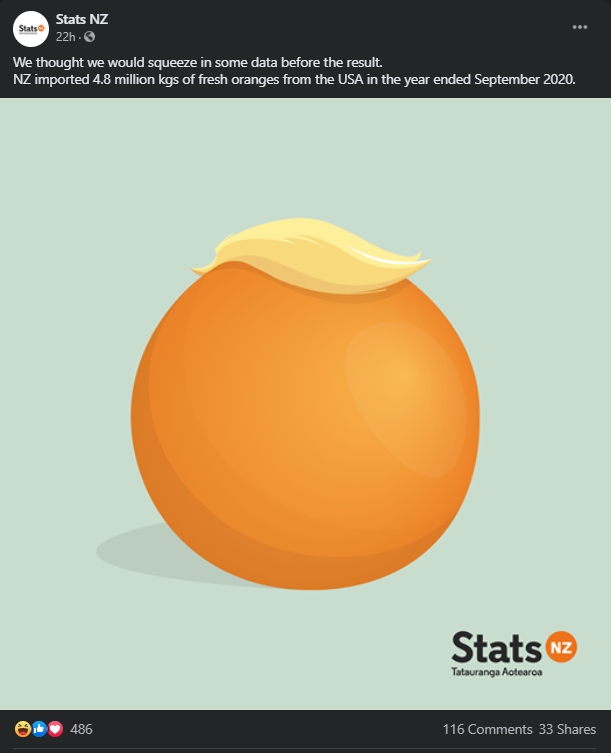 The post reads: "We thought we would squeeze in some data before the result. NZ imported 4.8 million kgs of fresh oranges from the USA in the year ended September 2020."

The image is clearly meant to be a p*sstake of Donald Trump.

As Newshub reports, we challenged Stats NZ for using the election of a close diplomatic ally as social media fodder:

If a government department wants to use humour on social media that’s fine, but they should steer clear of the culture wars and pandering to what they think is politically fashionable.

Stats NZ defended the post in the Newshub piece, but has since deleted it. Perhaps the Ministry of Foreign Affairs had a stern word with them!

A letter from Snoopy 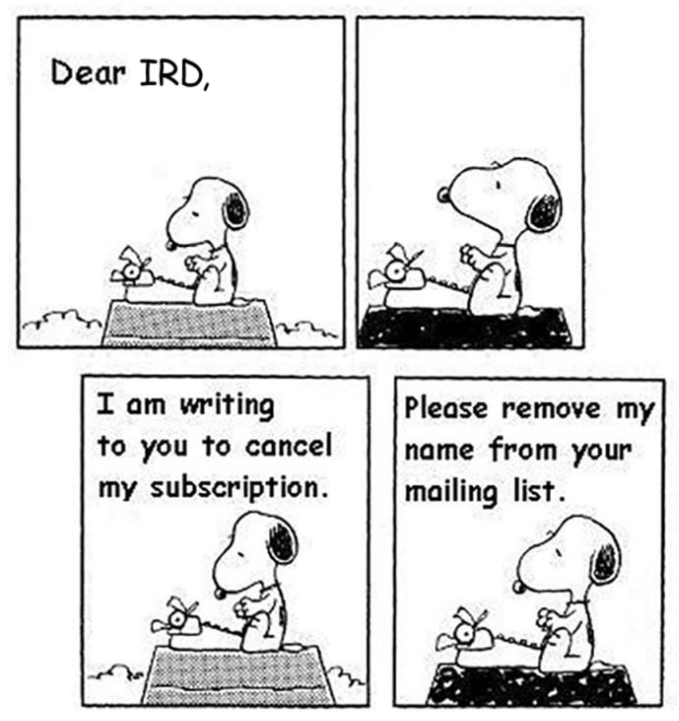 PS. The election may be over, but the Debt Monster still stalks our politicians. This week he welcomed newly-sworn-in Ministers to Parliament as the official Government debt clock ticked over one hundred thousand million dollars.

Point of Order  What a good sport Robertson can be – if the demand for free handouts of money is too big, he will find some more

Magic Talk  OPINION: Green MPs will be kicked out of government by Green Party members