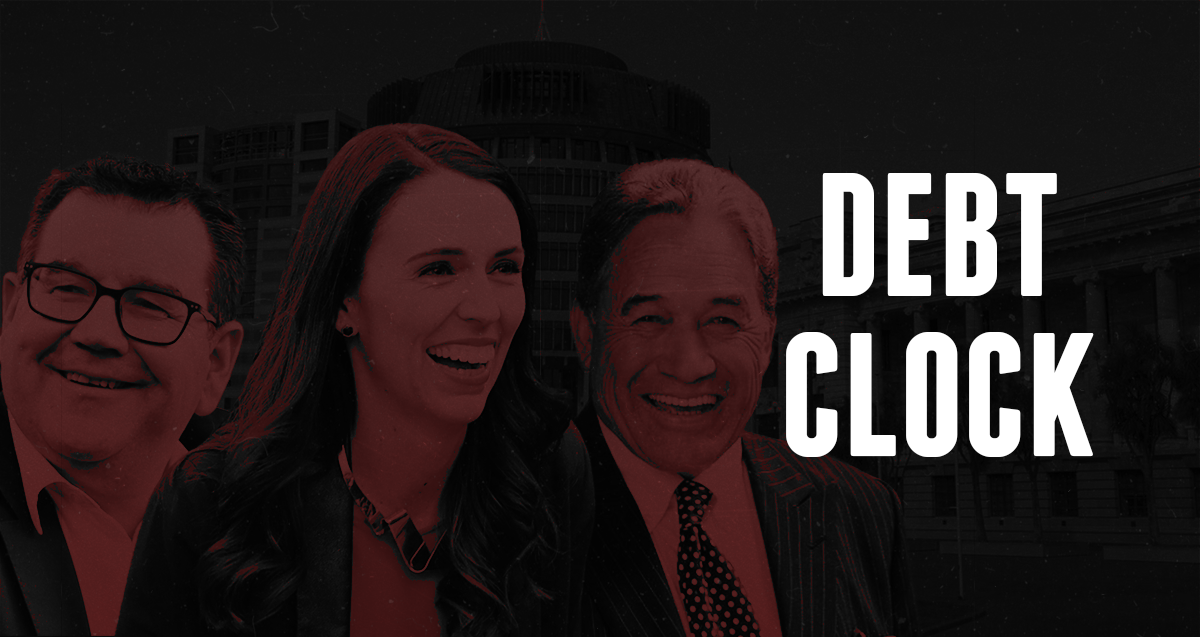 Following the Budget’s eye-wateringly high debt forecast, the team have been thinking about how to best illustrate what it looks like to borrow $200.8 billion by 2024 (or $109,700 added to the mortgage of every New Zealand household).

A couple of the staff put together a website at www.DebtClock.nz which makes it clear just how quickly the Government is racking up debt.

As you watch the debt tick up in real time, remember that you and your children will be forced to pay for it – plus interest.

After COVID-19, paying down debt will become one of our country’s' most important challenges. Here at the Taxpayers' Union we’ll be challenging the politicians to come up with smarter ways to cut government waste so the debt clock stops ticking without the need for painful new taxes.

Light rail "on hold" – so why hike fuel tax? 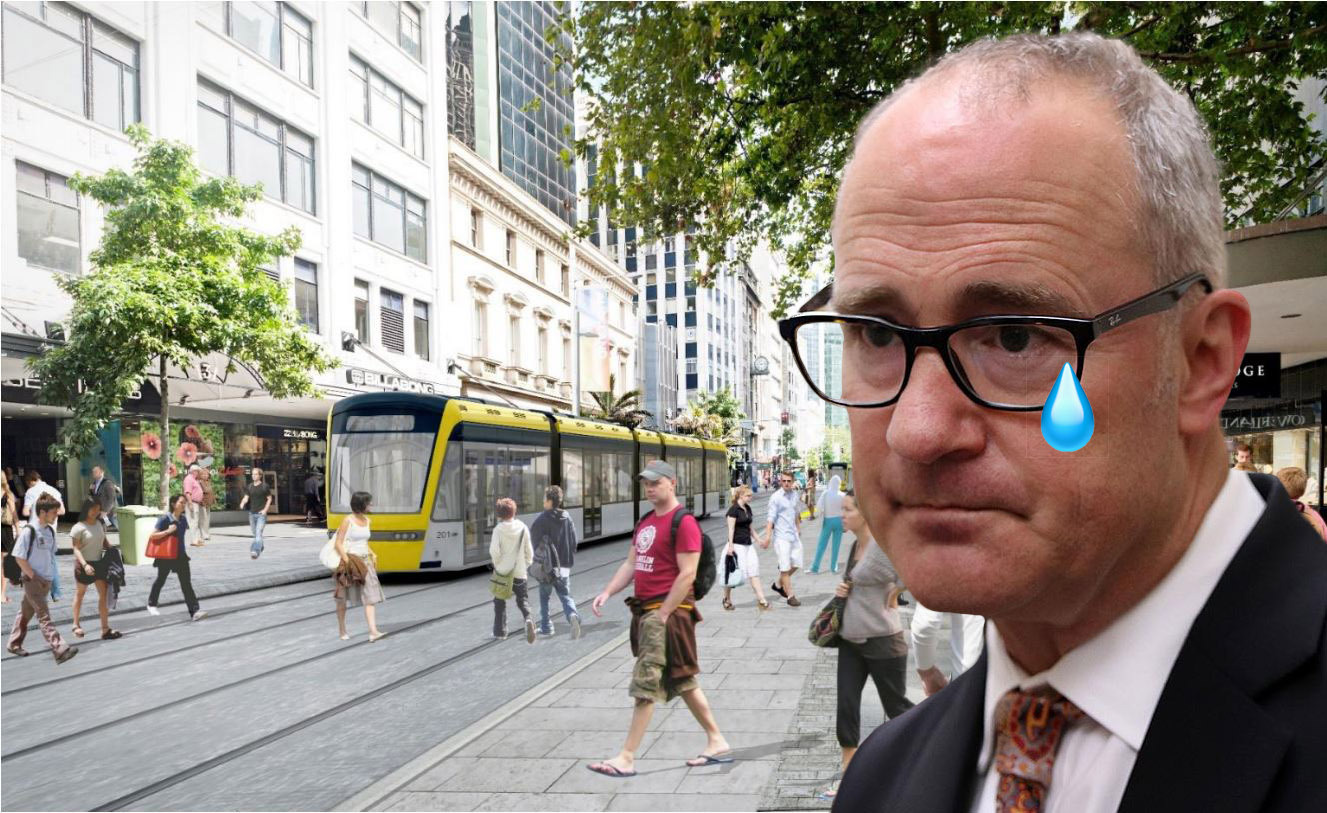 Funding this project was a key excuse for annual fuel tax hikes. Now that light rail is on hold, we say July's 4c/L tax hike should be shelved too. This would provide vital economic relief for low-income families and the struggling regional tourism sector.

Since our public advocacy, the National Party has jumped on board with Simon Bridges also pointing to the light rail cancelation as justification for shelving the tax hike.

The question of fuel tax aside, Twyford's decision to defer light rail trams down Dominion Road is the right one. He's walking away from a growing financial headache, and that deserves praise. In fact, he should consider doing the same with the failed KiwiBuild initiative, or perhaps even the City Rail Link. He may find that the COVID-19 crisis gives him cover to make prudent decisions that would otherwise be politically embarrassing. 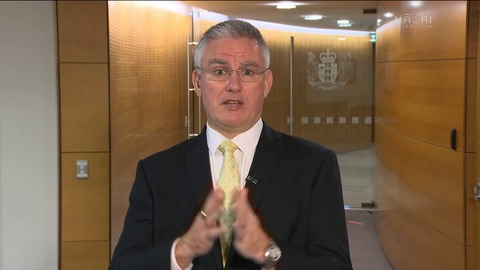 Among the slew of Budget announcements was the formation of yet another working group: a ‘New Zealand Futures Tourism Taskforce’ that will ‘lead the thinking on the future of tourism’. Working group members will presumably be paid by the taxpayer.

Kelvin Davis should already be taking advice from the tourism sector – it’s one of his key duties. Why does he need to set up a working group to spend months producing and consulting on reports?

There’s a risk that the group will be captured by special interests. The Minister has a responsibility to the general taxpayer, and mustn’t allow a select group of tourism operators and bureaucrats to dominate his thinking, especially when it comes to taxpayer-funded handouts.

Then there’s another new committee: the ‘Tourism Recovery Ministers Group’, featuring Davis, Grant Robertson, Nanaia Mahuta, Eugenie Sage, and Fletcher Tabuteau. This one is just baffling. Why does Kelvin Davis need three other Ministers and an Under-Secretary to help him to his job? Don’t his colleagues have enough on their plates?

KiwiRail handout is about politics, not COVID-19

Budget 2020’s $1.2 billion spend on KiwiRail has nothing to do with COVID-19 relief as advertised.

KiwiRail is a state-owned enterprise, and as such is expected to run a profit. However, it’s never paid out a single cent in dividends to the Government.

KiwiRail already got a billion dollars in Budget 2019. At the time, we said that was the equivalent of setting money on fire – that’s basically what Treasury analysis has said for decades. This latest package will cost another $656 per Kiwi household.

There are countless other potential projects with better cost-benefit ratios – and all the jobs ‘created’ by paying for new InterIslander ships will be in South Korean ship yards. The KiwiRail handout is really about satisfying the Greens’ train fetish and assisting NZ First’s quest to move Auckland’s port to Northland. Why not be transparent about it?

You paid someone to write this article (EXPLICIT) 🔞 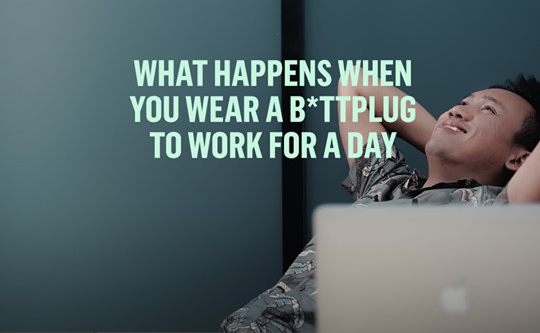 I'm not making this up: someone was paid with taxpayer money to write a diary of their day in the office wearing a...

If you dare, you can view the article here. But seriously, you might not want to. It is certainly not safe for work.

The NZ AIDS Foundation and its 'Ending HIV' website is taxpayer-funded, receiving $4.23 million a year from the Ministry of Health.

Last year a Ministry spokesman said: "The Ministry is committed to continuing its support for NZAF and its Ending HIV campaign."

To be fair to the Foundation, they are entrusted with some very important work around HIV testing. But we're not convinced the Foundation's 'journalism' is an essential use of borrowed money. Call us prudes!

PS. Our Taxpayer Talk podcast is going strong. Listen to our Budget Day analysis here. We also sat down with National MP Simon O'Connor as part of our "MPs in Depth" series.

KiwiBlog  Taxpayer Talk: Out of the Budget 2020 lock-up – Joe Ascroft and Neil Miller on the economics and politics of the biggest budget of our lifetime

NZ Herald  Budget 2020: What's been announced so far and what people want to see