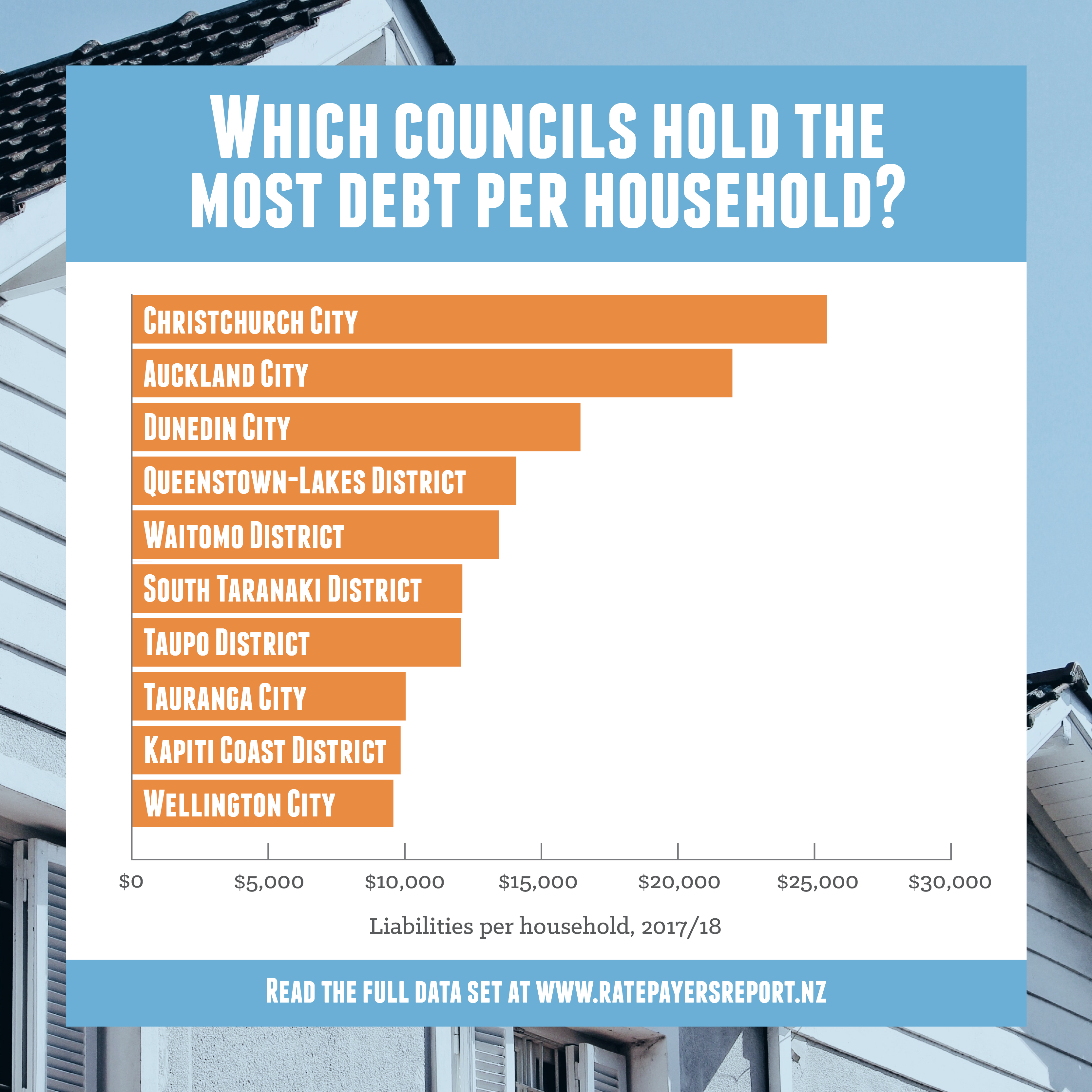 This year’s Ratepayers’ Report, local government league tables which are set to be released in full on Wednesday, reveals which local councils owe the most and which owe the least.

“Sometimes debt is taken for good reasons, such as to build up infrastructure or recover from a setback, but too often debt is used to fob off daily costs onto future ratepayers.”

This year, Christchurch ranked highest for liabilities per household, with each household owing the equivalent of $25,402 on behalf of the council. “This is perhaps unsurprising, with Christchurch City Council still rebuilding after its earthquakes,” says Mr Houlbrooke.

“What is more concerning is that Auckland, our most populated city, has $21,941 in liabilities per household. With Council debt so high, ratepayers should expect cutbacks in spending. However, we have instead seen day-to-day spending rise, as seen in bloated staff numbers and salaries. Auckland ratepayers need to be aware that their Council’s largesse means the equivalent of an invisible $22,000 bill in their letterbox. Dunedin ratepayers should have similar concerns.”

“Some Councils have financial books in far better shape. We congratulate Central Otago District Council for having the lowest liabilities per household out of the 67 councils we compared. Put into perspective, the average household in New Zealand bears $13,000 in Council debt, while households in territories like Central Otago, South Waikato, and Rangitikei bear Council debt well below $1,000.”

Detailed figures are as follows (including CCO liabilities):

Most liabilities per household:

The full liabilities data set is available for media upon request.