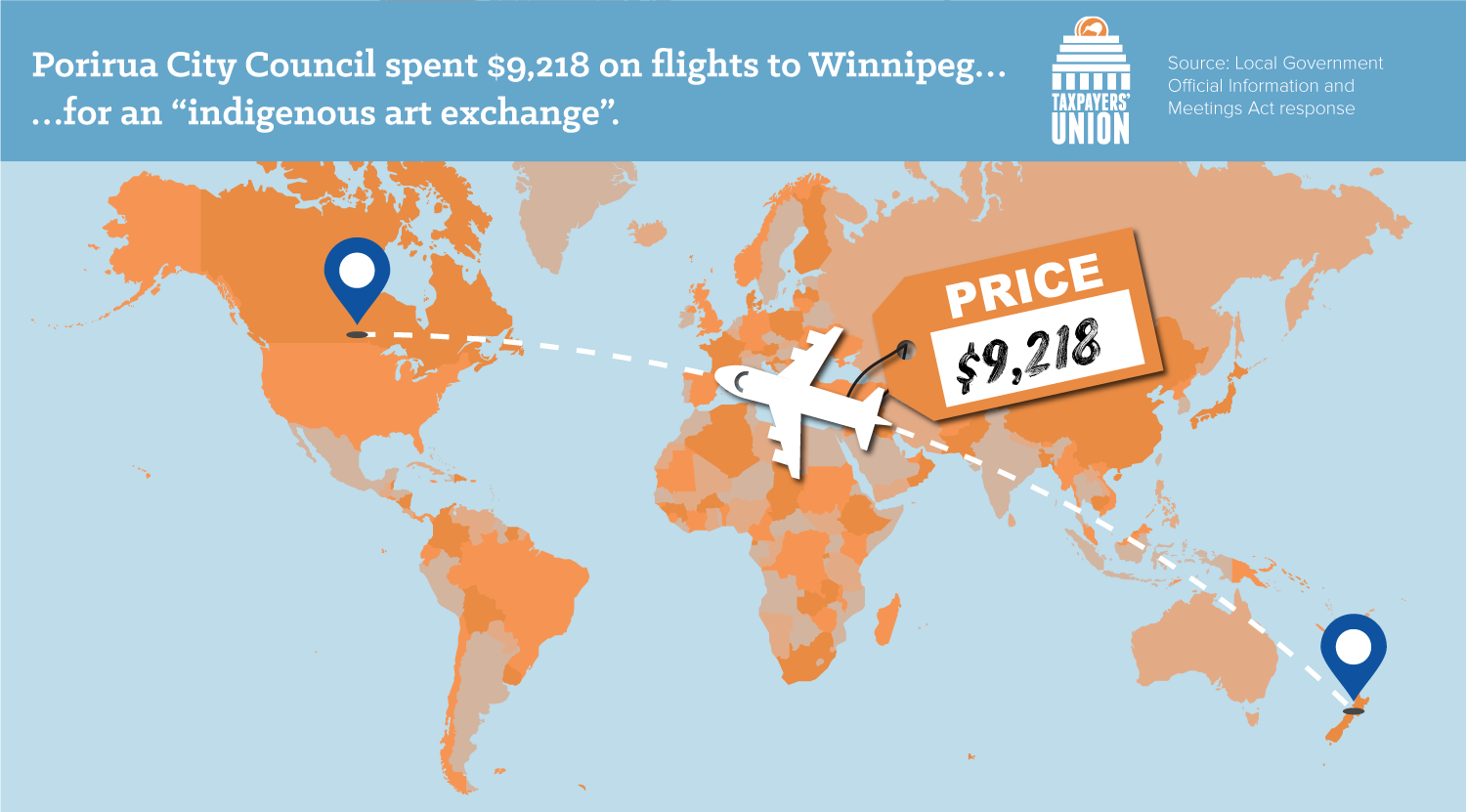 The New Zealand Taxpayers’ Union is questioning Porirua City Council’s decision to spend $9,218 on flights to Canada for an ‘indigenous art exchange’.

The spending details have been released as part of a Taxpayers’ Union investigation into 2017/18 travel expenses at councils across the country.

It’s ridiculous for Porirua City Council to spend money this way when its average residential rates are 28% above the national average. Many ratepayers will be appalled that their money isn’t being used to improve the council’s financial position or maintain basic services.

Instead, ratepayers forked out for artists and Council staff to enjoy a junket to Winnipeg, for an ‘indigenous art exchange’ involving ‘demonstrations of how digital media can be used to empower indigenous communities’. This all sounds fascinating, but it is entirely unclear how it delivered value for Porirua ratepayers. In fact, the only clear beneficiaries of the spending were the two artists who got a profile boost, and the two Pātaka museum staff who even received $70 per-day spending allowances for the 14 day trip.

We understand that the Council is currently being lobbied to declare a ‘climate emergency’. If it does this, it should show it’s serious by swearing off unnecessary, feel-good junkets and air travel.