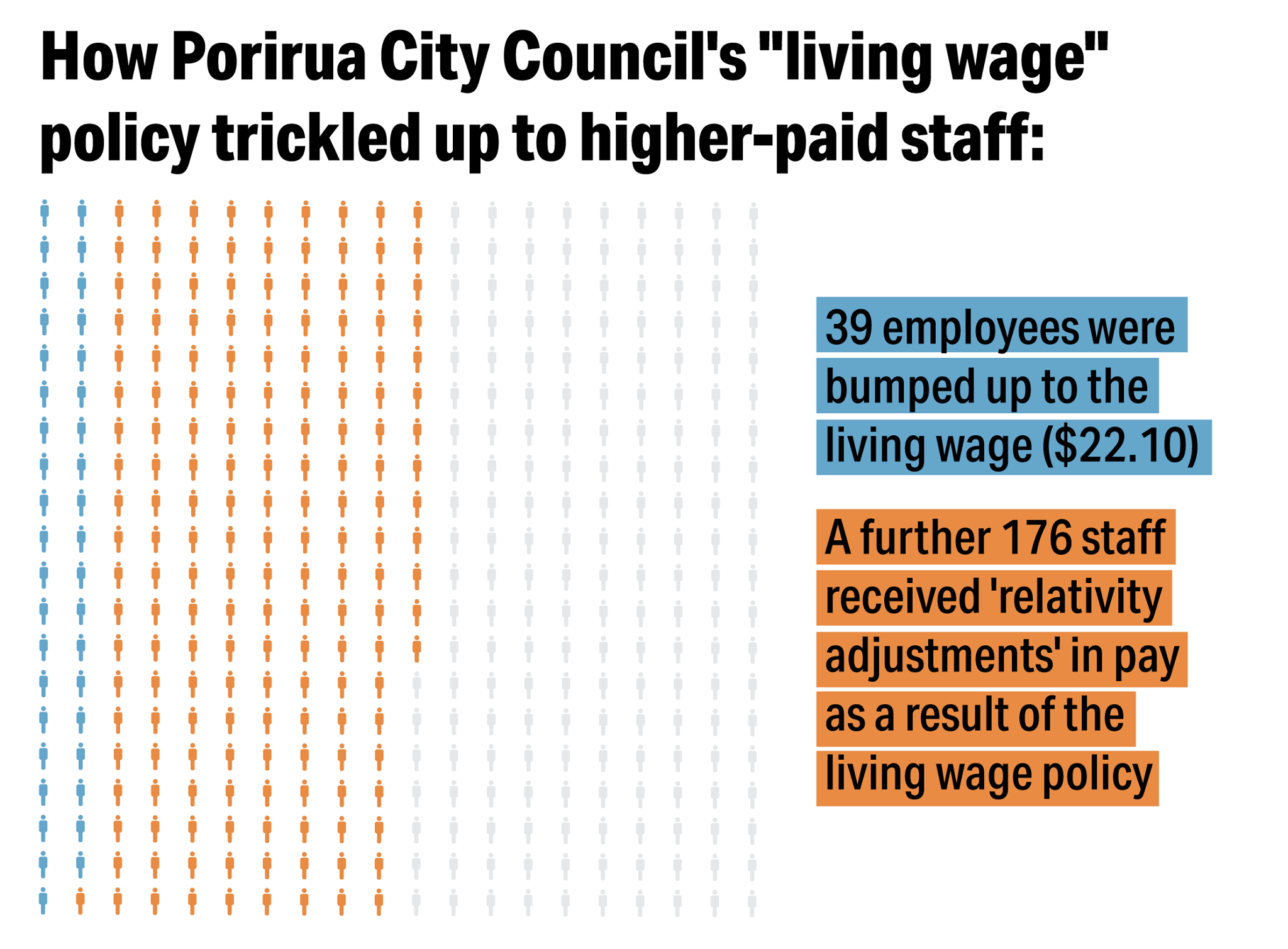 In July 2020, while 39 staff were moved up to the living wage rate, a further 176 received ‘relativity adjustments’ in pay as a result of the Living Wage policy – including staff already paid as much as $30.53 per hour.

For every council worker who was bumped up to the Living Wage, another three workers paid more also received a pay hike.

The announcement of the Living Wage policy was sold to Porirua ratepayers as helping out workers on the bottom rung, just enough for them ‘to live a life of dignity’. Now we learn that more than half of the Council’s staff got a pay hike as a result. That is an under-handed, self-serving way of increasing Council pay.

Of course, this occurred in the immediate wake of New Zealand’s COVID-19 lockdown, when ratepayers and businesses were cutting back to ensure financial survival. The pandemic should have led the Council to reconsider its Living Wage policy – instead, it was expanded. Ratepayers will see the clear link behind this kind of indulgent spending and the Council’s planned eight percent rate hike.

The Council is now planning to demand that any and all private contractors working for the Council also pay their workers a Living Wage. The cost of this move will likely blow out as the Living Wage effect trickles up to higher-paid contractor employees.

This should serve as a warning to all Councils considering a Living Wage policy. The intention to help low-paid workers may sound noble, but other staff are likely to demand commensurate pay hikes. That cost needs to be taken into account and communicated transparently before any decision is made.

The information was obtained via an official information request and passed on to the Union by a concerned ratepayer.