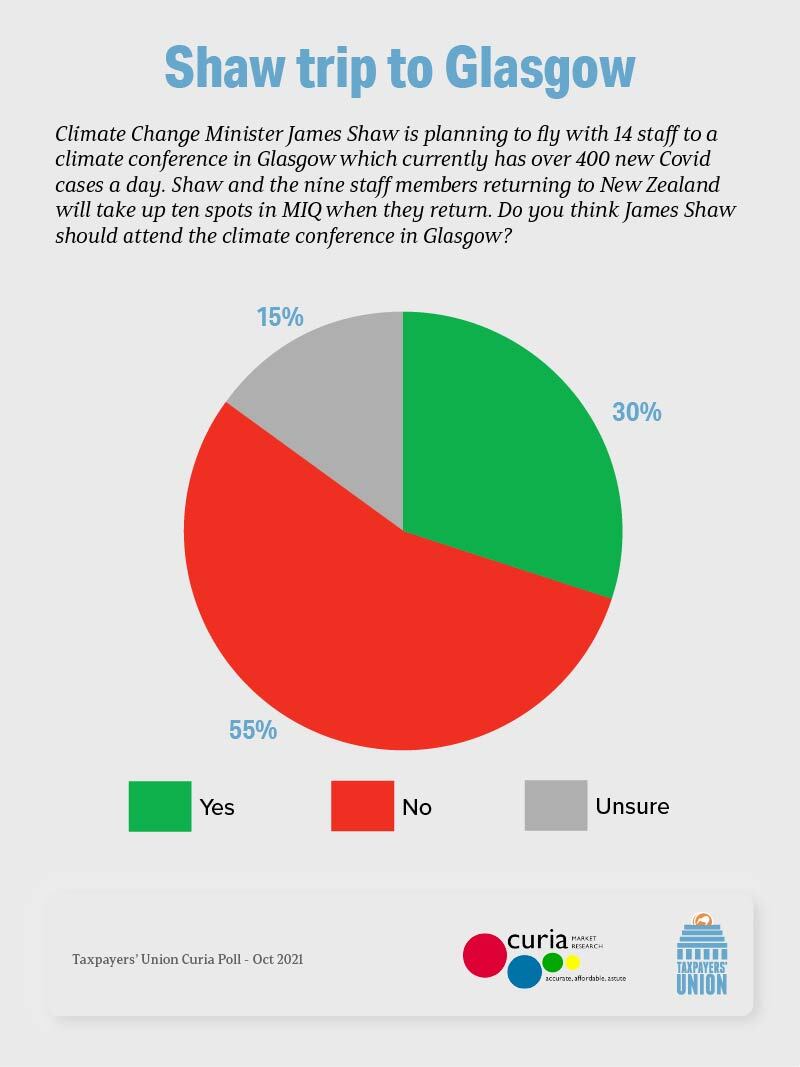 The Minister, accompanied by 14 staff, will fly to Glasgow where daily COVID-19 cases currently exceed 400. On his return, Shaw and nine of his staff will occupy 10 MIQ spots. The Taxpayers' Union Curia Poll asked whether New Zealanders believed the Minister and his staff should be attending this conference. 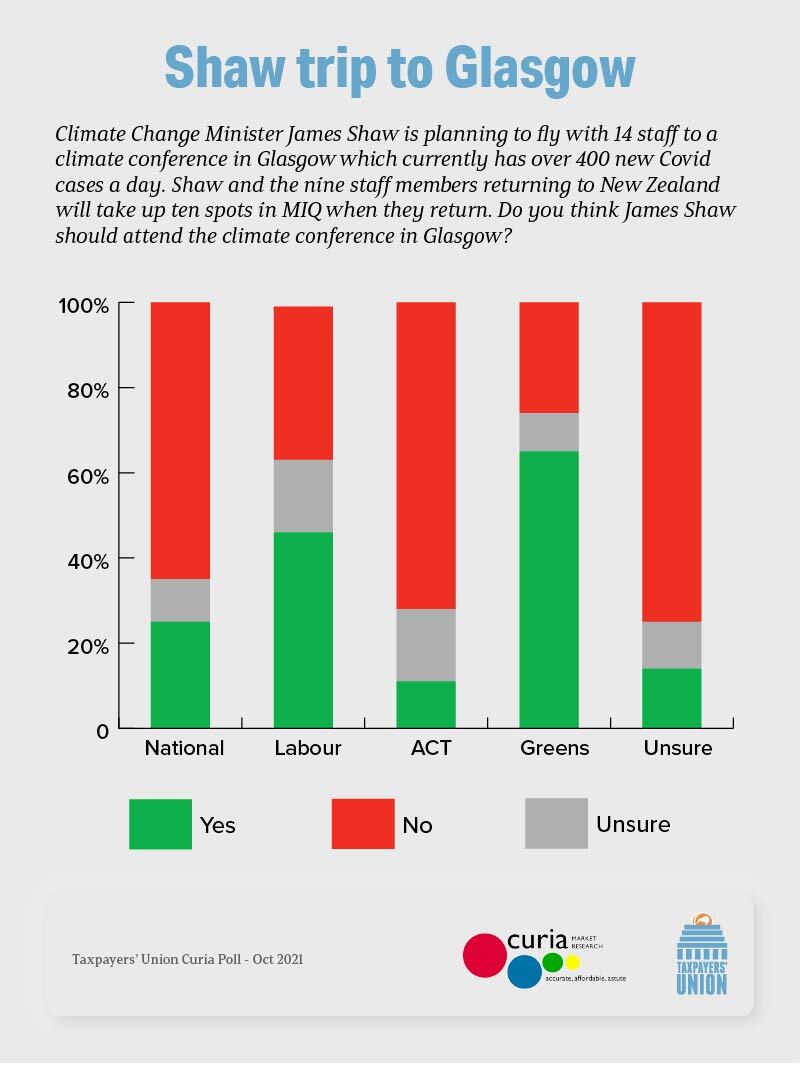 With the current severe domestic and international COVID-19 travel restrictions, the Minister's overseas adventure flies in the face of New Zealanders' sacrifices. Given the evident lack of public support, the trip is an unwanted blow to the taxpayers footing the bill for the Minister and his entourage's flights, accommodation, and dinners.

While one already struggles to see economic justification for the trip, the environmental costs seems even more unbalanced. With an average fly time of 50 hours for a return trip from Auckland to Glasgow, the Minister and his staffers will emit more than 125 tonnes of CO2 travelling to and from the climate conference. As we've said previously, if the Minister had wanted to avoid perceptions of climate hypocrisy and wasteful travel, he should have announced the New Zealand contingent would be calling in via Zoom.