Originally published by the National Business Review on Thursday, 26 May 2016 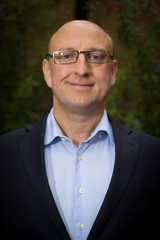 The one thing we knew wouldn’t be in the Budget this week was tax cuts. The Government has said not today, probably not next year but maybe at some stage before 2020.

While National has done a good job at getting the Government’s books into surplus, it has done so on the back of an increasing tax burden on New Zealanders.

National campaigned in 2008 on tax cuts. They implemented the first tranche of their programme in 2008, but ditched the next two tranches. In 2010 they did a tax switch which saw GST increase and personal rates decrease. This was designed to be overall fiscally neutral. So the last true reduction in the tax burden was in 2009.

Fiscal drag has helped the Government balance the books, as rising wages push people into higher tax brackets. This has been quite considerable.

A centre right government should be sticking up for Ms Median, and pledging to allow her to keep more of her earnings. Someone on the median wage is not rich. They should not be facing a 30% marginal tax rate on top of 15% GST.

Looking at other significant parties is even more depressing. Labour have just announced that they will campaign to increase taxes on New Zealanders in 2017, and the only thing they don’t know is by how much, and what new taxes they will impose.

NZ First promises more in spending than all the other parties combined, so they offer no hope for tax relief, unless it involves massive deficits.

The Greens attitude to tax, is to impose one on anything they disapprove of – and that is a very very long list. I once counted up all the things they wanted to ban (there were around 120), so I imagine the list of things they want to tax is equally high.

As I have a masochistic bent, I have been keeping tabs on all the spending demands made by political parties, MP, media, NGOs and others since the 2015 Budget. In just one year an extra $15 billion of extra spending (per year) has been demanded. And that is not even including Labour’s flirtation with a Universal Basic Income which could easily add $10 billion more to that.

However Ms Median paying an extra $2,000 a year in tax doesn’t get front page newspaper headlines which seem reserved for stories saying it is outrageous that a family has to repay the massive cost of their taxpayer funded motel accommodation after their last three state homes tested positive for Methamphetamine and they were banned for a year.

This family of ten appear to have been receiving close to $3,000 a week in assistance, or $150,000 a year. $1,200 a week in welfare payments and $1,700 a week in motel accommodation. Despite this, the complaint is that taxpayers are not generous enough and should not be expecting any of this money to be repaid.

No matter how much money the Government spends, there will be scores of politicians and lobby groups demanding even more. That is why the Taxpayers’ Union will be fighting for a commitment from the Government to reduce the tax burden on New Zealand families, rather than competing with parties of the left on how best to spend the surplus.