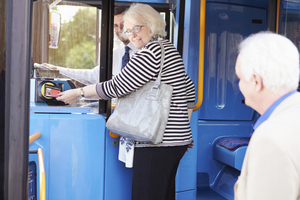 The Herald on Sunday included comments from Taxpayers' Union Executive Director Jordan Williams in coverage of the recent "No car? No problem!" brochure from the Office for Senior Citizens which cost approximately $37,000 excluding staff time.

"A brochure telling senior citizens they can walk or catch the bus when they're no longer able to drive has been slammed as patronising and a waste of public money."

The brochure, which was first printed in 2005 with an updated version this year, has cost about $37,000, excluding staff time.

"Our seniors weren't born yesterday - spending taxpayers' money to produce patronising brochures explaining to them the existence of taxis and public transport is insulting.

"The Government is throwing money away at brochures that parrot what is surely common sense."