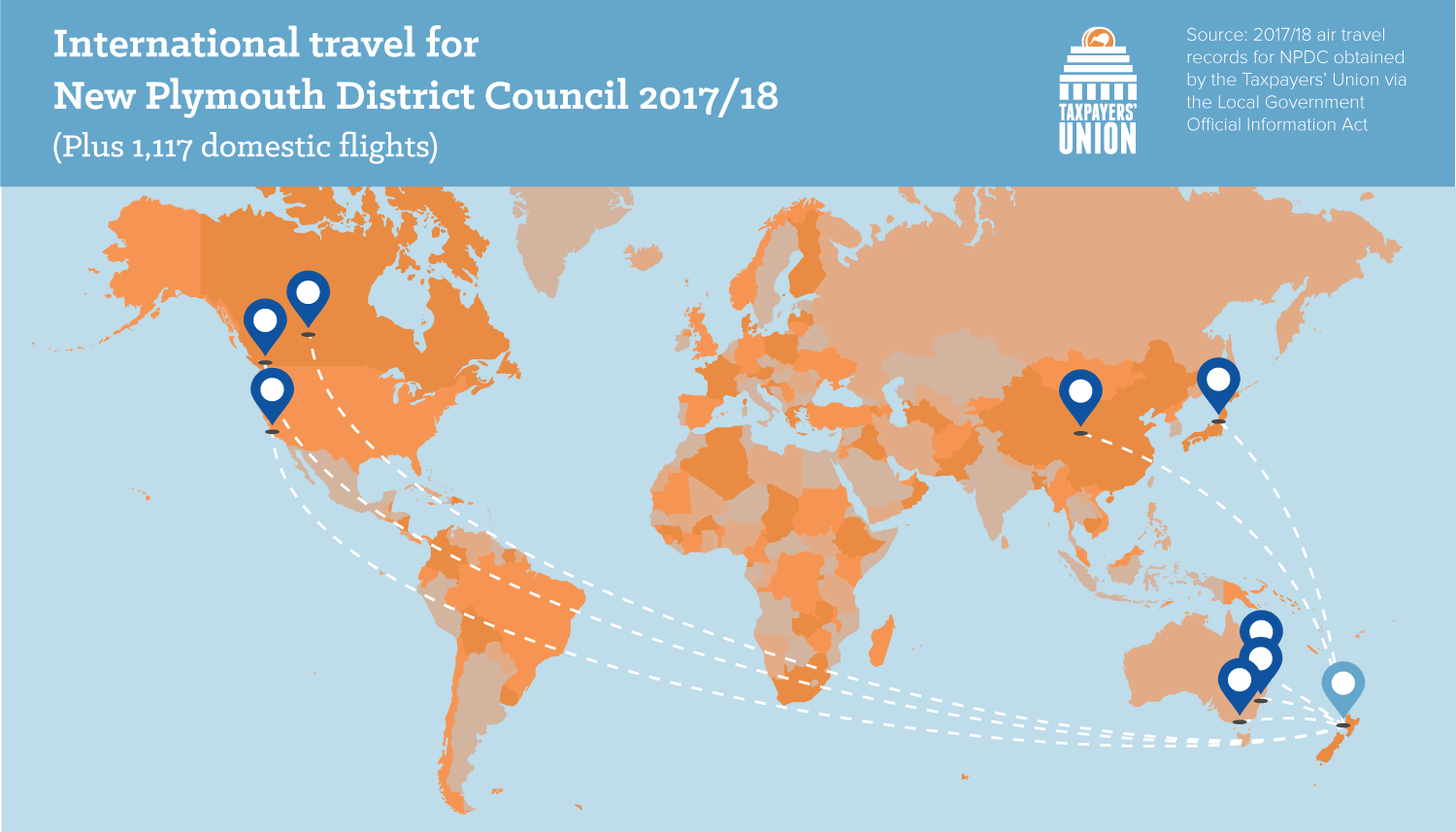 Former Govett-Brewster Art Gallery/Len Lye Centre director’s Simon Rees’ overseas travel was not ratepayer funded.  Supplied information should not have included three overseas trips by Mr Rees, which were funded by the Molly Morpeth Canady Fund. This funds all the director’s travel and associated expenses.

The Taxpayers’ Union can reveal that New Plymouth District Council was the fourth highest-spending council in the country when it game to air travel in the 2017/18 financial year. The Council spent $285,391 on flights, $256,235 of which was domestic, $29,157 international.

For comparison, that is more than twice Palmerston North City Council’s spend, and even slightly higher than Christchurch City Council.

New Plymouth District Council’s travel habits are eye-wateringly expensive, both in real terms and relative to other Councils.

The Council will argue that it faces higher costs due to its remote location, but that’s also true for Councils like Whangarei who managed to keep costs down. The question ratepayers will be asking is why is so much travel necessary in the first place? Every day spent travelling outside the district is less time focused on local needs.

Flight expenditure is important because it reflects the culture within the Council. How can ratepayers be assured they’re getting value for money on roads and rubbish when staff fail to display frugal attitudes on less important spending like travel?

This information has been collected as part of the Taxpayers’ Union’s annual Ratepayers’ Report, which will be released in full later this year.