Wellington has seen a flurry of activity this week as Bill English declared that he would be stepping down as National Party Leader and resigning from Parliament. We thanked Mr English for his service on behalf of taxpayers, noting his success in cutting taxes in 2010 and making state owned enterprises more efficient in the previous Government’s second term. You can read our media statement here.

However, minds must now turn to the race for the leadership. So far Amy Adams, Simon Bridges, and Judith Collins have declared, although there is speculation that Mark Mitchell and Steven Joyce are also considering entering the contest.

The National Party leadership will be determined by a run-off vote among the Parliamentary caucus, with the vote scheduled to take place on the 27th of February. 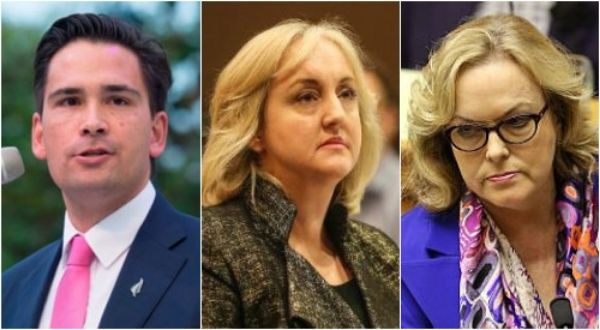 So, who should win?

Members and the media have contacted us asking who the Taxpayers’ Union will be endorsing.

The Taxpayers’ Union won’t be endorsing any of the candidates for the National Party leadership. However, it is important to acknowledge that the leadership race will shape the largest centre right party, and its policy platform, for years to come.

That’s true of any political party – you only need to look at the Liberal Party in Australia to see the difference between the leadership of Tony Abbot and Malcolm Turnbull. Closer to home, we saw very different visions of the Labour Party during their widely publicised leadership races in 2013 and 2014.

Whoever wins this race will have a significant impact on the political landscape, including issues facing taxpayers. We all have a stake in this race.

This contest is not proceeding behind closed doors. Candidates appear eager to prove their chops in the media. This is an opportunity for the public, because, while we may not have a vote on the leadership, we can secure some basic commitments from the candidates.

Here’s are the questions journalists should be asking the contenders:

But isn’t this a caucus matter?

While it’s true that only caucus members get a vote, Members of Parliament are ultimately accountable to the electorate.

Every National Member of Parliament will have a say in the leadership, and when the next National Party leader only needs 29 people to support their bid, your local National MP could be determinative.

Letting your local National MP know that taxpayers deserve a voice in the leadership could be crucial in shifting votes.

Contact details for all National MPs are available here.