Satire: My heroic journey back to New Zealand 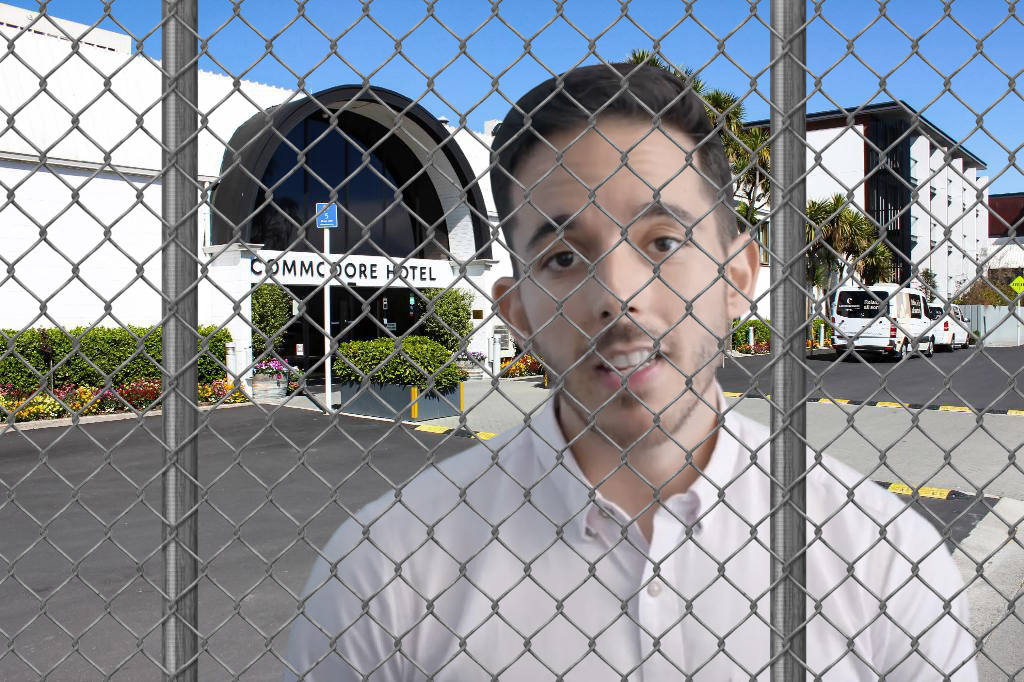 Gracefully returning from Mexico, the third most deadly hotspot for COVID-19, suddenly I am confronted by a border guard demanding all this paperwork about quarantine, isolation, and contact tracing that apparently I, a busy Member of Parliament, should have filled in “months ago”. “Months ago?” – who can understand such bureaucratic jargon?

Responding to the frontline staff, I point out the obvious absurdity in his argument. “Next”, I quip, “you will be saying that Kiwis should not travel to Mexico at all.” He produces a piece of paper from the Ministry of Health and Ministry of Foreign Affairs and Trade saying exactly that. However, I spot that it is almost a year old. I cannot be expected to keep up with these historical edicts about the country of my birth and long intended travel destination. I am a list MP.

This will not stand. I fix the guard with my most smoldering Central American gaze and confidently ask: “Do you know who I am?”

Turns out he has absolutely no idea who I am, and no one in the growing and increasingly restless line behind me can help him. Someone quipped that I might be “Cliff Curtis’ less famous brother” which was the best of a bad bunch.

I decide to go over the guard’s head and ask my old comrade Chris Hipkins for an emergency MIQ slot. Problem solved, so I return to Koru Club for a free-range soy latte with a twist of GMO-free lemon.

Well, it seems that Minister Hipkins (as he insists I call him) either does not know who I am, does not care who I am, or does not consider backbench Green list MPs to be a service “time-critical for the purpose of delivering specialist health services required to prevent serious illness, injury or death; or the maintenance of essential health infrastructure.”

Undeterred, I lodge another application for an emergency exemption on the grounds that my “urgent travel is required for national security, national interest or law enforcement reasons.” It is also declined, but I do not think the Minister had to address the letter “To who it may concern”.

Over a leisurely dandelion and bog myrtle muffin in the lounge, I realise this situation could actually look bad from a PR perspective. Even the tamest of journalists will occasionally latch onto stories about Green MPs who preach carbon neutrality constantly topping the frequent flyer mile chart, or members of the most principled party in Parliament repeatedly trying to use their status to jump the queue on the grounds of non-existent health expertise or for reasons of national security.

I call in our communications “big gun” – though the Greens' musterer insists he/she/they are referred to as “the sizable inclusive conversationalist”.

It is Clint. He may have a surname, but everyone calls him “Hey Clint” for some reason. Probably a cultural title… Hola Ricardo has quite a ring to it. Will write to the Speaker and see what he/she/they think of my plan.

“Hey Clint” has come up with a great strategy for when the opposition and media find out what I have done. I should say that I never wanted either of the emergency exemptions I applied for. You know, both those applications that used up time and resources from officials, the head of MBIE, party leader James Shaw, and Minister Hipkins. I am sure they relished a bit of excitement during these quiet days of summer.

He – and I now have written permission to call Clint he – suggested I mention family illnesses and my long-term partner as often as possible, but not mention I go to Mexico at this time every year.

On reflection, this might actually be good for my career. I have never had so much coverage. I should go on holiday more often.