New report: Money for all - considering a Universal Basic Income 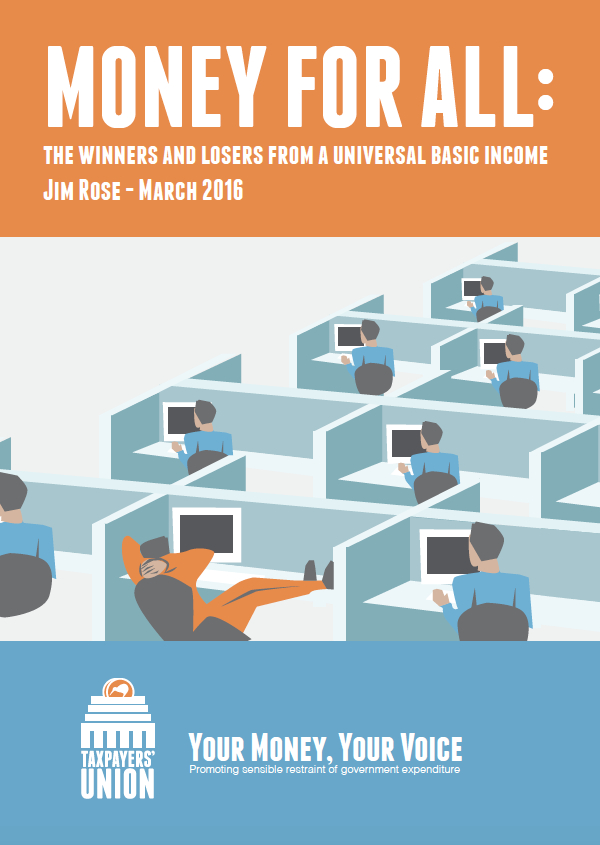 A Universal Basic Income which avoided superannuitants and beneficiaries being made worse off would require a flat rate income tax of more than 50% or drastic cuts in Government services to pay for it, according to a new report we're releasing today.

The report, Money for all: the winners and losers from a Universal Basic Income, by economist Jim Rose, examines the Labour Party’s “Future of Work” proposal for a UBI and the more modest proposal by the Morgan Foundation.

A more affordable version of Labour's scheme, such as that proposed by the Morgan Foundation of $11,000 per annum ($210 per week), would cost $11 billion dollars more than the existing welfare system, while making solo mothers $150 per week worse off. For superannuitants, a UBI at this level would see their  weekly income reduced by $50.

We find it startling that the Labour Party would be floating the idea of a replacement to the welfare system that would see those most vulnerable in society being far worse off. A UBI replaces helping those most in need with handouts to the middle-class and millionaires.

If you take Labour's assurances that no one will be left worse off under their UBI, the amount would need to be so high that Treasury's economic modelling suggests that a flat income tax of between 50.6% and 55.7% would be needed to pay for it.

Here is a political party which for years has rightly been telling New Zealanders that current superannuation entitlements are unaffordable. Now they want to effectively extend the same scheme to every New Zealander from the age of 18.

The Morgan Foundation proposes to pay for its more modest UBI with a tax on those holding capital. Such a tax would incentivise all those modern and innovative industries Labour want to encourage, to shift off-shore.

We don’t believe Labour have fully considered the consequence of a UBI on labour supply and economic incentives. People would almost certainly work fewer hours meaning that the burden of supporting the programme would be borne by a fewer number of taxable working hours, potentially requiring even further tax increases.

Even the Labour Party's own paper concedes that the taxes that would be required to fund a UBI higher than $11,000 per year may be 'unrealistically high'. The analysis in the report certainly backs that.

You can also download the report as a PDF here.