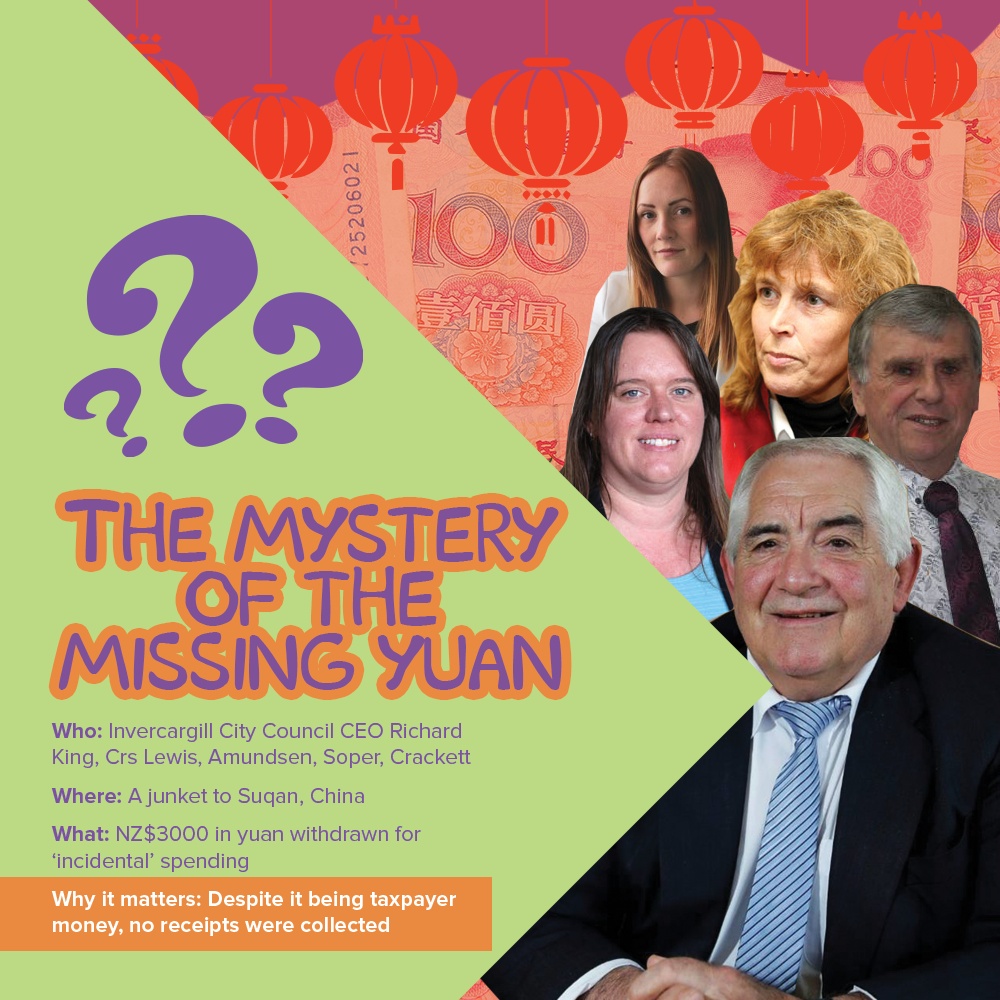 The New Zealand Taxpayers’ Union is calling on the CEO of Invercargill City Council to take responsibility for untraceable cash spending that occurred on a trip to China.

In late 2017, four Invercargill City Councillors visited the sister city of Suqan, China. The CEO withdrew $3,000NZD worth of Chinese yuan for expenses. At the end of the trip, $1,780.45 was returned.

This is not surprising. What is surprising is that when the Taxpayers’ Union asked for receipts, the Council said that none were collected. It is a core responsibility for any CEO to ensure that expenses are recorded. The fact the CEO was ready to untraceably spend up to $3000 is alarming.

Quite frankly, the Council’s explanations can never be satisfactory because ratepayers are forced to take them on their word. It’s standard for ratepayer money to be used on incidentals, including booze and entertainment, but without any receipts it’s left to our imagination just how much fun Councillors had on the ratepayer dime.

Most concerningly, the Council says this is standard practice for its sister city visits. Other Councils collect receipts for all travel expenses. We’re calling on the CEO to take responsibility for this basic failure of accountability, and to introduce better practices. In the meantime, ratepayers are left wondering whether this behaviour reflects a deeper culture of arrogance within the Council.

Attendees of the trip included Crs G Lewis, R Amundsen, L Soper and A Crackett. With them was CEO Richard King and a staff member. Venture Southland and Chamber of Commerce officials also attended but paid their own way.